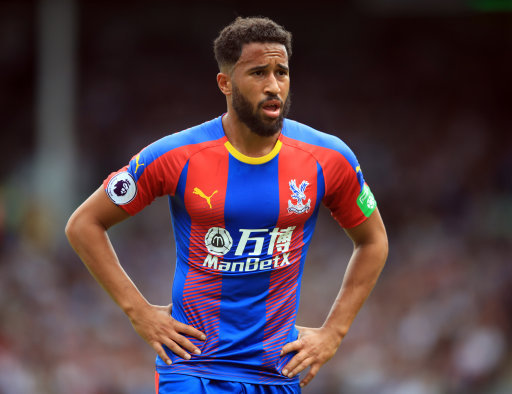 Andros Townsend has admitted he felt Wilfried Zaha might leave Crystal Palace this summer, but feels keeping him equates to a successful transfer window.

Zaha was widely linked with a move away from Selhurst Park this summer but remained at the club following the early closing of the transfer window on August 9. The likes of Chelsea, Manchester City and Borussia Dortmund were rebuked, with Palace holding firm on their valuation of their prized asset.

And Zaha has already made his mark this season, netting the second in the Eagles’ opening day 2-0 victory against newly-promoted Fulham. Team-mate Townsend is adamant that the South Londoners will have a good season even if the Ivory Coast international produces half the form he did in the previous campaign.

Townsend said: “You can talk about good windows and clubs signing six or seven players, but for us keeping Wilf equals a good window. I didn’t think we would be able to keep him beyond this window but I’m very thankful that we did. Hopefully he can produce even half of what he did last season because then it will be a good season for us.

“The speculation is normal at every club. All your best players are linked to other clubs but it’s just about keeping your head down, doing your work. Whilst we are thankful that he decided to stay, if he had gone I’m sure we would have done okay.

“With or without Wilf, we still have good players with Premier League experience. Whilst we are thankful that he decided to stay, if he had gone I’m sure we would have done okay.

“There’s a bit of banter about speculation but we’re here to do a job. Whoever comes and goes we will always stick together as a group. He’s a top player, one of the best in the league.”

Zaha’s goal was created by some excellent work from 20-year-old full-back Aaron Wan-Bissaka. The academy graduate shrugged off challenges from Aleksandar Mitrovic and Ryan Sessegnon before sliding an inch-perfect pass through to the forward, who rounded Fabri and rolled the ball into the net.

And Townsend has been impressed with the England under-20 international: “He’s been incredible from his first game, his debut against Spurs. His work for the second goal is actually not a surprise to us.

“Day-in, day-out he shows us how good he can be defensively and also how good he is at getting forward, he’s always shrugging off other players. We’re lucky to have produced a player like him, hopefully he can keep his head down and turn into a top player for us.

“Bringing through young players saves you in the transfer market. It saves you spending big money on other players if you’re producing players like Aaron, Sullay [Kaikai] and Jonny [Williams]. It means you can reinvest elsewhere. Hopefully there are one or two more coming through the academy who can put pressure on us to stay in the team.”