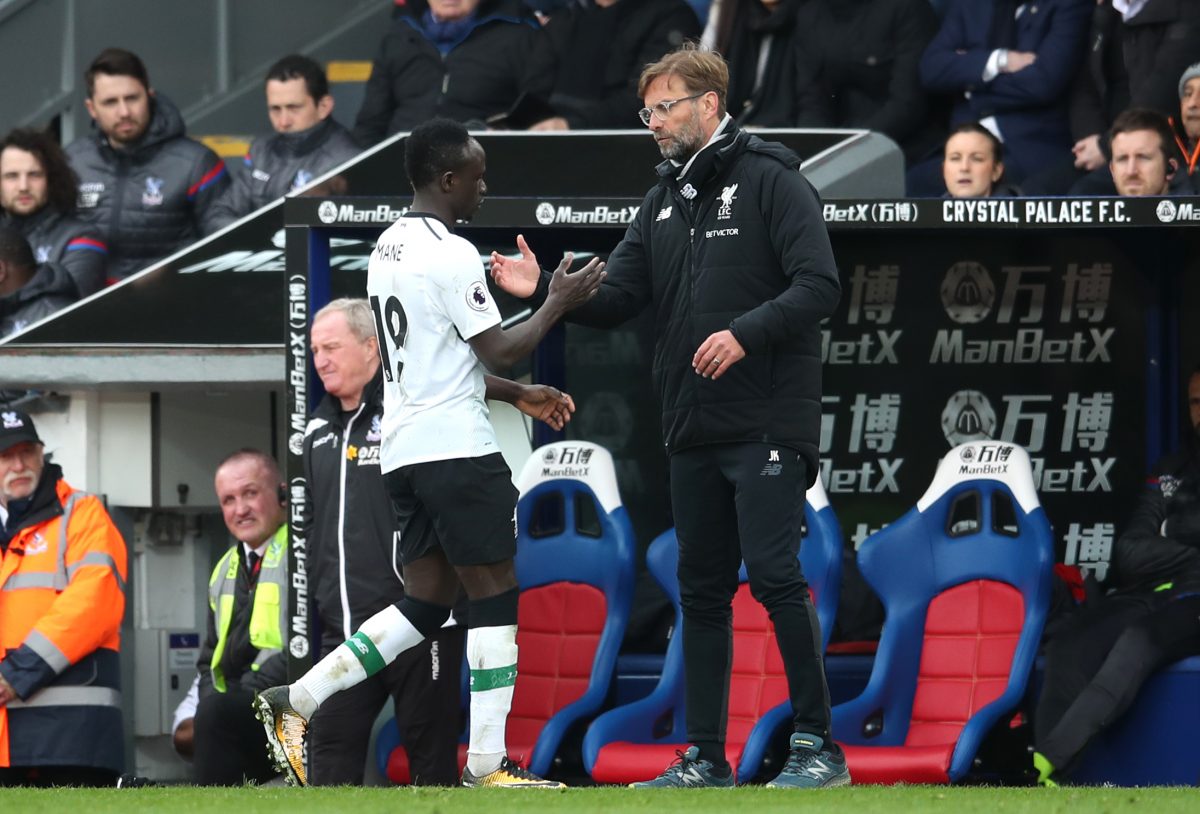 The Reds forward had been booked for simulation in the first half before he inexplicably picked up the ball in the second period expecting a free-kick to be given in his favour – only for Neil Swarbrick to not produce another yellow card.

Hodgson said: “I think the bulk of the judgement and analysis will be biased in favour of the fact that his (Mane’s) handball should have been a second yellow card which would have resulted in a red.

“The bottom line for me is that it is a refereeing decision. Decisions are going to be made and you hope that they are going to go your way. They do sometimes and sometimes they don’t.

“I’m not going to be sitting here and suggesting the only reason we came away with another defeat is because the referee did not send one of their players off. You can discuss those things until the cows come out. That’s the so-called ‘referee watch’ that is so popular these days. I prefer ‘football watch’ and ‘football team watch’.”

The Eagles had led at Selhurst Park through Luka Milivojevic’s ninth goal of the season but Mane equalised shortly after half-time. Mohamed Salah then added to his prolific season with the winner in the 84th minute to condemn the South Londoners to their sixth defeat in seven games.