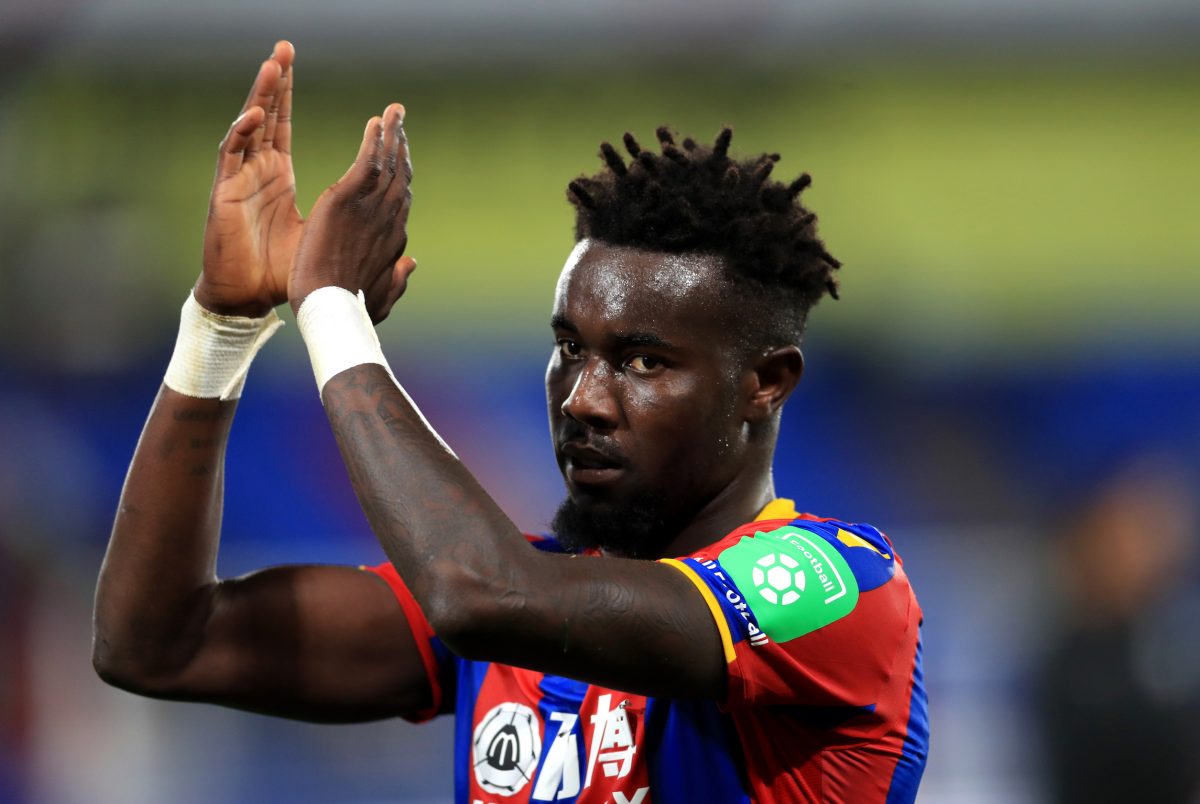 With eight minutes left in Crystal Palace’s final Premier League match of the season, the fourth officials’ board went up with the numbers ‘3’ and ‘23’ on it. As Palace’s left-back Patrick Van Aanholt left the pitch after his third goal in as many games had made it 2-0 to the Eagles against West Bromwich Albion, the Dutch defender basked in the applause of a sold-out Selhurst Park, recognising his contribution.

But as number 23 entered the pitch, the sound went up a notch as Senegalese defender Pape Souare returned to league action over 600 days since his last outing in the Premier League – at home against Bournemouth in August 2016, a few days before a devastating car accident on the M4 in which he nearly lost his life.

After being airlifted to hospital it was later revealed he had broken his thighbone and jaw, but he fought back to full health and fitness and his return to league action yesterday was his fourth appearance of the season following two league cup and one FA Cup appearances in September, October and January.

“I felt good because I’ve been training with the team at least for a month, so I know them, I know this stadium as well, so everything went well,” said Souare.

“I was always working hard [in training],” he continued. “[Roy Hodgson] thought I deserved to come in and he gave me the chance, even if it was not long I’m happy to be on the pitch again. He told me before if everything goes well I will come on and he did it.

“It was a long recovery for me, but I’m very happy and proud to be back playing on the pitch.”

With just those handful of cup games since August 2016, Souare has had to not only come back from a potential career-ending injury but get back to full fitness and make his way into a settled team which were just a few goals short of a top-half league finish and the 27-year-old has looked on as an unused league substitute 16 times this season before finally making an appearance in the finale.

“When you watch the team [from the bench], you [want to] offer your heart and everything for this club because they gave me the chance to come in the Premier League, so it’s just about that,” said the former Lille player.

“But everyone knows that I had a big injury, so I am very proud for this season’s recovery and to be back on the pitch. The medical team and everyone around the club has been very good and you can see it because I recovered very quickly, so I’m proud of them as well because they helped me a lot and I’m back on the pitch.”

While the football season may be over in SE25, for Souare, there is the small matter of the FIFA World Cup where his national team Senegal are drawn in Group H alongside Japan, Poland and Colombia and after being named in the squad for friendlies back in March the left-back is hoping to make the final cut for Russia.

“It has been a long time where I didn’t [play for Senegal] but now it’s time to go, if I get called,” he said. “It would be great for me to end the season [with the World Cup] as well, but I don’t really know because I don’t think the list is out right now so I’m just waiting for it to come out.

“It would mean a lot – it meant a lot to come on the pitch at the end today [Sunday] so going to Russia is just a bonus for me as well. I can’t wait to see if I go or not.”

As Souare prepares for a trip to Russia, he will take with him fond memories of a season in which he has fond memories off the pitch, despite just a handful of first team games.

“The fans have been great, everyone can see it,” said Souare about his support in South London. “I can see it as well everywhere in the social media how they support me, and when I came on, how they sung my name.

“It’s been a very amazing season for me because everything was questioned before, but now I am very happy to put the shirt on back on the pitch playing. It’s too early to talk about next season, as this season just finished so let’s just see how it goes.”