Imani-Lara Lansiquot was partly named after a cricket legend, but is showing signs that she could reach the top of another sport.

The 21-year-old recently set a personal best for the 100 metres of 11.09. That puts her fourth on the Great Britain all-time female list behind Dina Asher-Smith, Montell Douglas and Desiree Henry.

Lansiquot, born and raised in Peckham until she was 10, will be in action at the Müller Anniversary Games later this month at the Queen Elizabeth Olympic Park where she will run in the 100m and the 4x100m relay.

She was part of the team that won gold in the 4x100m at the 2015 European Junior Championships, 2018 Athletics World Cup and 2018 European Championships. 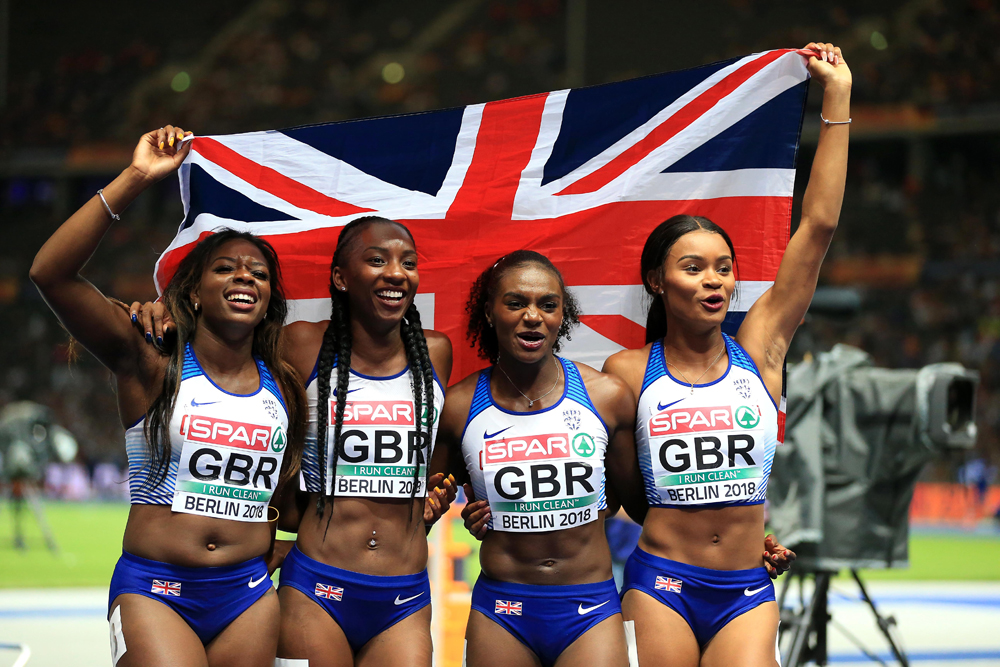 “I’ll be running against the best girls in the world,” said Lansiquot. “I’m going into it with a personal expectation to hopefully get close to my PB or break it.

“I’ll be up against girls who have won Olympic Games and World Championships and I’ll be racing against them so early in my career. I’m hoping to make a final and run a PB in front of a home crowd. It’s going to be an incredible atmosphere at the stadium, as it always is. I’m super-excited for it.

“I get good nerves, quite positive nerves. I don’t get scared any more, because I feel I do belong on that world stage. I get anxious to just be able to do my best, if that makes any sense.”

Lansiquot, who came fourth in the 100m in the 2016 World Junior Championships, ran her PB outdoors in La Chaux-de-Fonds in Switzerland on June 30.

So can she tell before she runs if it is going to be her day?

“I do actually. I get a gut feeling. It’s been quite bizarre because if I stand on the line and I feel super-tired then I know my adrenaline levels are through the roof and I’m going to run fast.

“It’s really weird – it’s almost the opposite to what you think it would be.

“That’s the feeling I’m hoping to get at the Anniversary Games.” 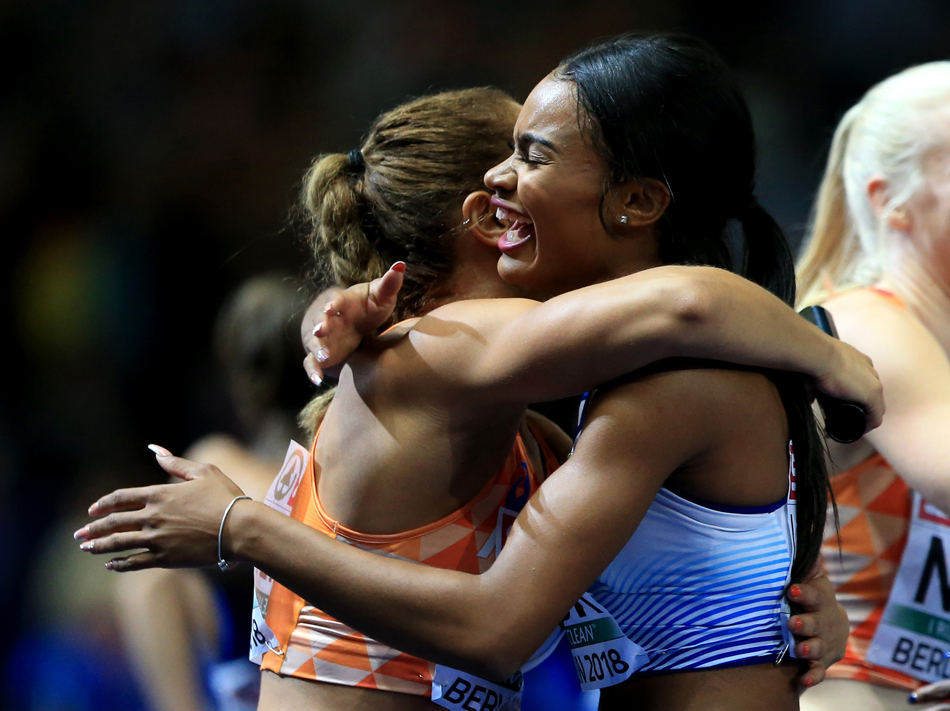 Now she is studying a degree in psychology at Kings College London. It seems knowledge of that subject could be a useful tool in elite sport.

“It is difficult,” said Lansiquot, who runs for Sutton & District. “It gives me a really interesting insight into the way that I am around races. It’s made me aware of the kind of conversations I need to have before I race and after I race.

“I’m super-protective of my mental state because I know sport, I would say, is 80 per cent mental and 20 per cent physical. Especially high-level sport. So doing a psychology degree definitely accompanies that quite well.

“I’ve always wanted to a clinical psychologist. It’s always been my dream from when I was young. That was before I got into track. I want to bring the two together in some way, shape or form but that is a very long-term plan.”

The comparisons have been made between Lansiquot’s emergence and Dina Asher-Smith. The Blackheath & Bromley Harriers racer, 23, has a glittering trail of gold behind her and won bronze in the 4x100m relay at the 2016 Olympics in Rio as well as bagging silver in the same event at the 2017 World Championships. 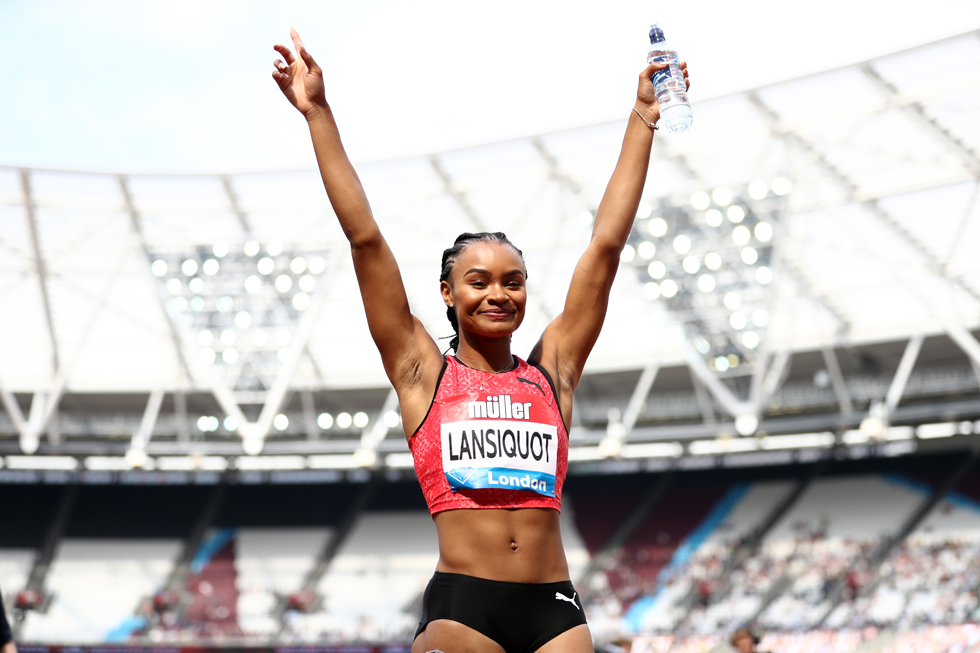 Asher-Smith, from Orpington, claimed gold in the 200m and 100m in the 2018 European Championships in Berlin.

Another parallel is that Asher-Smith also attended Kings.

Does Lansiquot mind being called the next Dina Asher-Smith?

“I do really appreciate it because she is an incredible athlete but I want to have my own journey and story.

“I’m sure our journeys will be very different in sport as we get older.

“I’m focused on what I’m doing and we’ll see how it goes. It is an honour though.

“I remember my first week [at Kings] and I messaged her saying: “God – what did you do, how did you do it?’ She gave me some really cool advice and it alleviated the pressure.

“It felt daunting to couple elite athletics with quite an elite university. It’s gone pretty well so far. I got a 2:1 in year two and I’m hoping to push that to a first in my third year.”

Part of excelling at a sport is a dedication to it – spending hours honing your skills, pretty much 365 days a year.

But Lansiquot doesn’t find that a drain or a struggle to maintain drive.

“It’s probably a dull answer but I’m one of those people who is always motivated,” she said. “I know what I want and I go after it. Training for me isn’t a chore. It’s something I love and relish, because I know I don’t really have a choice if I want to do what I want to do.

“I try and make training a sociable thing. It’s more uni that I’m not motivated at times! But we’re getting it done and making it work. I’m pretty happy about that.”

So if she had a magic wand, what would she want to achieve?

“Olympic gold – 100 per cent. I want to be an Olympic champion. I know I’m really young and got a long way ahead in my career, so I’m hoping to make two or three Olympic games.

“I want to win one, that’s really my dream.

“The Müller Anniversary Games is the pinnacle of my season before the British trials. It’s an incredible competition and my family always come to it – they take 20 people as support.

“I’m hoping to see fellow South Londoners supporting me there.”

Lansiquot is partly named after Trinidadian cricket legend Brian Lara – all down to her dad.

“I’m waiting for the day I meet him and embarrassingly admit that and see how that goes down.”

If Lansiquot can accelerate her career on then Lara might already know all about here if their paths do cross.

Tickets for the Müller Anniversary Games are on sale at www.theticketfactory.com/british-athletics