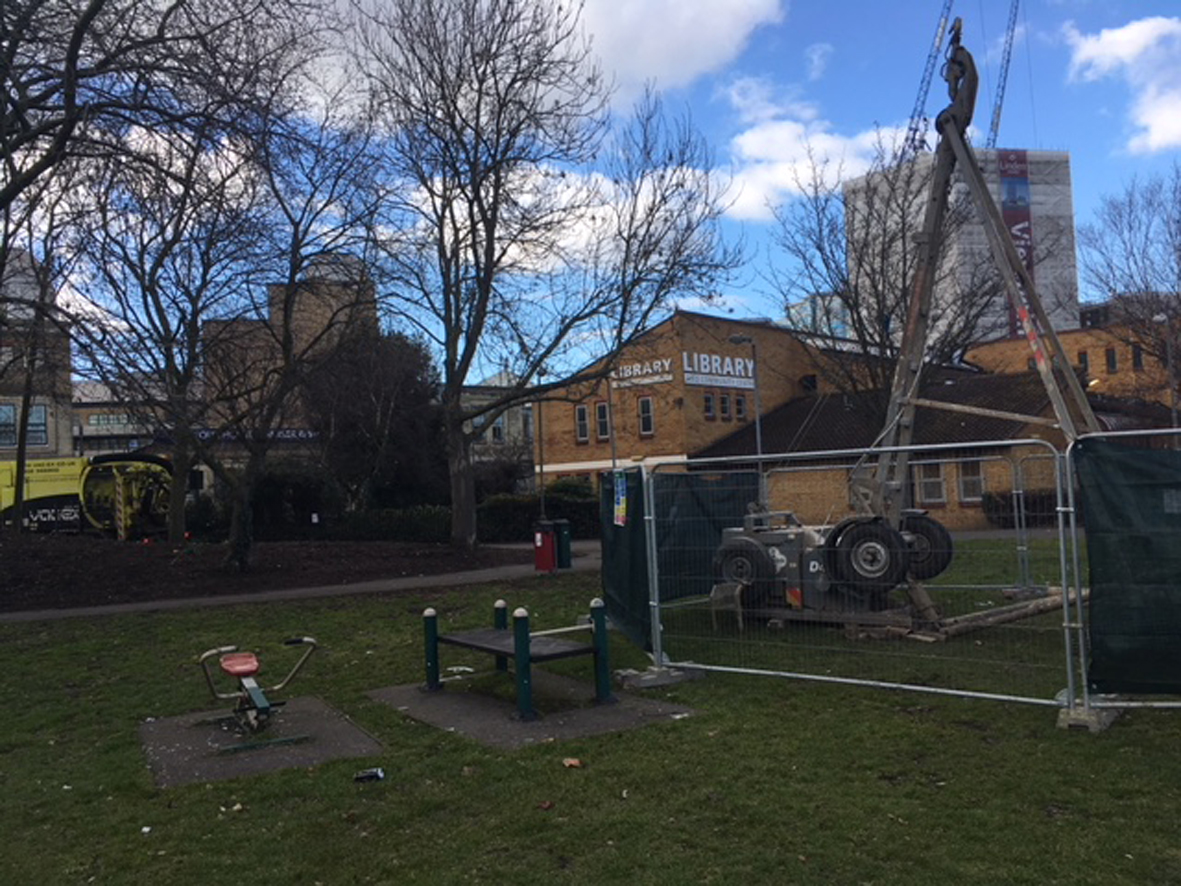 Residents of a run-down estate are fuming at plans to demolish it and build 2,000 new homes on a neighbouring park.

Wandsworth council wants to regenerate the Winstanley and York Road estates in a joint venture with construction giant Taylor Wimpey by developing York Road Gardens and turning a nearby brownfield site into a new park.

Planners say the scheme would create a much-improved and enlarged green space. There will also be a new library, new leisure and community centres and a children’s centre.

But concerned resident Dinara Kettlewell, 30, of Parkside St Peter’s and husband Rob, are leading a campaign to save the park. She said: “They want to build on a green area.

“There are very few green spaces with trees left in London and thousands enjoy this area regularly.

“Local children, including my daughter, will be deprived of a beautiful park.” The couple recently moved to the area and say they were told in 2015 there were no plans to build there.

Rob Kettlewell, who has started an online petition opposing the scheme, said: “Our searches said there were no plans to develop York Gardens park at all.

“Then a year later up comes this massive building project there.

“Since February this year we have asked several times for the council to provide evidence of the local support it says it has for the new plans but they have not replied.”

The leader of Wandsworth council, Cllr Ravi Govindia, has said the development will include “a much-improved and enlarged York Gardens park”.

He said: “The council and Taylor Wimpey’s joint venture is, with cross-party support, redeveloping these estates to build more than 2,000 new properties, guaranteeing newly-built homes for secure council tenants and owner-occupiers on their estates.

“There will also be a new library, new leisure, community and children’s centre, as well as a much improved and enlarged York Gardens park, all of which involves reshaping layout, with proposals adapting over the years to public consultation during which 70 per cent supported redevelopment instead of refurbishment.

A spokesman for the council added: “Mr Kettlewell writes frequent emails copying in several council officers, including me sometimes, as well as Taylor Wimpey staff, asking the same questions, which are answered by a single source.”