A restaurant in Peckham will be rolling in dough after being named the best pizza in the country.

The winning recipe was history in the baking for Mike’s Peckham which opened in April this year.

The pizza, which was cooked by chef Francesco Canzani during the National Pizza Awards on Tuesday, November 22, couldn’t be topped by 14 other finalists. 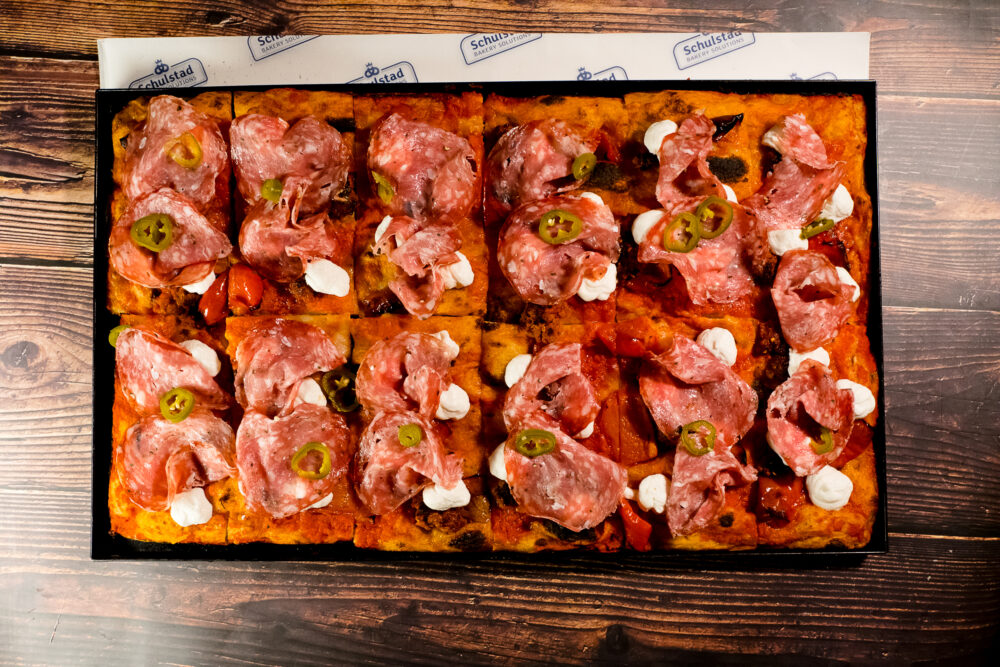 Big cheese Mike Davies, who co-owns the restaurant, said: “Francesco has worked so hard to make a dough as special as it is.

“It’s a little bit different from the other kinds of pizzas that were in the final, so it’s nice to have that kind of representation.

“Roman-style pizza – especially pizza Italia, which is the kind of pizza that we make – is really not an old tradition; it’s probably about 40 years old.

“Neapolitan pizza has obviously been made for a lot longer than that.”

Mr Davies added that Roman pizzas have less rules than others, so they can be more flexible with toppings.

He said: “You’ll find things that you wouldn’t necessarily find on a more classic pizza.

“I love all kinds of pizza to be honest, but I’m quite excited by the idea of something a bit less traditional getting the credit it deserves.”

To get a slice of the action head down to Mike’s Peckham in Copeland Road.