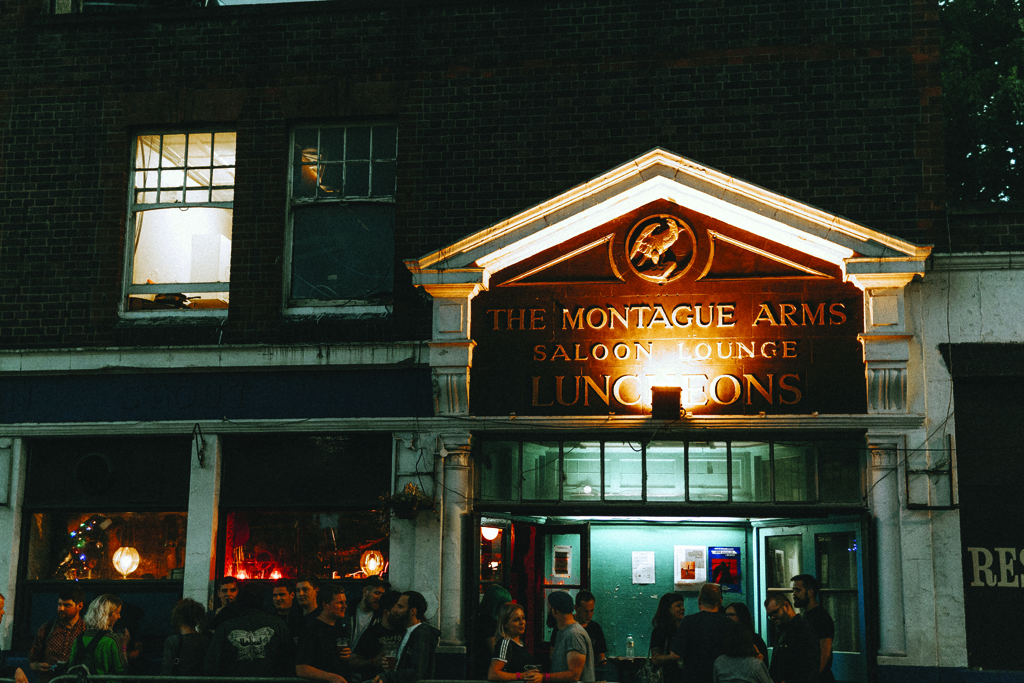 Music lovers have issued an impassioned plea to the new owners of a legendary 150-year-old pub to not erase its past and to keep its musical history going.

The Montague Arms in  Queen’s Road, Nunhead carved its place in the community’s heart through attracting big names to a small venue to perform with rising stars.

The pub has seen the likes of the Foals, Caribou and King Crule play there over the years as well as hosting a legendary NME interview with Shane Macgowan, Mark E Smith and Nick Cave.

It has also become synonymous with a warm and inclusive welcome and has a large fan base among the LGBTQ community.

But the pub changed ownership and closed in mid-January, leaving the community, music fans and staff worried about what might happen.

An online campaign, which urges the new owner to preserve the pub’s past, has gathered almost 8,000 signatures as its future becomes increasingly shrouded in mystery.

Pictures have also emerged on social media of the inside of interior walls being knocked down, leading locals to fear music might not be part of the future vision for the venue.

Ester Van Kempen, former manager of the Montague Arms, said: “What the pub does so well is that anyone is able to put on a show next to a massive artist. It was an inclusive space and people felt safe here.”

Dean McMullen, another former manager, said: “I genuinely hope the new owner continues the Monty as a grassroots venue where the local community love and can feel comfortable.”

The two said they have tried to contact the new owner since the pub closed but have not been successful.

Josie Allchin, from New Cross, said: “I’d love for the new owners to keep it open as a pub and live
music venue and invest money in performance space and equipment.

“Young bands and performers really needs places like this and there is still so much of an appetite for local live music in Peckham and New Cross.”

Monty lover Clara Cullen, who used to travel from Kew, in west London each week to go to the gigs, said: “They should keep it as a venue. It’s fine to redevelop it but they need to recognise the cultural importance of this venue.”

“I was there twice a week. I’d call it my second home. It’s devastating for music fans but it’s also
devastating for anybody who used to go there – it was a hub.”

Musician Jemma Freeman has performed at the venue several times and said that the Montague Arms is one of her  favourite venues.

She said: “I would love for the owners to consult with the many promoters and musicians that have helped develop and grow a healthy and supportive scene and with them to continue to provide a place for us to perform and gather.”

The new owner has been approached for comment but did not respond before deadline.