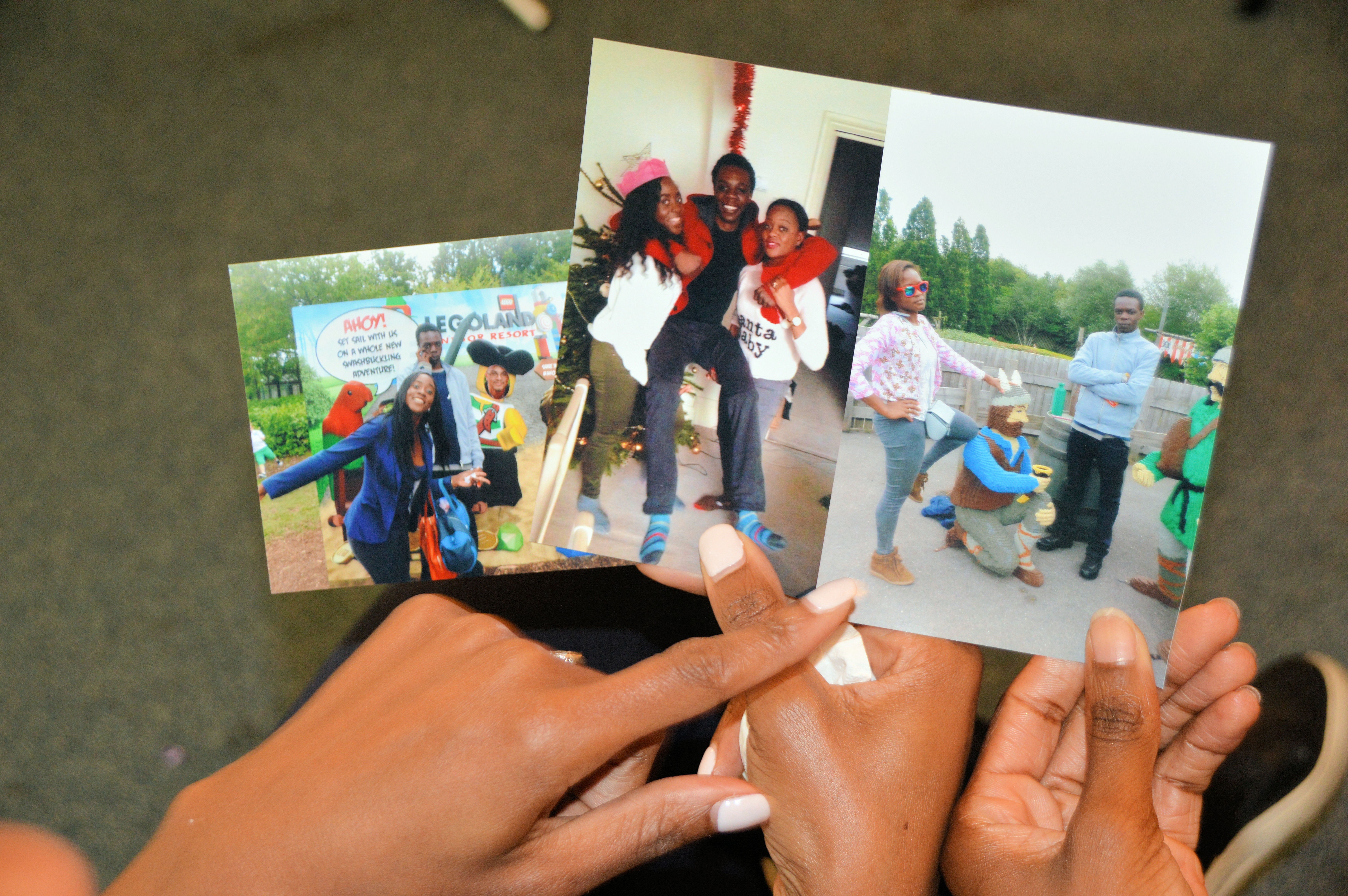 The heartbroken family of a 20-year-old who was shot and stabbed to death after a row in the street have appealed for help in finding his killers.

Ola Raji was attacked on April 21, 2015 after being confronted by two men while cycling onto the East Surrey Grove Estate, off Commercial Way, Peckham.

His family have appealed for any possible witnesses to end their agony, as the hell they have lived through shows no sign of abating as, despite extensive enquiries, his killers remain at large.

His sister, Ruki Ware, can recall the day her fun-loving brother was born – and all too clearly the night she was told he had been murdered.

She said: “The last three years have been a blur, getting through each day, going through the motions. It’s very hard for everyone in different ways. It’s a piece of your life that’s gone and we’re stuck in time but forced to go forwards at the same time. We’re all trying as best we can.

“It gets very difficult this time of year being forced to remember what happened that night. We can’t move forward until we know exactly what happened and the right people are held to account.

“If anyone has information I would like to beg, really, for them to come forward and help the police and us as a family.

Ola had been watching a football match with a friend before heading out on his bike. There was a confrontation with two men at about 10.30pm, and then suddenly Ola was shot – and after falling to the ground, he was also stabbed.

Detectives believe the two men then left the scene on foot via a cut-through from Cator Street, into Sumner Road, before turning into Rosemary Road heading in the direction of the Surrey Canal Path.

Police were called that night by a member of the public who reported they had heard shots fired.

The responding officers found Ola critically injured on the ground between two parked cars. They carried out emergency first aid until he was taken to hospital, but Ola died from a single gunshot wound to the chest shortly after arriving there.

Recalling the night of the incident, Ruki said: “I was asleep and my husband answered the phone. I remember hearing him talking to my mum and trying to understand what she was saying. I know something awful was going on. I couldn’t imagine it was this bad.

“I remember instantly my mind took me back to when Ola was born. He was 10 years younger than me. I remember very vividly the day he was born and my mind went back there, coming into our lives and trying to reconcile what was being said with him being taken away.

“My brother was a pretty normal 20-year-old guy. He liked his football. He was definitely one of those people who could make you laugh and who enjoyed having a laugh with you. He liked to eat junk food and liked spending time with his nephew – he was a good uncle. He liked to play lots of computer games, watch sports on TV – a typical 20-year-old.

“We are definitely missing him. His lack of presence is something we’re aware of every single day. There is nothing we can do to change that at all. But at least getting some sort of justice for what happened is the best we can hope for.”

Detective Inspector Helen Rance, who is leading the investigation from the Homicide and Major Crime Command, said: “Three years on from the night that Ola was murdered I am renewing our appeal to the public for help in identifying his killers.

“Ola lived nearby to where he was murdered – if you know where Ola was headed that night and why, then please get in touch with us.

“There are people out there who know who killed Ola. Given the length of time that has passed I am appealing directly to those people who have that vital information but have yet to speak to us. It is not too late to talk to us and help Ola’s family understand why their son and brother was murdered.”

During the course of the investigation three people have been arrested but not proceeded with. Anyone who can help is asked to contact the incident room on 020 8721 4205 or Crimestoppers, anonymously, on 0800 555 111.