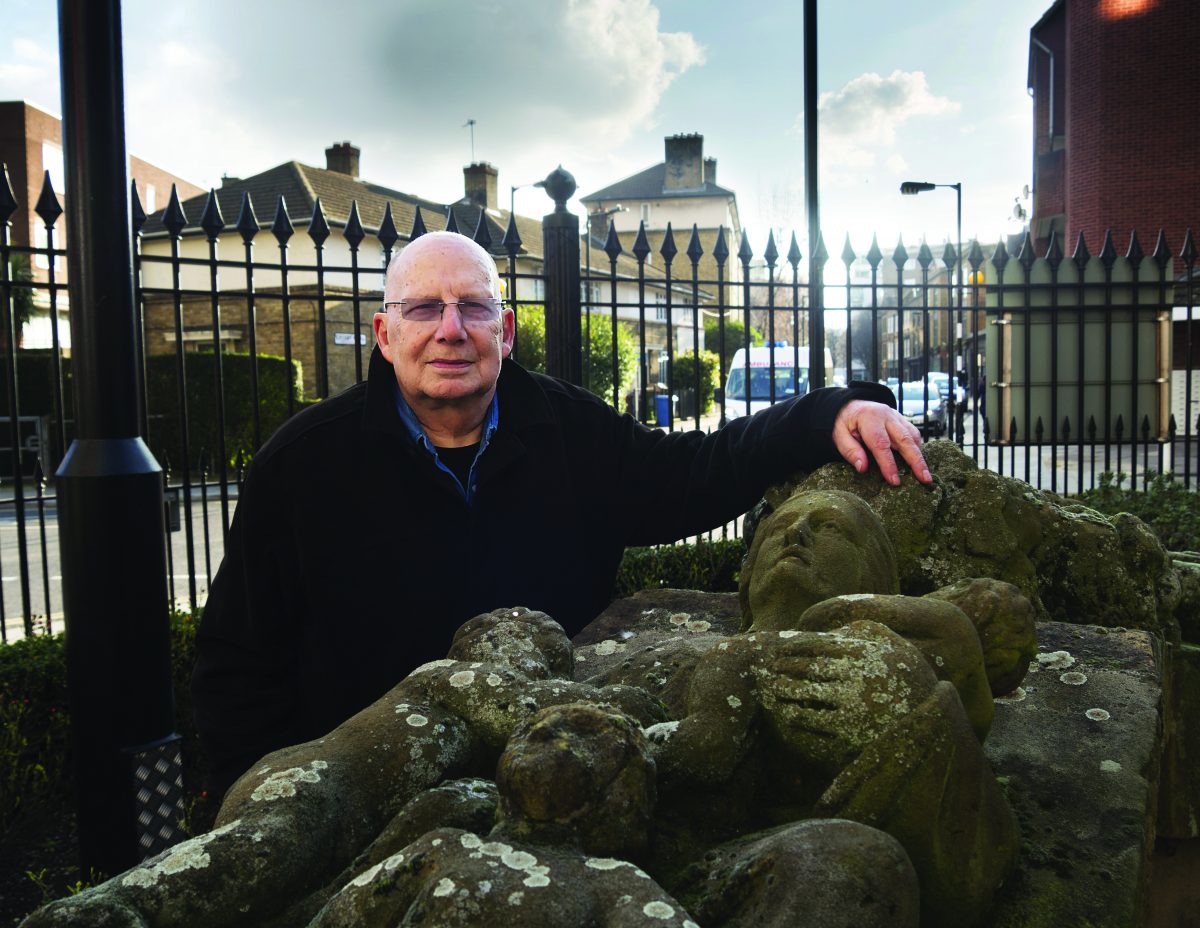 It’s a strange thing not to know who you are…where you come from, who your family were… and just how this came to be.

I was a foundling, abandoned at the age of two-and-a-half on a bombed-out street in South London, towards the end of the Second World War. Attached to my back was a note that read: “Please look after Billy. He has no home.”

Taken into care, I spent time in a number of children’s homes around the country, while a new name and identity was created for me.

As Peter Lindley, I undertook a search in my mid-fifties that helped me to come to terms with my troubled past…and to be reunited Billy, the boy that I had been led to believe, I should leave behind. As a part of my search, I have come to the National Newspaper Library, in Colindale, north London. The system is straightforward enough.

At the desk, you give them the details of what you are looking for. You are then handed a ticket, and asked to wait while they see if they can find the requested material in their archives. As I wait, I take in the people seated along rows of long tables…scanning past editions of papers and periodicals that are up to 300.

I had been found on Thursday, August 10, 1944, in the borough of Bermondsey. The local newspaper had then been – and still is – the South London Press.

When I am called up to the desk, I am thrilled to be handed a copy of an edition of the paper dated August 15, 1944 – just five days after I was found.

At the same time, I am disappointed to discover that a wartime paper shortage means that all you got for your one-and-a-half pence was just six pages. I start to worry about how many other stories were competing with mine for the available space.

I have now reached page five, out of a total of only six – and still there is no sign of the story I’m looking for. I scan the headings that remain.

There is a report about a man found fatally injured at the bottom of lift shaft.

Another man had been dragged by train to his death. Three-quarters of the way down page five – I finally find what I have been desperately seeking the headline said: Homeless Baby had Look after Me Note. I feel a rush of gratitude that the story had been considered worth printing – but then, a sudden stab of fear that the report might be about another child.

The report said that a fair-haired, blue-eyed, two-and-a-half year-old baby boy, who was found wandering at Snowsfields, Bermondsey, had a piece of paper pinned to its clothing, on which were printed the words “Please look after Billy, he has no home.”

It continued: “The child is sturdily built. The nail on the third finger of his left hand is missing. He was dressed in a blue silk coat, green check cotton blouse and knickers, and brown sandals.”

It’s the right street, the date fits, and what’s more, the description matches a framed photo of my son Harry, taken at the same age, that I keep on top of the piano in the living-room – ‘fair-haired… blue-eyed… sturdily built’. There is one line in the report, however, that dispels any further doubt – the nail on the third finger of his left hand is missing. I look down at the nail on the third finger of my left hand.

What has remained of the original injury is a ridge of scar tissue under the fingernail.

To this day, I have been unable to trim this nail as short as the others  on that hand.

I have a reaction to reading the report that I could never have predicted. It is as though, for me, that little boy had never really existed before… only to suddenly appear, so late in my life, as a real child. In the course of my search, I learn that I had been left outside the Child Welfare Department of Guy’s Hospital. When I go down the street – for the first time since I was left there – I discover that the original building has been demolished, but that a piece of masonry has been preserved, that includes a statue of a mother, embracing her three children. Once again, I feel myself becoming reconnected with that distant life of mine… helping to bring it alive.

I also discover, that a flying-bomb had fallen on the street just four days before I was found. A part of me comes to believe that it had to have some bearing on my being discovered there. I go to the Imperial War Museum – just up the road from where I now live, in Brixton – and find one of these bombs hanging from a gallery.

Alongside it is a Spitfire, one of many that would have been scrambled to destroy these bombs before they reached their targets.

My book  Please Look After Billy, takes me through the rest of my childhood – in the light of what I was to learn from a file I discovered during the course of my search. Eventually, in my adult life, I was able to
develop an identity of my own, that would include a successful career as a documentary editor.

And I would find a sense of belonging, as a part of a family that would replace the one that I had lost. Please Look After Billy is available on Amazon priced £7.50

One thought on “‘Please look after Billy, He has no home’”