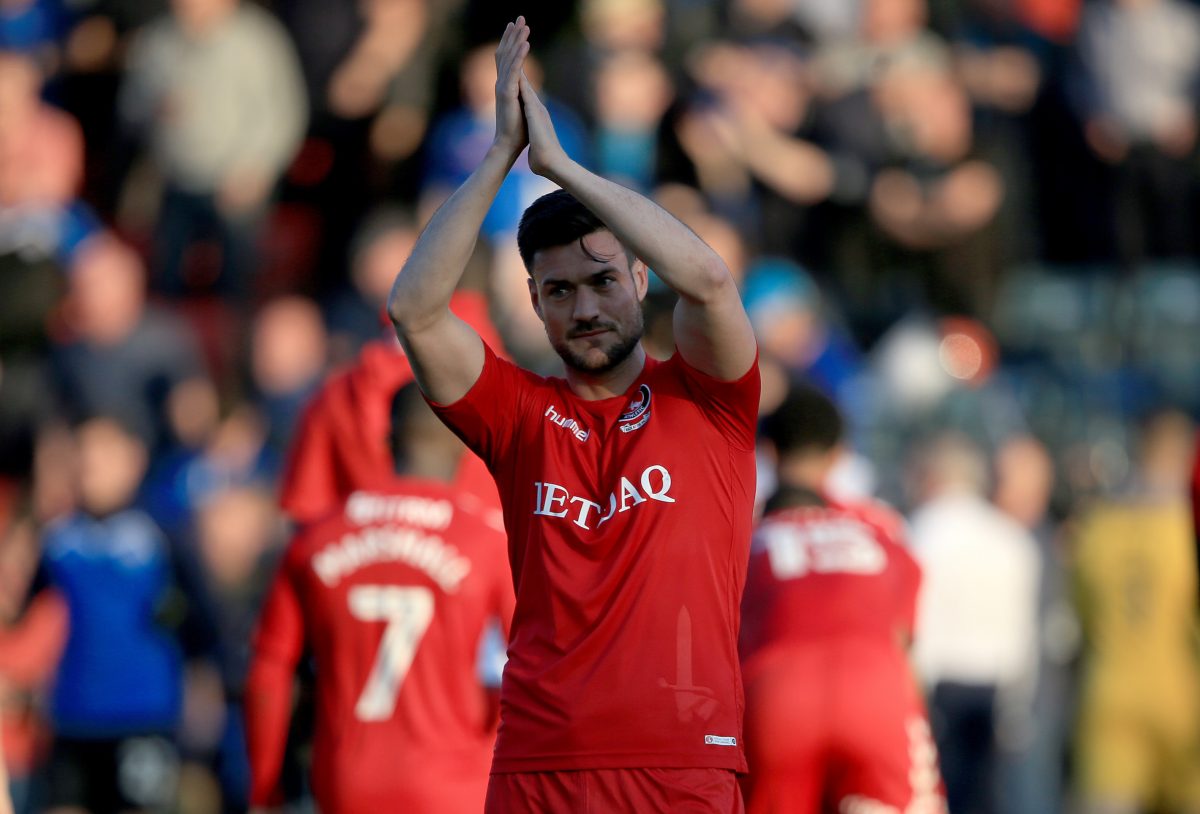 Johnnie Jackson admitted that knowing score lines elsewhere meant Charlton could afford to take their foot off the gas during the defeat at Rochdale.

The Addicks’ knew that Plymouth would need to win at Gillingham and find a seven-goal swing in goal difference to have any chance of leapfrogging the South Londoners in the race for the League One play-offs.

The Pilgrims were trailing 3-1 at the interval in Kent, meaning Charlton’s top six finish was never in any doubt.

Caretaker Addicks boss Lee Bowyer had already made four changes for the clash with the Dale and was able to further rest players like midfielder Jake Forster-Caskey by substituting him in the second-half.

“Knowing the Plymouth result, how it was going during the game, we never had to go full throttle,” explained Jackson.

“We were able to get lads off the pitch earlier than perhaps we might have been able to do if results weren’t going our way.

“We wanted to come here and win or get a positive result. We didn’t do that, that’s disappointing but ultimately, we set out to get into the play-offs and we’ve done it today. The initial disappointment of not getting a positive result is quickly brushed aside by the fact that for now it is job done, we’ve got in that top six. There’s bigger games to look forward to now.

“We were in constant contact with [analyst Brett Shaw] on the mic. It was important that we needed to know that today. It would have affected what we’d have done on the pitch. I probably wouldn’t have got my five-minute cameo, we would have got a more attacking sub on. It was important that we knew that. From the outset Gillingham were in front so it made our life a little bit easier.

“It was a difficult team selection today. Lee was pondering a few things and we had a lot of discussions about the best way forward. Getting a side out there that was capable of winning the game. Looking at the lads who have gone every minute of every game, getting rest into them. We tried to juggle it the best we could and still get a positive result. We didn’t get that but we did manage to rest a few. To get the likes of Jake off the pitch early which is a good thing as he’s gone every game of late. We got rest into Reevesy (Ben Reeves), Nicky Ajose, Josh Magennis, important players for us. The back boys just have to keep on going, that’s how it is where you’re a centre half. Wouldn’t have it any other way. It allowed us to a little bit of tinkering which is a good thing.”

Jackson also congratulated Rochdale, as their win coupled with Oldham only drawing away at Northampton, meant that Keith Hill’s side avoided the drop into League Two.

“We didn’t know the result,” he added.

“They were still waiting on Oldham as we came in. A few of the staff came in and said they’ve got their draw and it was pandemonium out there. I’ve just had a good chat with (Rochdale manager) Keith Hill and he’s delighted. He said he doesn’t really like celebrating staying up but I said you have to enjoy these moments, it’s successful day for them. I’m pleased for them, it’s a good club.

“It’s nice that we’ve all come out of it with the right result ultimately. We would like to have won the game. He said why didn’t you lay off it and come off it and let us win it easily. I said we did, we can play a lot better than that. You caught us on not one of our better days. Ultimately it didn’t matter and everyone goes away happy.”