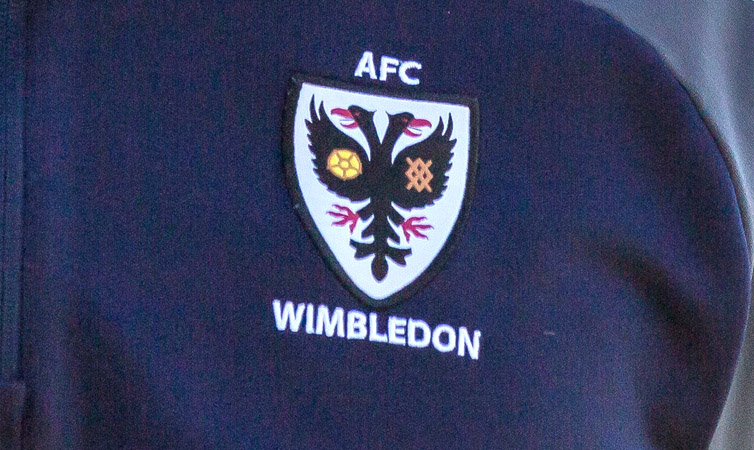 By Dave Hunt-Jackson at Abax Stadium

AFC Wimbledon halted their run of away defeats at three with a creditable draw at Peterborough United on Saturday.

Their last points on the road had come from a sumptuous display at Bradford and while they got nowhere near those heights they were the better side and could easily have grabbed all three points.

Neal Ardley must have feared the worst with injuries to two of his centre-halves. With Darius Charles nursing a hip injury it meant Barry Fuller was preferred to Paul Robinson in the centre of a back four with Jon Meades and George Francomb the full-backs.

Harry Forrester, who replaced Charles from the bench against Bristol Rovers, replaced him now in the starting line-up and Joe Pigott returned to the side in place of Cody McDonald.

The Dons had little difficulty shutting out their opponents in a first half that they dominated without really looking like opening the scoring themselves. Apart from the goal, which was all about Jack Marriott’s clever ball to Marcus Maddison, they were rarely troubled in the second period either.

This game had many parallels with the reverse fixture. Lyle Taylor again opened the scoring, albeit 74 minutes later than in the first game. The points were shared and on the uglier side Maddison again spent more time trying to con the officials than he did trying to play football. In referee Anthony Backhouse he found an easy target and escaped punishment – no doubt encouraging him to continue with his stock in trade.

Jimmy Abdou ran his socks off protecting the Dons’ makeshift defence at the heart of which Deji Oshilaja was majestic – even finding time to set up Taylor’s goal with a perfectly-weighted lob over the home defence.

Forrester was industrious and although he ran the Pererborough defence ragged at times along with Andy Barcham, neither could find the telling pass or finish in a game of few genuine chances.

Whether the more attacking line-up was a result of the limited defensive options or of a new more aggressive approach from the Dons’ boss only time will tell. But it was certainly welcome and the threats from all over the park pushed Posh back and reduced the workload for Wimbledon’s back four. On another day the Dons might have run out easy winners.

Indeed the only downside was the failure to hold onto the lead and secure a win that would have hauled the South Londoners further up the table.

Both Forrester and Pigott did enough to keep their places but with three games in eight days Ardley could prefer a rested Cody McDonald and any one of a number of midfield options. He may not have the luxury however of giving a breather to any of his defensive players.

With many of the strugglers also drawing, nothing much has changed at the wrong end of League One with the Dons hovering above the relegation zone ahead of two home games against promotion-chasing Blackburn and Charlton this week. Having beaten both already this term – and with four points from the last six available – they will hope for positive outcomes as they fight to avoid the drop.