Police are appealing for information after three sexual assaults in Vauxhall which detectives believe could involve the same suspect.

On January 16 a man assaulted a woman and was later seen exposing himself and committing an indecent act in Exchange Square.

On March 1, a 28-year-old woman was pushed to the ground by a man as she walked through Vauxhall Pleasure Gardens.

Detectives believe that the two incidents may involve the same suspect, however, this has not yet been confirmed.

Police have released a photo taken from CCTV but it does not include the suspect’s face.

In the incident in January, a 24-year-old woman was followed from Vauxhall Station to Fentiman Road at around midnight by a man who grabbed her from behind, assaulted her and pulled her to the ground.

Members of the public, hearing the victim’s screams, intervened and chased the suspect away.

Shortly after, a man, whom officers believe to be the same suspect, was seen exposing himself at Exchange Square.

At the time of the incident, the suspect was described as a heavy set male, wearing a black puffer jacket, grey joggers and a black and white face mask. 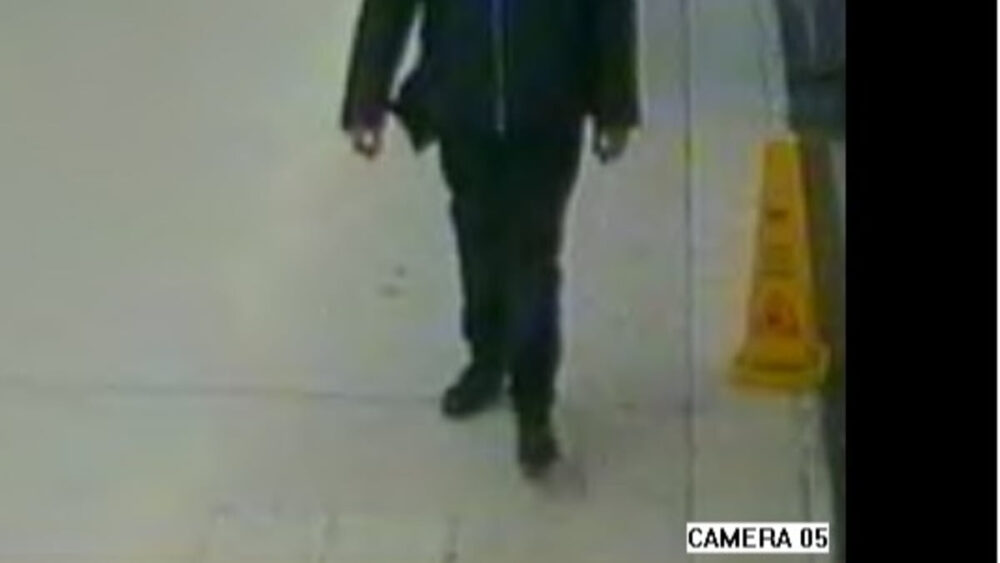 Around 7am on Monday, March 1, a 28-year-old woman was pushed to the ground by a man as she walked through Vauxhall Pleasure Gardens.

The victim was assaulted by the suspect before she managed to flee the scene.

At the time of the incident the suspect was wearing a black puffer with white lettering of ‘Versace’, black trousers and Nike Airmax trainers.

The police are asking that anyone who can name the male pictured or who has information concerning either of these incidents call police on 101 or Tweet @MetCC quoting 7946/16JAN.

To remain 100 per cent anonymous call the independent charity Crimestoppers on 0800 555 111 or visit Crimestoppers_uk.org.