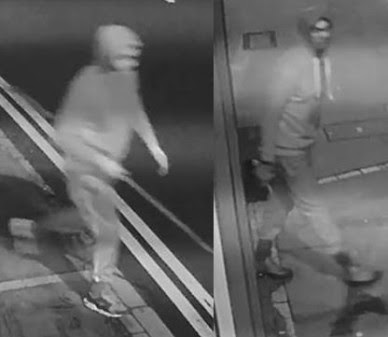 Detectives have released CCTV footage of two suspects they would like to speak to after money raised to buy a scooter for a child with cancer was stolen.

At around 1:30am on Friday March 9 the suspects broke into the rear fire door of Little Lambs Soft Play Centre in Chipstead Valley Road, Coulsdon.

Once inside they broke into the safe and took a quantity of cash and money raised for a little boy with cancer.

The mother of the boy, who wishes to remain anonymous, said: “My 10-year-old boy was diagnosed with Adrenocortical Carcinoma in October last year. A routine scan found an abnormal growth on his lung.

“Following surgery to remove it and an intensive chemotherapy treatment programme, we have seen a boy with bags of energy and life suffering physically and emotionally. But give that boy a scooter, and his old self returns.

“We are saving up for a scooter of his own so that he can go out with his friends and play as he did before he was diagnosed.”

Suspect 1 is described as a white man seen in CCTV with a bar in his hand wearing a light hooded top with white draw strings and bottoms into his dark socks and trainers.

Suspect 2 is described as a white man carrying a large metal bar in his hand wearing a light hooded top and bottoms into his socks and trainers.

Detective Constable Nina Stanley from Croydon CID said: “This is an appalling crime where money raised to help a poorly child was stolen, along with business takings.

“The child’s family and the local community are devastated by this selfish act and it has made a lot of people angry.”