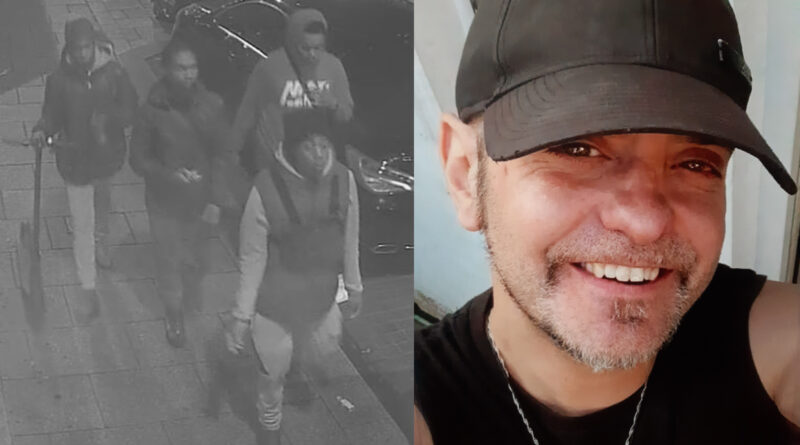 Police are on the lookout for a group of men who stamped on and beat a 40-year-old man who died two weeks later – although the cause of death is still unclear.

Detectives investigating the assault in London Road, Croydon, have released CCTV and images of four men they want to speak to in connection with the incident which took place around 1.30am on July 1.

The victim has been named as 40-year-old Simon Whisker. After the attack Mr Whisker was taken to hospital where he was treated and discharged.

On July 13, Mr Whisker was taken to hospital where he died in the early hours of the morning.

A special post-mortem examination has been held. The case is not being treated as a murder inquiry and so far there have been no arrests.

Detective Constable Jo Cheung said: “The victim became involved in an altercation with a group of males and was viciously assaulted.

“We are not treating this as a murder inquiry at this time. We just want to find out who was responsible for the attack on Simon.

“I am asking the public to contact us if they recognise any of these males.”