Detectives are renewing an appeal for information as they continue to investigate the murder of a woman whose body was found in a garage.

An investigation led by the Met’s Specialist Crime Command was launched after police were called to garages in Prendergast Road, Blackheath at around 5pm on Friday, 5 July 2019, following reports of a body. 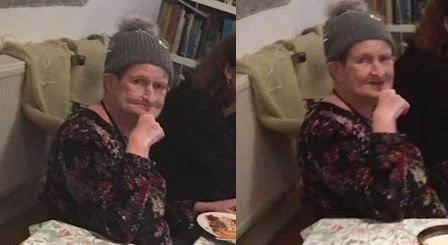 The woman was identified as Amanda Gretton, who was aged 57 and from Catford. A post-mortem examination held two days later at Greenwich mortuary identified fractures to her neck and nose, but was not able to establish a cause of death. We continue to await the results of a specialist forensic examination.

In a statement, Amanda’s family said: “Amanda was a gentle, sweet natured and very vulnerable woman. She had a sad and horrible death; alone, without her family there to hold her hand and comfort her. We would be very grateful for any information that might help the police find out what happened & who was responsible for her death. Thank you.”

An inquest into Amanda’s death was opened and adjourned.

Amanda had been reported missing by a member of staff at her assisted living accommodation on 15 May 2019, having last seen her the previous evening. Between that date, and her body being found some seven weeks later, there are no known sightings of Amanda, other than on CCTV in Blackheath. This captures Amanda walking along Lawn Terrace in the early hours of the 15 May in company with another female who police believe they have now identified.

Officers from Specialist Crime South are appealing for information as to who was using those garages in Prendergast Road at the time. The garages were known to be used by homeless people and as a location for fly tipping.

Officers are particularly interested in a white van which was seen on CCTV to drive to and from the garages on 15 May 2019.

DCI Richard Vandenbergh said: “In addition to establishing who was in the van, I need to speak with anyone who used those garages in Prendergast Road last year. They may have information that will be crucial to this investigation.”

Anyone with information concerning this murder is asked to call police on 020 8721 4961 or anonymously via the independent charity Crimestoppers.

+ Three people have been arrested on suspicion of murder. A 40-year-old man was arrested on 7 July 2019 and released without further action. A 49-year-old woman and a 45-year-old man were arrested on 8 July 2019 and subsequently have now been released under investigation
+ The Met’s Directorate of Professional Standards (DPS) and the Independent Office of Police Conduct were informed as is routine in cases where people are found deceased having been reported missing. The investigation is now complete and has been submitted to the IOPC for consideration.