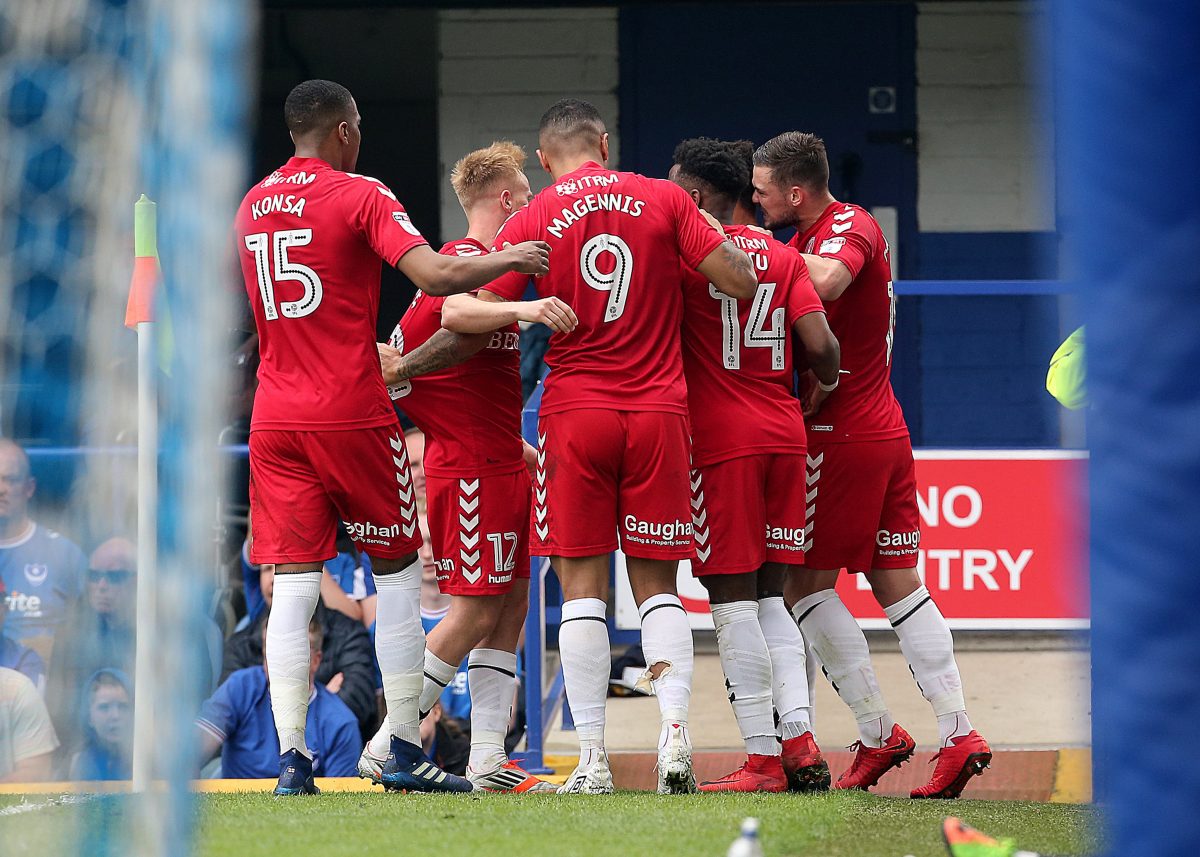 By Richard Cawley at Fratton Park

Nicky Ajose ended over a 16-month wait for a Charlton Athletic goal as they produced a vitally important victory at Portsmouth.

In a clash of two of the sides hoping for a League One play-off place, the Addicks were superior in the opening 45 minutes but then had to dig in for the second period to secure the three points.

Portsmouth were wretched in possession during the first half and Charlton had so many opportunities on the counter which they failed to turn into tangible scoring moments.

Portsmouth right-back Nathan Thompson cleared Jake Forster-Caskey’s low strike away from his goal-line after the Addicks midfielder had cut back onto his left foot.

Ajose finally made Charlton’s edge count on 40 minutes. Josh Magennis won the ball in the air from Ben Amos’ long kick forwards, his flick handing Ajose a shooting chance and he finished past Luke McGee.

It was nothing less than the South Londoners deserved – and the same applied to a horribly off-the-boil Pompey.

For Ajose, one of three changes made by caretaker boss Lee Bowyer, it was his first goal in Charlton colours since the 3-1 defeat at Millwall on December 21 2016, and his first since December 2 when he was on loan at Bury.

It was hard to believe Portsmouth would be as poor in the second half, especially with a paint-peeling blast from their manager Kenny Jackett. And they did improve.

Brett Pitman got the last touch on a dangerous free-kick which narrowly cleared the bar and he also spun and struck wide.

Charlton’s cause was not helped by an injury to Tariqe Fosu as he pulled up as he threatened to break clear just inside the Portsmouth half. Soon after he made way for Jay Dasilva.

Ben Reeves struck the outside of the right post when an Addicks corner was only half-cleared before yet another change was enforced on Bowyer. Lewis Page, so unlucky with injuries in his time at the club, had to be replaced by Mark Marshall.

Patrick Bauer headed a Forster-Caskey corner down and wide before Amos was needed to keep their lead intact. A frantic bit of pinball in the box saw substitute Connor Ronan’s shot kept out by the on-loan Bolton stopper.

Amos was needed again soon after as he just about managed to palm over Pitman’s free-kick.

There was one more chance for the striker as he headed over Dion Donahue’s cross.