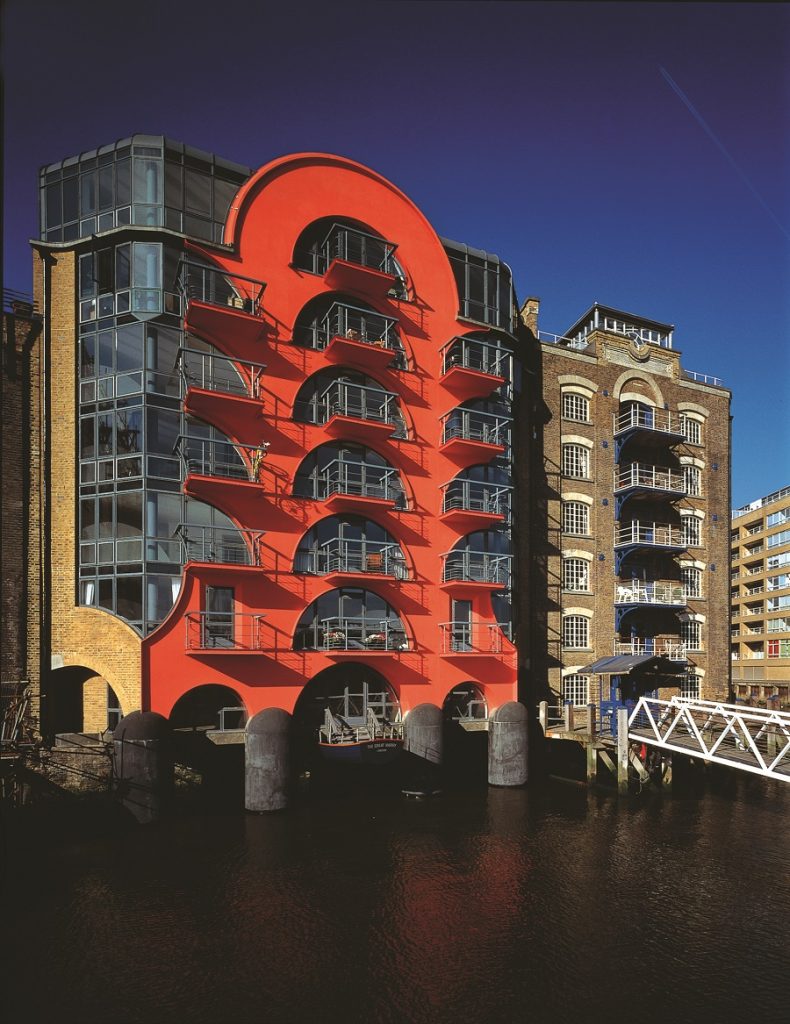 A post-modern building at the heart of the historic Thames docklands but little more than 35 years old has been granted listed status by Historic England.

China Wharf was designed in 1982-83 by Piers Gough. In what is a rare outcome for a such a recent project, the post-modern gem has been designated a grade-II listed building. China Wharf came about at a time when the Docklands was going through a phase of regeneration. It has three very different facades all of which represent different parts of history in the area.

Mr Gough said: “China Wharf is both contextual and exuberant. Of the three very differing frontages the street one celebrates the neighbouring warehouse vernacular with a big loop-hole frame, the courtyard elevation is a riff on grain silos that used to be in the area and the memorable riverfront ‘red pagoda’ was to replace the missing ingredient of ships from the background of riverside warehouses.

“Our post-modern buildings may have gone out of architectural fashion but have always been enjoyed by the public. They probably recognise the desire to put up buildings which are attractive, pleasurable and witty as well as working well. We have inspired younger architects not so much to ‘do it our way’ but to believe they can follow their ideas and be different. Listing the best acknowledges this.”

CZWG has worked on numerous other major projects including the Vauxhall studios and Time Out offices. Duncan Wilson, the chief executive of Historic England, said postmodern architecture deserved to be celebrated and protected for bringing “fun and colour” to the streets.