Ethan Pinnock is a Premier League footballer – backing up the faith of his former Dulwich Hamlet boss Gavin Rose.

The Lambeth-born defender, 28, was part of the Brentford side which beat Swansea 2-0 in Saturday’s Championship play-off final at Wembley.

And Rose told our paper in July 2019 that Pinnock, who made his international debut for Jamaica in March, had the ability to play in the top flight following a £3million move to the Bees.

The centre-back played for Rose in the Isthmian League Division One South, hooking up with Hamlet after being released by Millwall at the age of 15.

He won two promotions with Dulwich before joining Forest Green Rovers, then a National League club, for an undisclosed fee in June 2016.

Rose laughs when reminded of his confident prediction on Pinnock.

“I wouldn’t mind you bringing that up again – that’s decent,” he told the South London Press.

“I watched the game at the weekend and he hasn’t changed. He goes about his job in the same manner. He is unassuming.

“He doesn’t want the attention – he is all about the team. He is just a great character.

“He joined our youth team and straight away we knew – physically – he could play men’s football at the same time.

“We knew he couldn’t get in our first-team straightaway, so we sent him on loan to a Kent team called Holmesdale. He played there for about two months. They played him everywhere – left-wing, centre-midfield and up front.

“We brought him back and he finished the season in our first-team.” 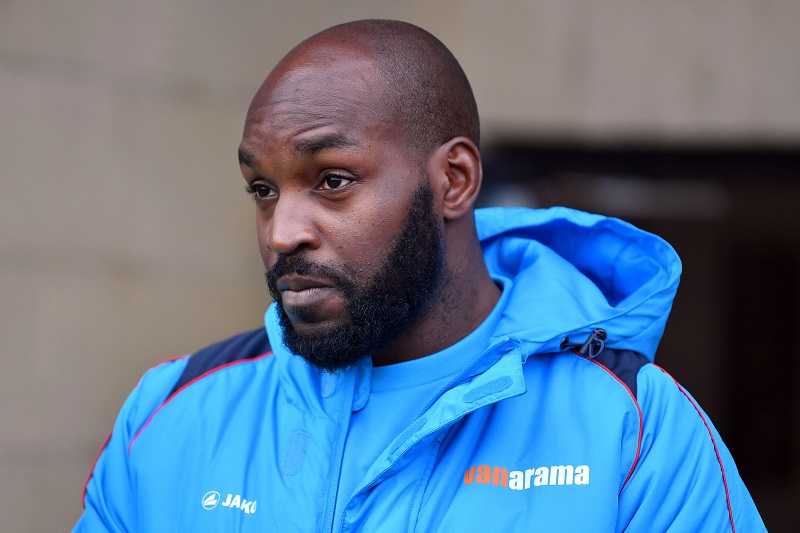 Pinnock signed a new five-year contract in November and Rose is confident that the South Londoner will still be a first-teamer in the top flight.

Brentford’s recruitment has been excellent and they will look to make squad upgrades, aided by the financial windfall of Premier League football.

“Even if they do rip things up I personally think he’d be one that is still playing,” said Rose.

“You don’t find him wanting in too many departments.

“Brentford gave him a new deal and they did that because they knew he would probably be subject to offers from the Premier League. He has gone up with Brentford, which is probably better because he knows the environment – and vice-versa. They will probably be more forgiving if he doesn’t start as well.”

Pinnock follows the likes of Simeon Jackson and George Elokobi, who came through Dulwich’s academy and went on to play at England’s elite level.

“The problem is the mentality – having the capacity upstairs to keep coming back after a few knocks,” said Rose. “Take the highs and the lows equally.

“Ethan is one that, win or lose, he is never too up or too down.

“If I was going to offer anyone advice, that is how you should be in football because it is a game of highs and lows.

“We spoke after the game and the day after, I got a message from him and his dad Karl thanking us. I was thinking ‘you’ve got nothing to thank us about – you sailed this ship a long time ago’. But that’s how they are as a family – very grounded. There is no ego with Ethan and his family are literally the same.

“His dad came to watch one of the games on the coach with the supporters when Ethan had long gone. The family are lovely, down to earth.”