Shave just a couple of seconds off two of Crystal Palace’s last three matches and they would be three places higher in the Premier League and only outside of the top 10 on goal difference. That would be a fairer reflection of the start that the Eagles have made under Patrick Vieira.

But football doesn’t always tend to do fair. A match isn’t over until it is over – Arsenal’s Alexandre Lacazette and Brighton’s Neal Maupay painfully underlining that fact as both have struck against Palace with literally the final meaningful kick of the respective contests.

Both of those equalisers came in the fifth minute of stoppage time.

Vieira knew just how close he had come to making it a north London double after the 3-0 win over Tottenham in SE25 last month. 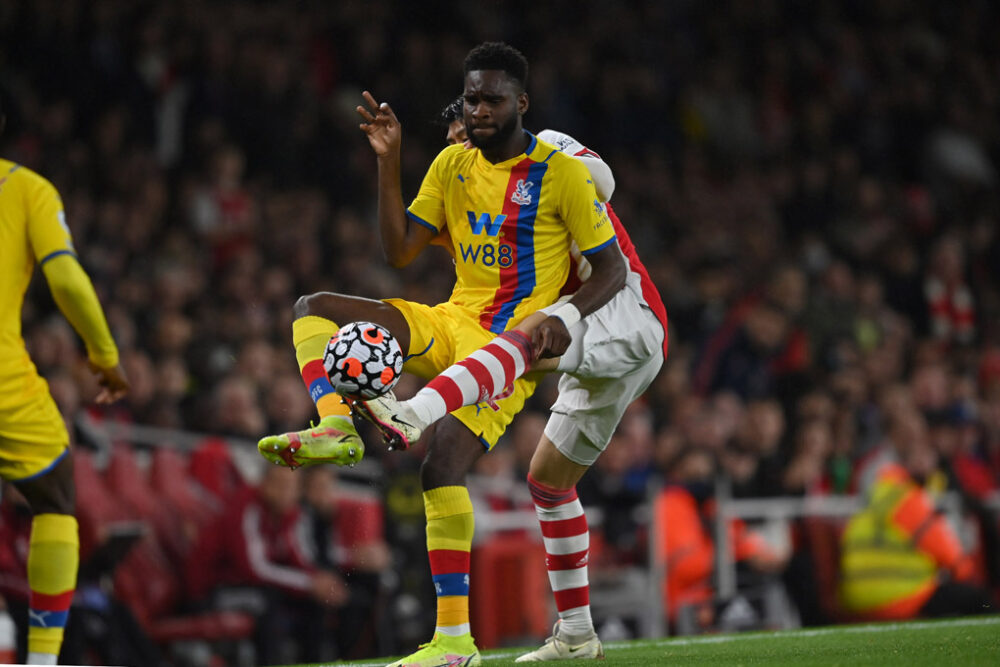 He had switched to a five-man defence in the 82nd minute at the Emirates Stadium, James Tomkins replacing goalscorer Odsonne Edouard. It was exactly the kind of substitution that predecessor Roy Hodgson would have made too.

But that change, the Eagles ditching their hugely impressive pressing and shifting to a low block, made it easier for Arsenal to pile on the pressure. 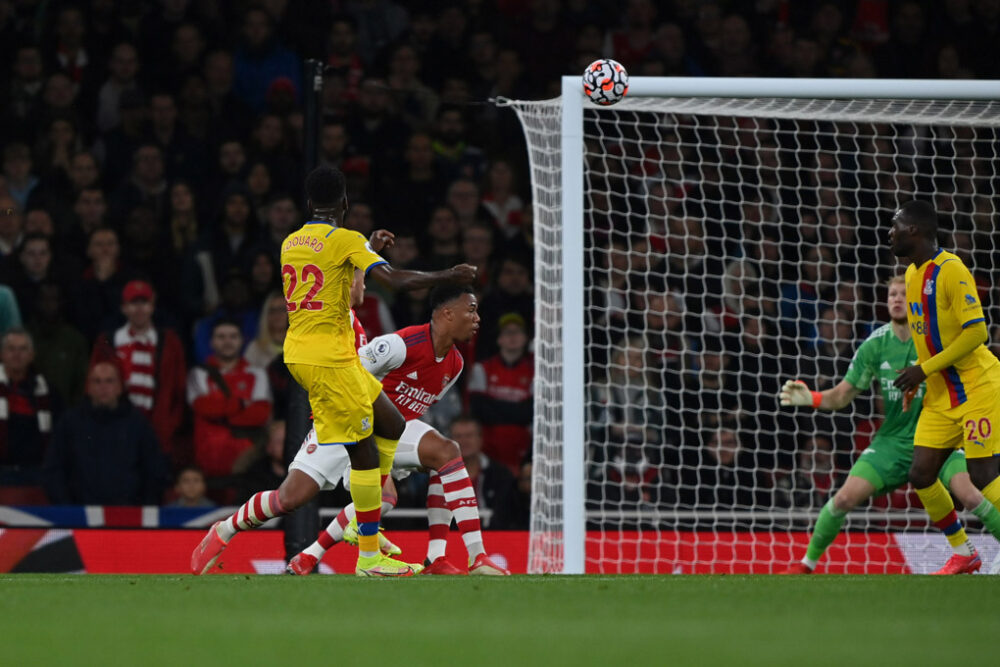 Kieran Tierney rattled the crossbar with a thunderous rising strike. But just when it looked like the job was done, substitute Lacazette slammed home after Vicente Guaita could only block Ben White’s initial strike as the South Londoners defended one last corner.

Vieira played 406 matches for the Gunners and scored 33 goals. The home support gave their former midfield powerhouse a rapturous reception. But that connection didn’t prevent this result from stinging. The Palace boss sunk to his haunches as he digested the setback. 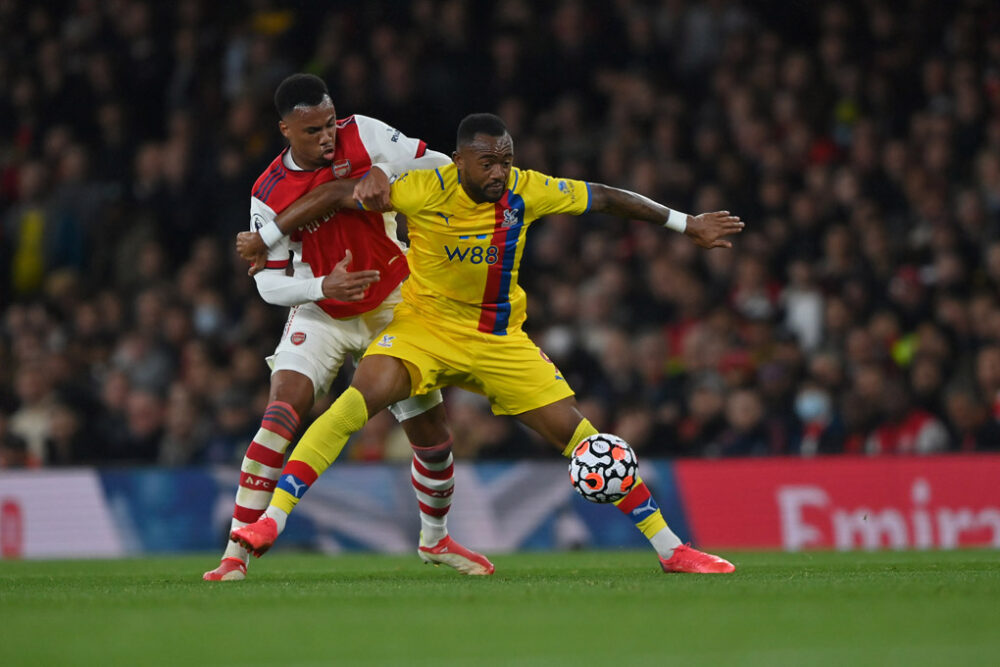 If the Eagles had held on, then it would have been the best result of Vieira’s short reign.

All three of Palace’s goals against Spurs came after Japhet Tangana was dismissed shortly before the hour mark. This time Arsenal had their full quota of players for the full duration and struggled to cope or contain Palace.

The away side’s industry and workrate has been a core part of Vieira’s gameplan and once again the likes of Conor Gallagher and Jordan Ayew buzzed around their opponents, a constant annoyance. 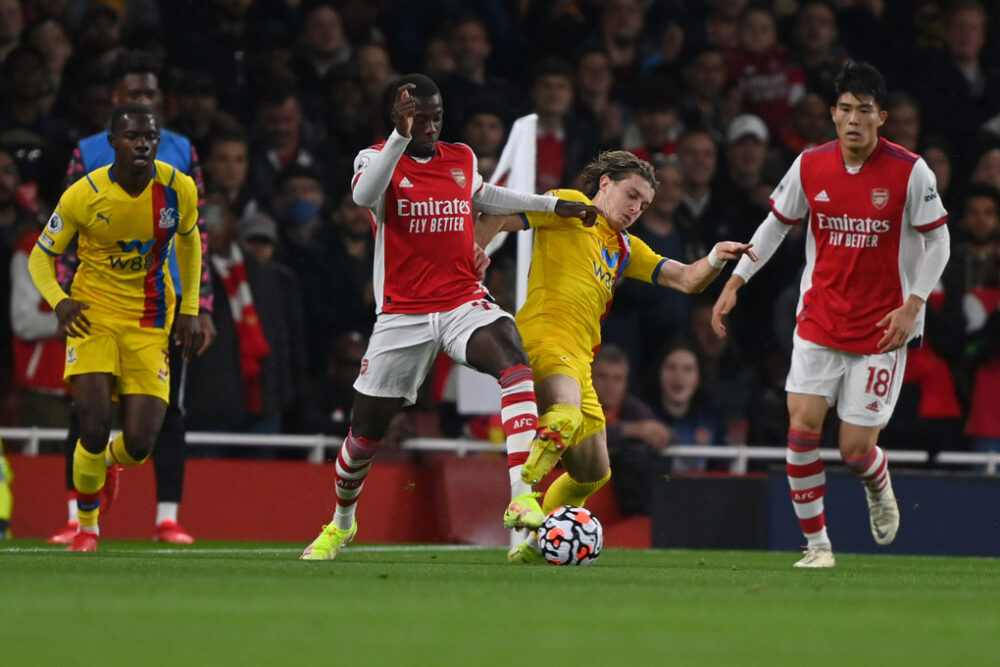 Both of Palace’s goals came from winning the ball with Arsenal exposed to the counter. Ayew harrassed Thomas Partey for the first, Christian Benteke confidently stepping inside of Gabriel and finding the bottom right corner of the net for his first goal of the campaign.

The confidence was radiating off the visitors and Aaron Ramsdale tipped over an Ayew shot before the Eagles were offered another rapid raid that put them ahead.

This time it was Albert Sambi Lokonga who was dispossessed by the tireless Gallagher, inside the Palace half but with only two Arsenal shirts in front of him. 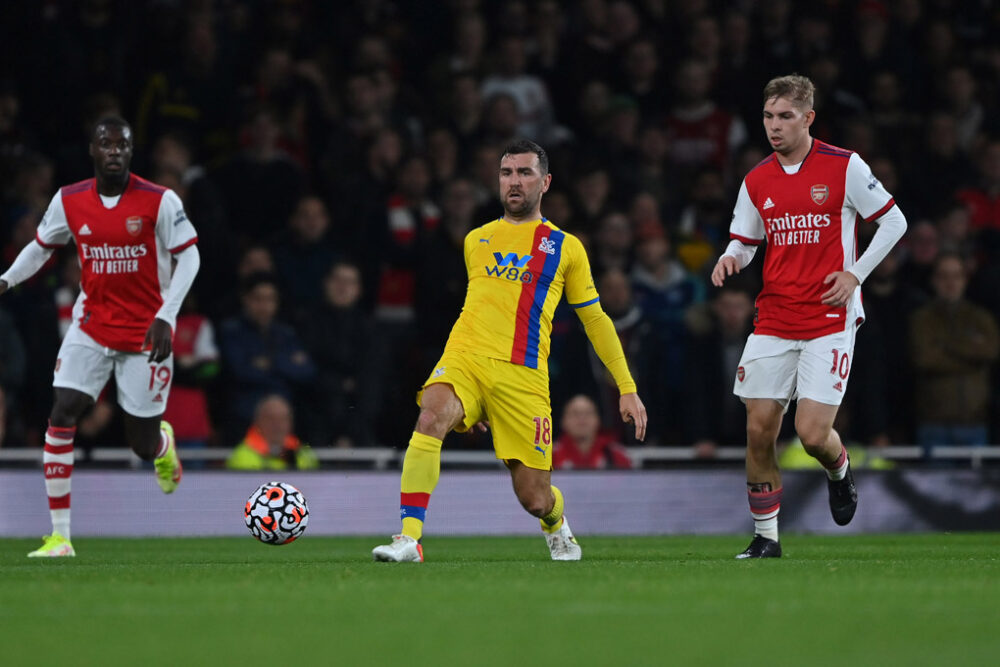 Gallagher and Michael Olise broke with the latter’s pass to Edouard slightly forcing the former Celtic striker, playing a wide left role in the absence of the unwell Wilfried Zaha, to break stride.

White showed a reluctance to engage and Edouard was able to take a handful of touches taking him into the box before whipping his finish over Ramsdale, whose one-handed flail failed to stop the ball beating him.

The fact that Palace could not get the result across the line should do nothing to dispel the confidence in the side or in the stands. 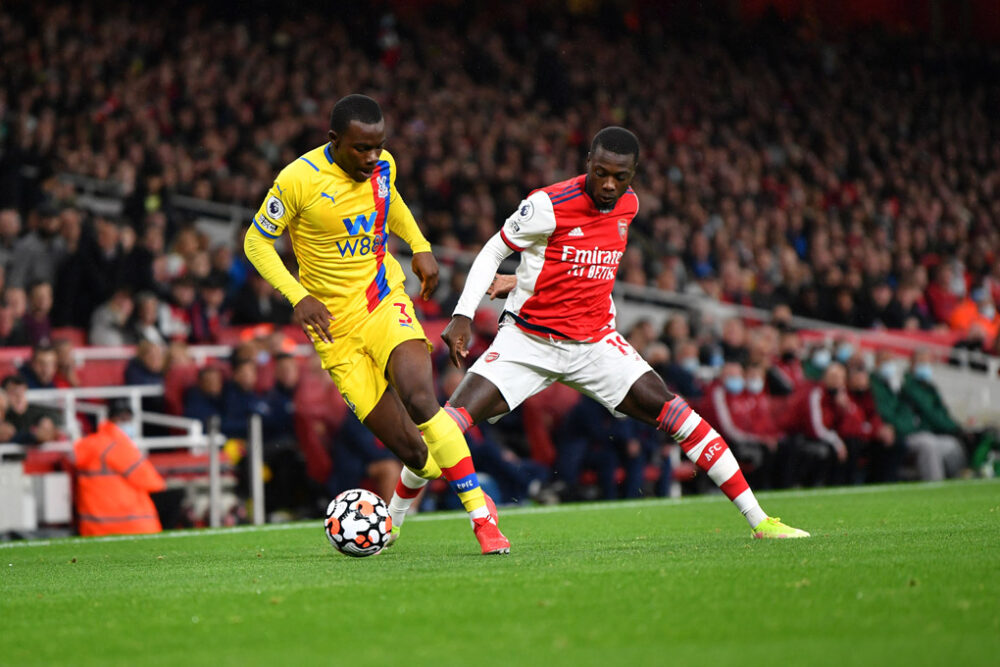 They carried a serious threat without Zaha. Prior to Monday they had failed to score in 18 of the 23 matches he had missed. But Vieira has more high-quality options than Hodgson ever did – Edouard a serious upgrade on Jean-Philippe Mateta, who has played just 57 minutes of Premier League football this season.

When you factor in that the bewitching Eberechi Eze will be back soon from his Achilles injury, the competition for those offensive spots is going to be really fierce. 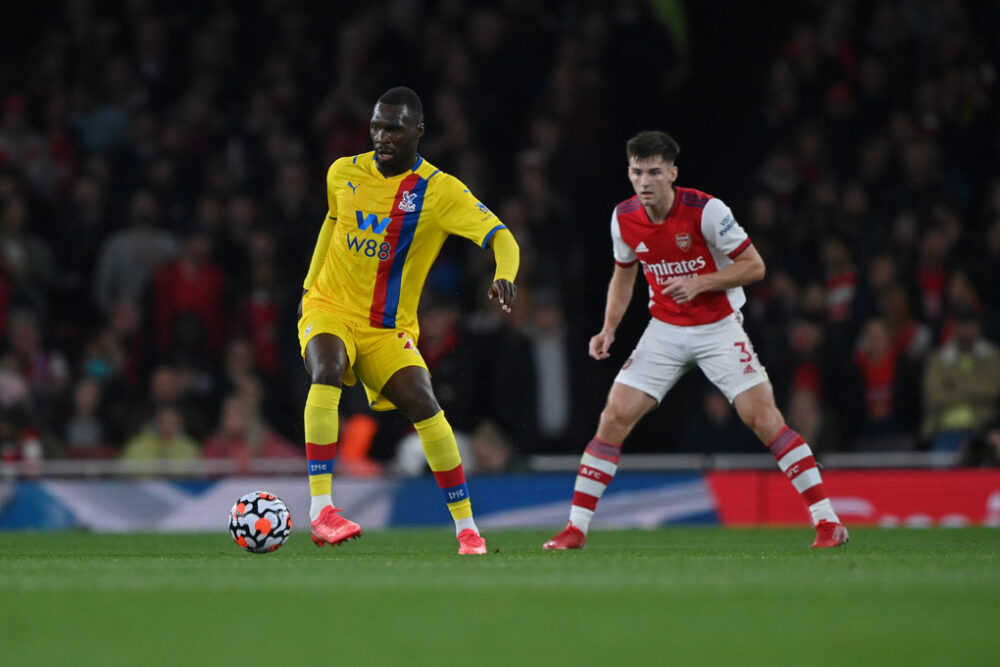 Palace also have inviting fixtures on the horizon against two clubs yet to get a win on the board – Newcastle at Selhurst Park and Burnley next month.

But play like they did at Arsenal and even the fixture at Manchester City at the end of October holds no fears.

The future is looking bright.