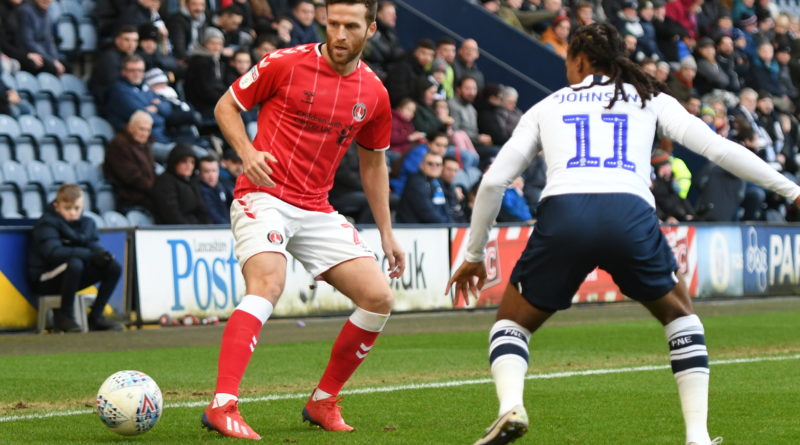 Charlton slipped to a third defeat in four league games as their play-off hero Patrick Bauer completed a turnaround win for his new side Preston North End at Deepdale.

The Addicks had taken an early lead through former Lilywhites loanee Andre Green, only to be pegged back by a stunning strike from Josh Harrop with 31 minutes gone.

Bauer, whose 94th-minute Wembley winner against Sunderland secured promotion for Lee Bowyer’s side, headed home early in the second-period as the hosts tasted victory for the first time in six league outings.

The Addicks now sit just five points above the Championship drop zone having won just one in their last 16 league matches.

Lee Bowyer was able to call upon Jonny Williams from the start for the first time since mid-October, with the Welshman replacing Conor Gallagher after he was recalled by parent side Chelsea in what was his only change from the 2-2 draw with West Brom last time out.

The South Londoners hadn’t tasted victory on the road since beating Reading at the end of August – but they were off to the perfect start at Deepdale.

Alfie Doughty, who has been a revelation since breaking into the first-team after being recalled from his loan at Bromley, burst away down the left before drilling in a low cross that Green converted to bag his first goal in Charlton colours after just six minutes.

The hosts remained patient as they looked to recover from that set-back but were struggling to create clear-cut opportunities. Daniel Johnson, who was making his first North End start since being injured in the reverse fixture at The Valley in November, curled an effort over the bar from range before teammate Harrop went one better just beyond the half-hour mark.

The midfielder bagged his fifth goal of the season as his left-footed effort nestled inside the top-corner.

Dillon Phillips saved smartly from former Charlton loanee Scott Sinclair moments later but was powerless to stop another former colleague from giving the hosts the lead soon after the interval.

Bauer rose highest from the hosts first corner of the game on 51 minutes and powered his header into the Addicks net – the former Valley favourite choosing not celebrate against his old side.

Lee Bowyer made a double switch as Albie Morgan and Erhun Oztumer were thrown on – the latter making his own return from a month out – with Tomer Hemed also entering the fray moments later.

The visitors enjoyed a spell of possession, with youngster Josh Davison unable to connect properly with a decent chance inside the Preston penalty area and two corners in quick succession leading to nothing.

Phillips denied substitute David Nugent as the hosts looked to make the game safe but Alex Neil’s side were able to hold on to their slender advantage until the final whistle.