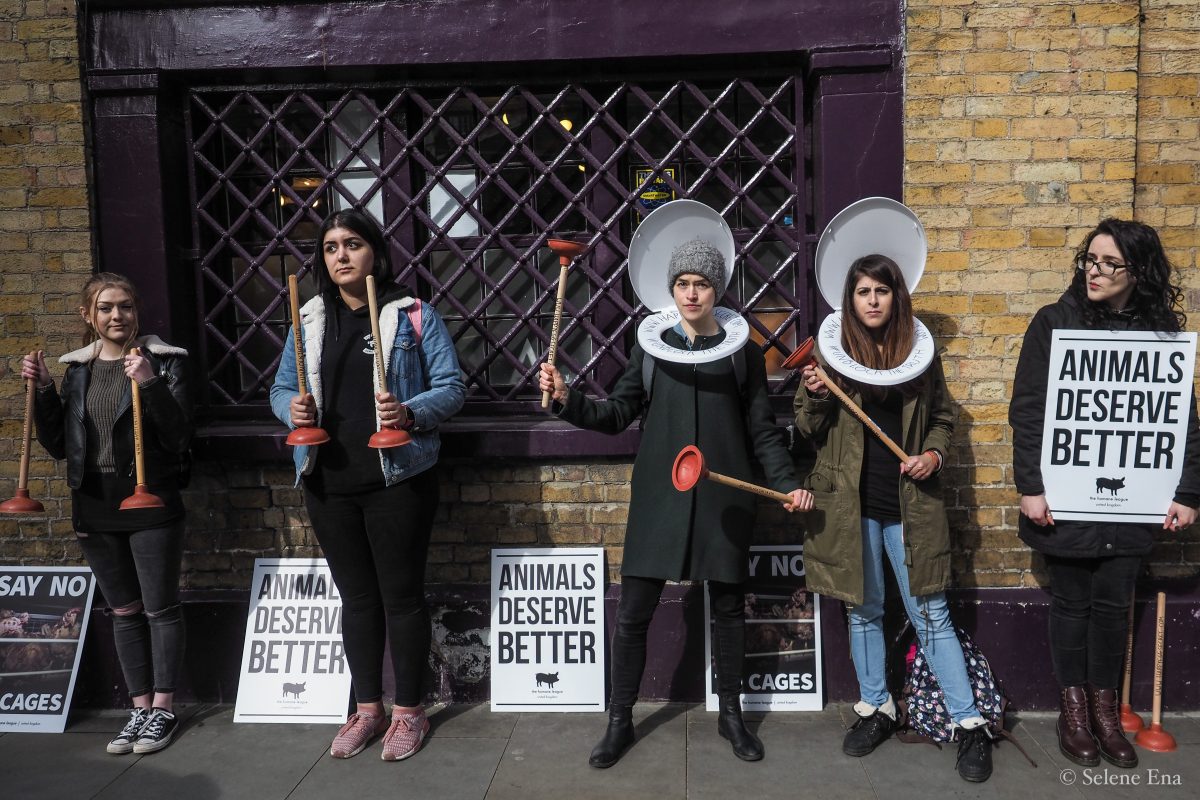 Why did the chicken cross the road? Perhaps it was to avoid the advertising agency?

Campaigners went the opposite way, though, last Wednesday as they staged a protest outside the offices of  a company whose clients include an egg company which allegedly factory farms the feathered birds.

The Humane League was armed with plungers and toilet seats to claim the agency Spider in Leathermarket Street, Bermondsey is allegedly blocking comments from members of the public.

The Humane League is not chicken – they ruffled feathers by handing out leaflets and talking to employees about the issue. They claim Noble, which owns free-range brand The Happy Egg Co, keeps 4.3 million hens in cages.

Katrina Dixon, corporate campaigns co-ordinator at The Humane League, said: “How can it be that Spider, as the PR agency of the UK’s leading egg producer, can simply refuse to respond to the concerns of thousands of citizens? “Spider claims that ‘as practitioners of PR we have a duty to try and manage responsible outcomes’ and that its duties involve protecting Noble Foods’ reputation. Surely this should also mean advising their clients to take action rather than trying to sweep issues under the carpet. ‘No comment’ simply isn’t good enough at this stage.”

More than 69,000 people have signed a petition asking Noble Foods to stop farming hens in cages. The company produces more than 60 million eggs a week and supplies many of the major UK supermarkets.

The Humane League claims up to 38 per cent of their hens are kept in cages, amounting to a large slice of their profits.

The campaign claims that in so-called ‘enriched’ cages, hens can be crammed in with up to 80 other birds.

They are confined for all of their adult lives, where they have hardly more space to themselves than an A4 sheet of paper. They’ll never feel grass between their toes, or enjoy the sun on their backs, and they have little opportunity to carry out innate behaviours which are essential for their welfare.

But the Humane League claims up to 30 per cent of its hens will still remain in cages— totalling in millions each year.

A spokesman for Spider said: “Luckily, we live in a democracy where people have the right to express their opinions and we respect that the Humane League has a point of view. Equally, as a business we should be free to represent clients which operate entirely within the law and with high ethical standards.”

The Humane League has been named Top Charity by Animal Charity Evaluators for every rating period.

Last year, The Open Philanthropy Project announced that they will be granting The Humane League £1.4million to support its campaigns for corporate cage-free egg reform.