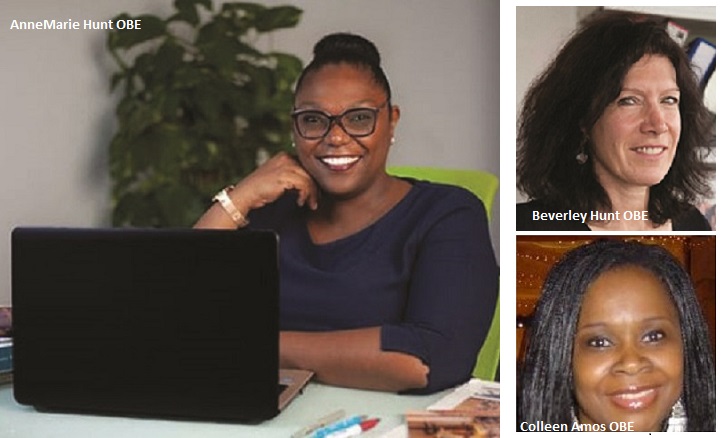 Helping ex-offenders to carve out a career

The creator of a social enterprise which helps former prisoners carve a career has been been awarded an OBE.

AnnMarie Lewis is the founding director of social enterprise Rainmakers Worldwide helps ex-offenders find work and create businesses to get their life back on track.

Rainmakers has since 2010 given them support so they can leave behind a life of crime and gang warfare.

It provides business support and personal development for young people from challenging backgrounds, offering mentoring from business schools such as the London Business School and School for Social Entrepreneurs.

She said: “I am both humbled and honoured to have been recognised in this way in what is now my 25th year serving the youth justice and entrepreneurship environs.

“It has been quite the journey, some of my darkest moments became the very foundation upon which I speak, teach, write and inspire others.

“At Rainmakers we believe that every child and young person has the right to ‘become’, irrespective of background or life circumstances.

My own personal journey of purpose, passion and pain did not make me risk- adverse, quite the contrary, it enabled me to have a can-do attitude, develop resilience, to mend quickly and build a solid foundation.

“I am able to give insight to others because of a God given ability to rise out of the ashes. It is this that I hope to impart to the children and young people I am privileged to serve.

“My favourite book says ‘And now there remains faith, hope and love, these three, but the greatest of these is love’.

“As the late, great Maya Angelou said: ‘It is love that liberates those I serve to be the best they can be and for those who are serving them to be the change we want to see.’”

She has also advised top UK universities, FTSE 100 organisations, Buckingham Palace, councils and the Government on inclusion and diversity, as well as giving evidence to the Home affairs select committee, the House of Commons and Lords.

AnnMarie has a criminal justice degree from Thames Valley University, before getting a job as a prison officer at Feltham young offender institution and remand centre – becoming the first black woman to hold the position, aged 22.

She saw first-hand that the bulk of prison inmates were from black minority ethnic backgrounds, and that often, they received longer sentences than their white counterparts.

She then worked for Southwark Youth Offending Team and with the Youth Justice Board, then, after a year-long spell at London Youth, set up Rainmakers.

She is trained in advocacy, conflict resolution and mediation, and a qualified action learning facilitator and coach. She also runs a consultancy supporting individuals, firms and third sector organisations.

Leading the battle against thrombosis

Professor Beverley Hunt, consultant in thrombosis and haemostasis at Guy’s and St Thomas’, has been recognised in the Queen’s Birthday Honours list for her commitment to global awareness and prevention of thrombosis.

Beverley, who is also professor of thrombosis and haemostasis at King’s College London, has been awarded an Order of the British Empire (OBE) for services to medicine.

Professor Hunt is an expert in thrombosis, which is the formation of blood clots in blood vessels, and acquired bleeding disorders.

She co-founded award-winning charity Thrombosis UK – formerly called Lifeblood, and is chairwoman of the steering committee of the World Thrombosis Day campaign.

Other achievements include helping to produce many national and international guidelines as well as more than 300 published research papers. Professor Hunt is also director of Guy’s and St Thomas’ Haemostasis Research Unit.

Haemostasis is the process that causes bleeding to stop and is the first stage of wound healing.

Professor Hunt said: “I was really surprised to receive a letter offering me an OBE. I think it’s not really for me, but consider it an acknowledgement of all the good work that the teams I work with carry out at the hospital, nationally with Thrombosis UK and internationally with World Thrombosis Day.

I hope it will help indirectly in the recognition that the fields of thrombosis and bleeding are very important in healthcare and need more awareness and research.

“I love my work because I am able to combine looking after patients, doing research and also campaigning to improve care.”

The founder of a charity celebrating 10 years of empowering black boys has been awarded an OBE.

Colleen Amos, the who set up The Amos Bursary, was honoured in the Queen’s Birthday Honours list last weekend.

Currently more than half its students study at a Russell Group or Ivy League university; 70 per cent of whom study at the top 10 universities in the UK according to 2019 rankings.

She said: “This is a wonderful honour. “The charity’s aim is to address the under representation in higher education and the professions, of young British men of African and Caribbean descent, by providing mentoring and empowerment to ensure each student moves from potential to performance.

“Some graduates have further embarked on entrepreneurial journeys, starting their own businesses.

“Every year 300-400 young men apply to the bursary and our ambition is to support every single young man, as we continue to challenge the current narrative of underperformance, underemployment and crime for our young men.”