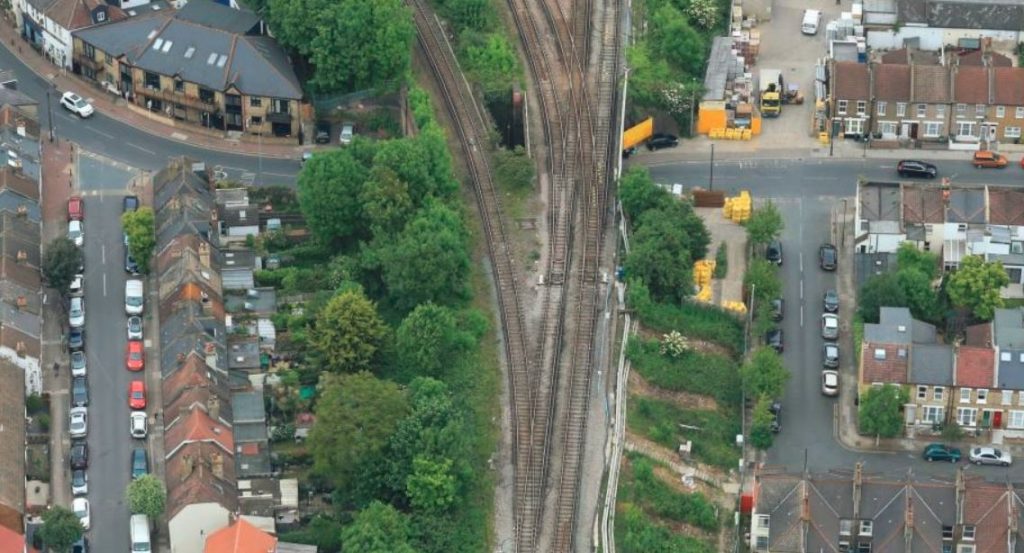 Vital work to stabilise an unsafe railway embankment has started – it’s part of an upgrade costing £300million across London.

The banking in Streatham is starting to subside, according to geology consultants asked to check the land by Network Rail.

Their monitoring equipment has confirmed it needs to be firmed up before a major accident occurs.

Network Rail engineers have been monitoring the stability of the embankment close to Streatham Common railway station after regular inspections raised concerns.

Equipment called an  inclinometer, which measures movement, showed the embankment is slowly moving, even during the dry summer months.

The year-long project at Streatham is part of a £300million Government-funded programme to boost the reliability of the railway in the south-east.

“Streatham is a key location on our railway network and any disruption here has the potential to disrupt services across the whole of South London.”

In order to stabilise the embankment, a mixture of concrete piles and soil nails will be driven into the ground to secure the soil.

Once the soil has been stabilised, a reinforced concrete beam will be added, then more surface concrete, before being finished with a new soft surface to allow grass to return.

Work started in mid-January and is set to be completed in early 2019.

It will be done mainly during the day to minimise disruption to people who live nearby.

Network Rail has written to residents who may be affected by the work and recently hosted a drop-in session for local people.

For more information, members of the public can call Network Rail’s 24-hour helpline on 03457 11 41 41. Have you been affected by the railway works? Email Toby Porter at toby@slpmedia.co.uk