South London superbike racer Gino Rea had a tough weekend in round nine of the British Superbike championship at Oulton Park in Cheshire, bouncing back from a crash to take two top ten finishes.

Tooting born Rea had his best qualifying at the Cheshire track, putting his Buildbase Suzuki GSXR1000 eighth on the grid for the first race held on the Saturday.

Away from the lights for race one and Rea got his now traditional fast start to gain two places up to sixth by the end of the first lap.

By lap two the top five had already opened up a gap over over 1.6 seconds from Rea as he took avoiding action to miss the stricken Kawasaki of Ryan Vickers. 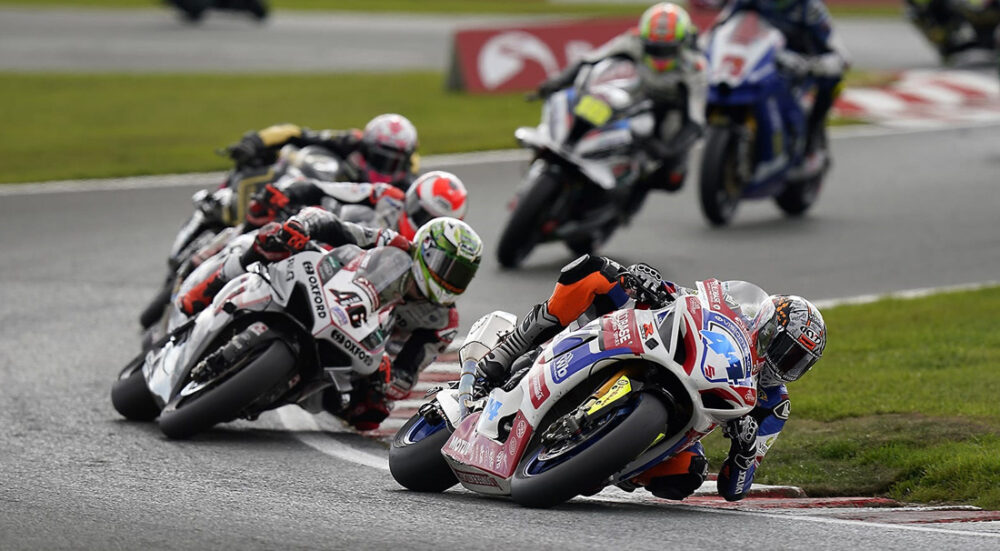 Lap four of fourteen and Ducati mounted Tommy Bridewell and BMW rider Peter Hickman are the fastest men on track and were starting to close on Rea but worse was to happen as seconds later, the 31 year old crashed out at Shell Oils corner whilst desperately trying to close the gap to the leaders.

Despite his early exit, Rea posted a time quick enough to start from eighth on the grid for the first eighteen lap race on Sunday, getting away smartly to make a place up to seventh after the first lap. 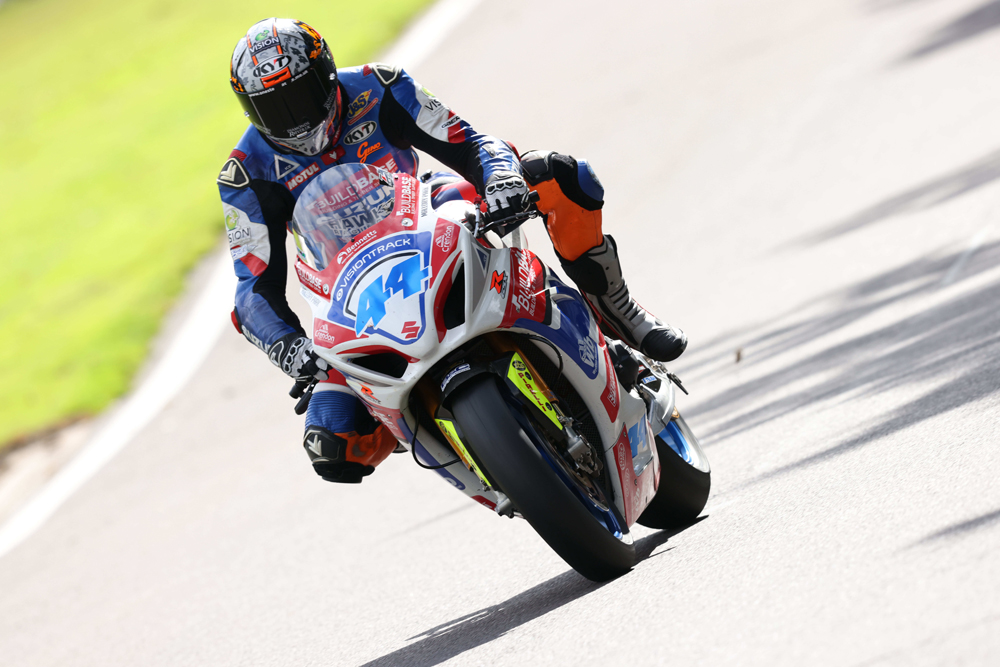 In a frantic battle, Rea had dropped to tenth by lap eight and then eleventh two laps later as Andy Irwin slipped his BMW by, with the top eight breaking away from the three bike fight Rea was involved in.

Final lap and reigning champion Josh Brookes went down, gifting Rea the final place in the top ten at the flag.

Last race of the day and from ninth on the grid, Rea didn’t manage to capitalise on his usual good starts, crossing the line for the first time of asking in tenth place. 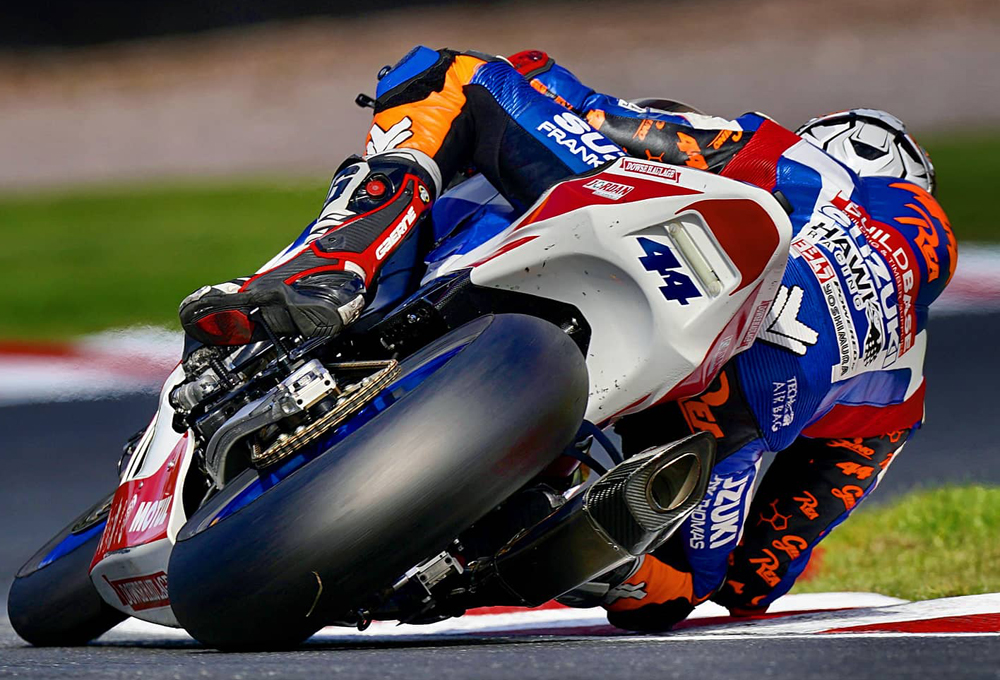 Six laps in and Rea had been shuffled to the back of the leading pack in twelth but set his fastest lap of the weekend, dipping into the 1:34’s for the first time.

Four laps to go and Rea moved into the top ten as Christian Iddon outbraked himself and dropped back down the field. 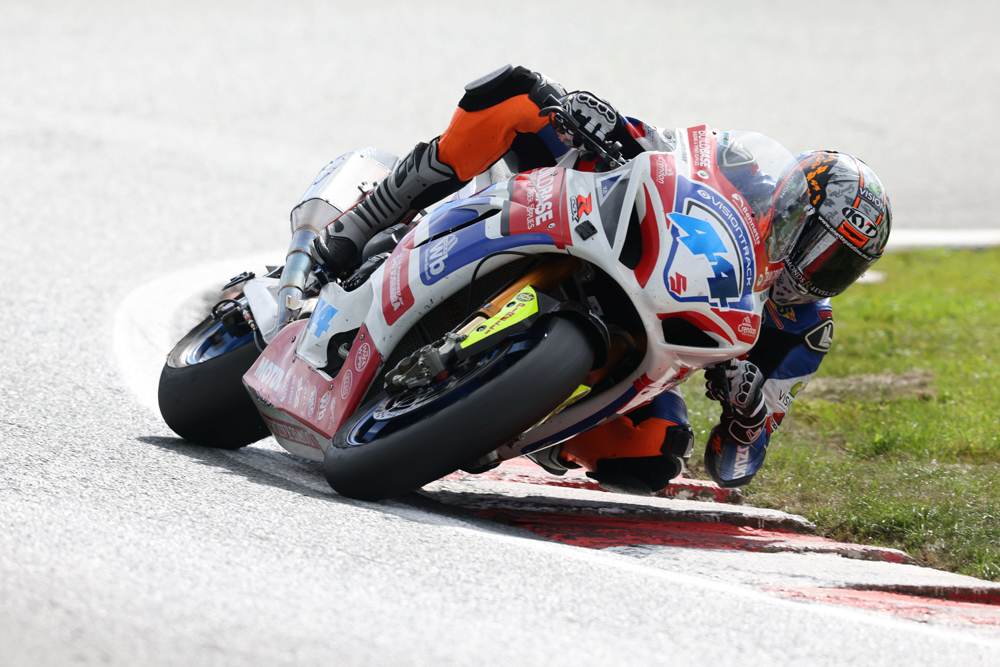 Looking set for another tenth place finish with one lap to go, Yamaha mounted Taz MacKenzie made an ill-timed move on Lee Jackson for second with the resulting contact leaving the Kawasaki man in the gravel and moving Rea into ninth.

The Suzuki man was swarming all over the back wheel of the BMW of Irwin but catching someone and passing them at the tight and twisty Cheshire track are two very different things and despite his best effort Rea followed the Irishman over the line for the final time to take ninth just 0.126 seconds in arrears. 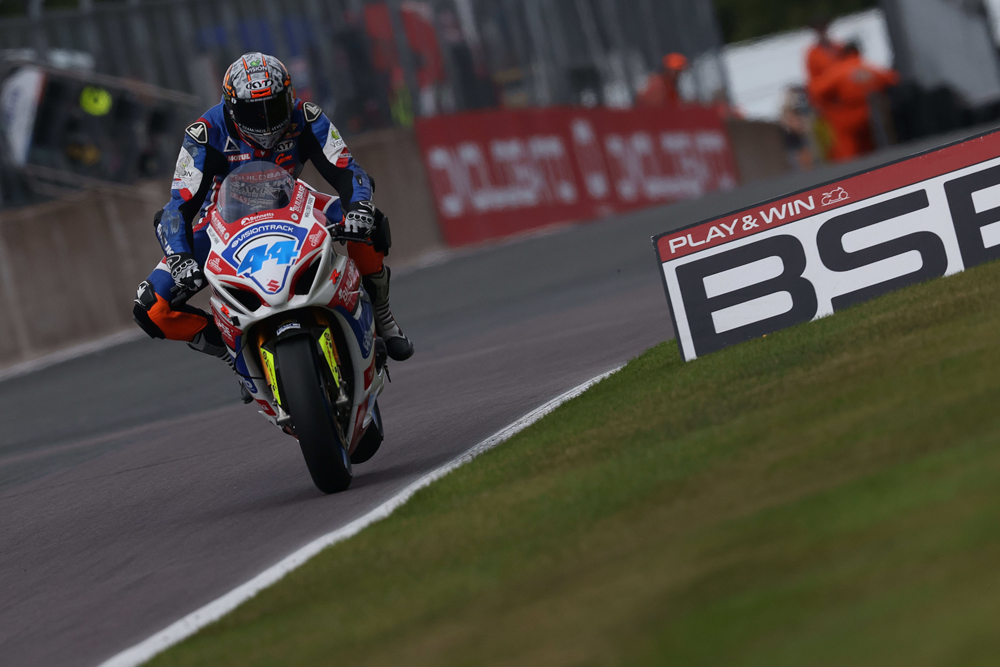 “I think overall it’s not been a bad weekend,” said Rea, “Friday started off really well.”

“We were up to pace really quickly; we were top six in free practice two and felt quite good on the bike.

“Going into yesterday’s (Saturday) first race I felt really confident. Unfortunately I got involved in Ryan Vickers crash and I was lucky to avoid him and I lost contact with the group ahead. 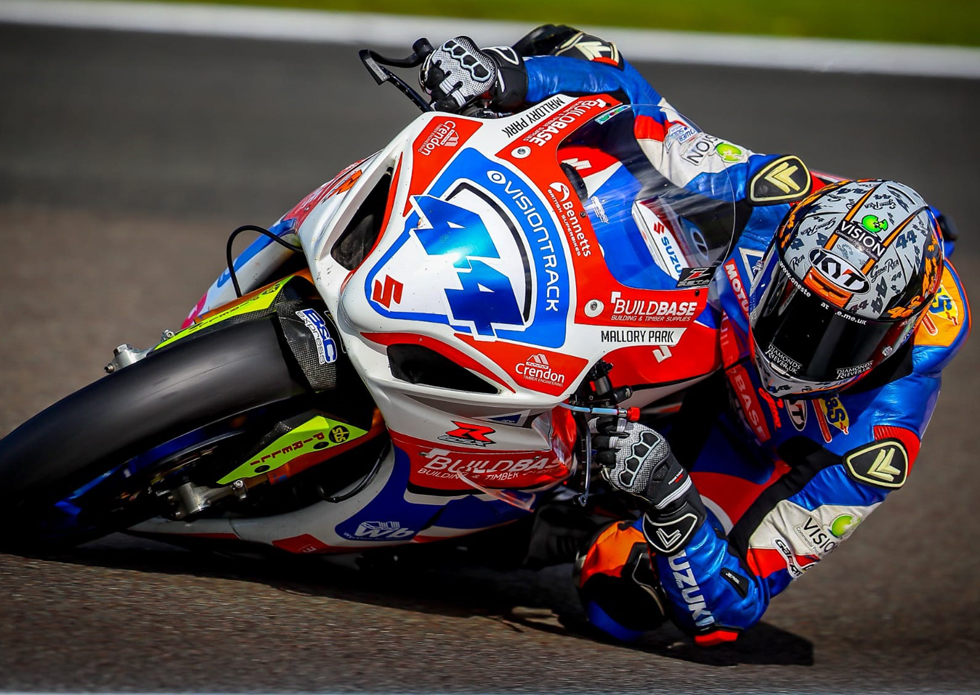 “I charged really hard to catch up but unfortunately I crashed early in the race so we lost the whole race of data and that hurt us a bit going into today (Sunday).

“We tried a setup change on the bike for race one and really (I) just didn’t feel comfy. I was able to get a really good start but just couldn’t hold the pace and we just managed a top ten.

“We still did relatively good lap times all throughout. Race one I crashed out of i managed eighth best lap and in the second race I didRound 9, ninth best lap so we were still in the top tens of best laps. 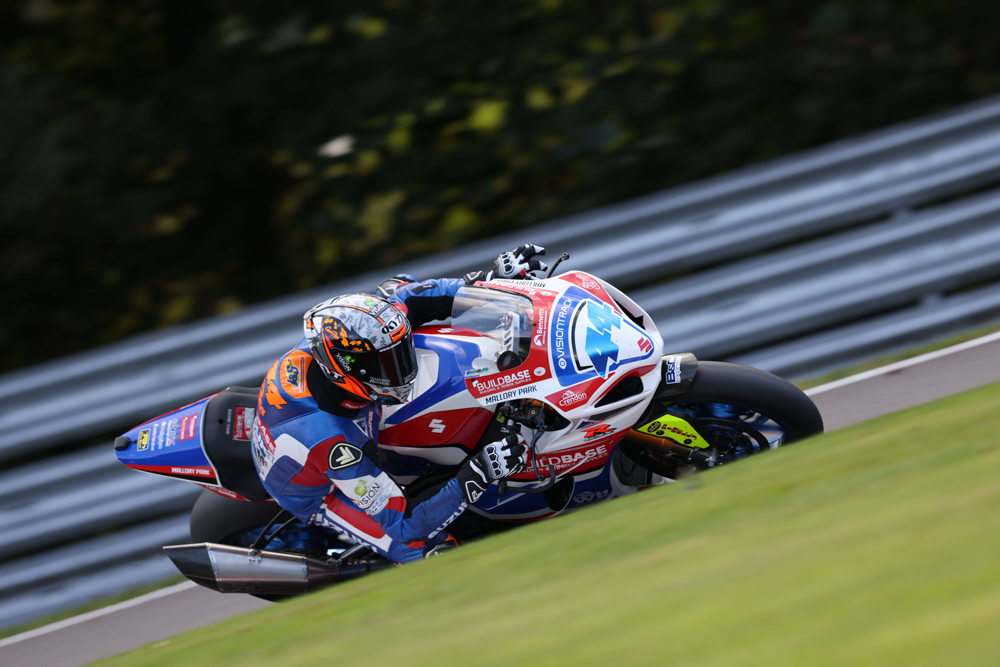 “We reverted back to Saturday’s setup for the third race and I felt better. My pace was good throughout the race but just made a couple of little mistakes early on and ended up behind Andrew Irwin and got into his rhythm and couldn’t close the gap to the group ahead.

“We almost managed to pass his brother Glenn on the last lap but couldn’t quite get close enough. We were close to a seventh place finish but I still just wanted a little bit more, to be honest. 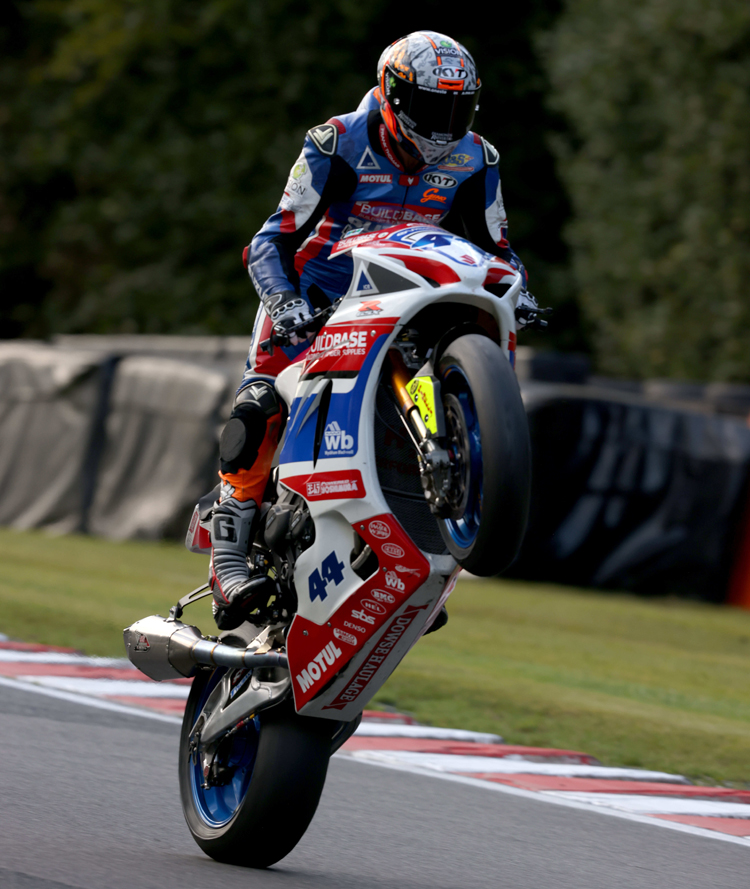 “We knew Oulton Park would be difficult for us so the good thing is I think we made a step since the last race weekend here and that was what we were aiming to do.

“We’re still learning and continuing to learn about the bike and I think we’re going the right way and I think Donington will suit us a bit more and will get back to where we were at Snetterton and Silverstone.

Superbike legend Shane Bryne’s Sixty Seven Sports Management rider, Bradley Ray had a positive weekend finishing ninth and seventh before claiming the final step on the podium in third in the final race.

The next round of the championship goes to Donington Park on the 1st-3rd October.