Gary Rowett was handed his first defeat as Millwall manager by Reading at the Madejski Stadium.

Jordan Obita gave Reading the lead after 10 minutes. Millwall failed to deal with a long throw and Jake Cooper’s clearance was picked up by Obita, who smashed his effort past Bartosz Bialkowski.

Seven minutes later the Lions could have been further behind. John Swift’s curling free-kick hit the crossbar and bounced out for a throw in.

Bialkowski came to Millwall’s aid again on 33 minutes. Matt Miazga got his head on to Swift’s corner and it looked destined for the goal but Bialkowski made a stunning reflex save to deny the Royals defender. He could do nothing about Reading’s second though. Sam Baldock was left free 30 yards from goal, he advanced and powered an effort into the top corner past Bialkowski. No less than the hosts deserved going into the break. 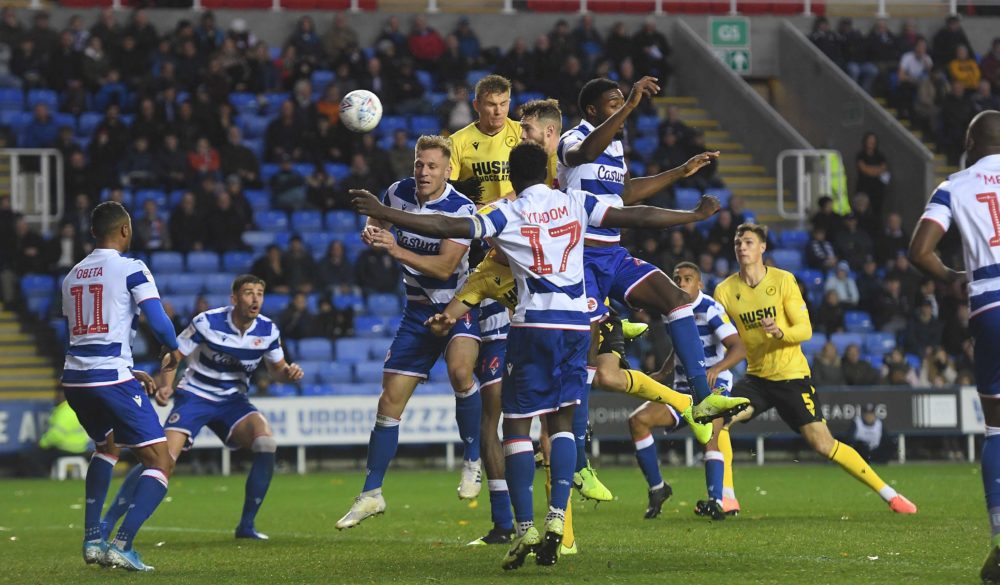 Rowett changed things at half time as he introduced former Reading man Jon-Dadi Bodvarsson. The Icelandic international partnered Tom Bradshaw up front with Ben Thompson moving out to left midfield to replace the departed Shane Ferguson.

After a dull start to the second half, Millwall found themselves back in the game. Jed Wallace nut-megged one defender before sprinting past another and smashing an effort into the bottom corner – his sixth goal of the season.

That burst him and the team into life. A couple of minutes later Wallace again went on a trademark run. However, his touch was just too heavy and Reading managed to clear the danger.

Millwall piled-on the pressure towards the end. A number of free-kicks were won and put into the box. Matt Smith got up high but headed straight into Cabral’s hands.

The search for an away win rolls on.