Gino Rea had a weekend to forget as promising pace was curtailed by mechanical failures at the latest round of the British Superbike Championship at Brands Hatch.

Tooting born Rea, had a disaster in qualifying after running as high as seventh in practice, putting his Buildbase Suzuki 16th on the grid for Saturday’s 15 lap race on the 2.43 mile Kent circuit.

Tragedy struck in race one on Saturday when the iForce Lloyd & Jones BMW rider, Brad Jones, crashed heavily at Clearways on the first lap, bringing out the red flags whilst he was attended to on track, before being airlifted to hospital where he remains in an induced coma at the time of writing.

In the re-run race, Rea got a great start to move up five places to eleventh on the first lap before suddenly plummeting to 22nd a few laps later before retiring into the pits on lap nine with severe grip issues from the rear of the machine. 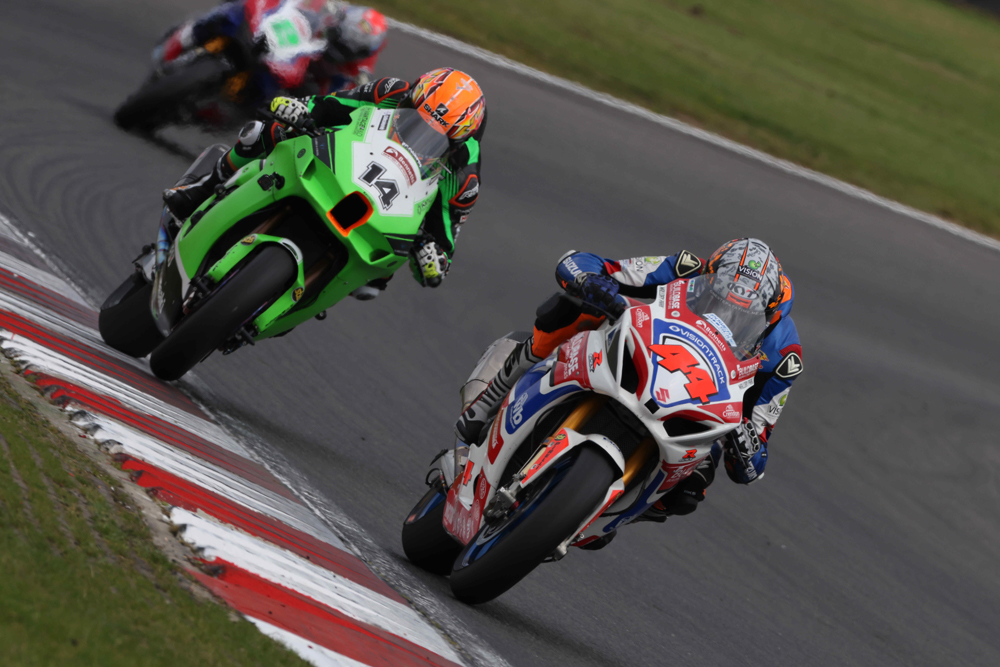 A fast start from tenth on the grid for Sunday’s first race saw Rea cross the line for the first time of twenty in seventh place.

After keeping the position for several laps, Rea eventually fell victim to the Kawasaki and Honda respectively of Lee Jackson and Glenn Irwin before being mugged for ninth on the last lap by the BMW of Peter Hickman.

Bad luck was to return for Rea in the damp last race with flames firing from the exhaust of his bike, forcing him to retire from a top ten placing and the race to be red flagged whilst the marshall’s moved his stricken Suzuki to a place of safety. 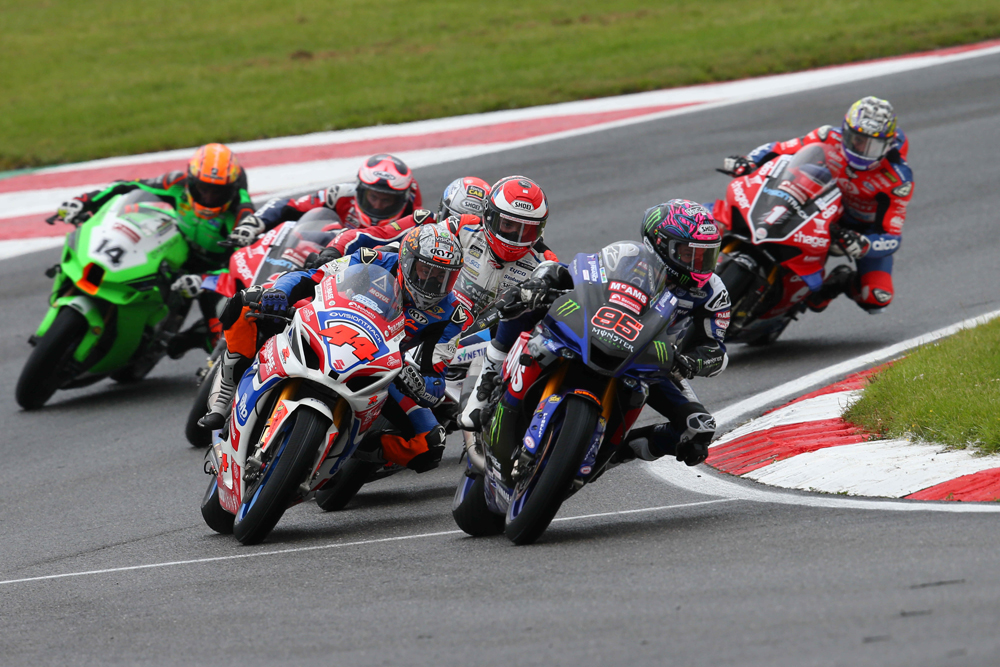 “Firstly, our thoughts are with Brad Jones and his family and friends, hoping that he’ll pull through.” Rea said.

“It was a difficult weekend. Just very up and down; very changeable conditions but then in the races we put ourselves in the best position we could.

“We had a really bad qualifying, starting 16th and did what we had to do in the race, got ourselves into tenth and then we had a problem in the first race.

“I lost grip suddenly and it started having vibration issues and I thought there was a problem with the tyre and had to slow down and check it out and the race was over.

“Sunday’s race one I had a really good start and ran in seventh for a while and similar to Knockhill, I had the pace early on but once the tyre dropped, it became too difficult to manage and just lost a little bit of pace mid race and then I was in a battle with Glenn Irwin until the end and Peter Hickman nabbed me on the last lap when I was trying to line Irwin up for a pass.

“Still, a top ten with eighth position right there wasn’t bad and I had the eighth fastest lap time for the last race. 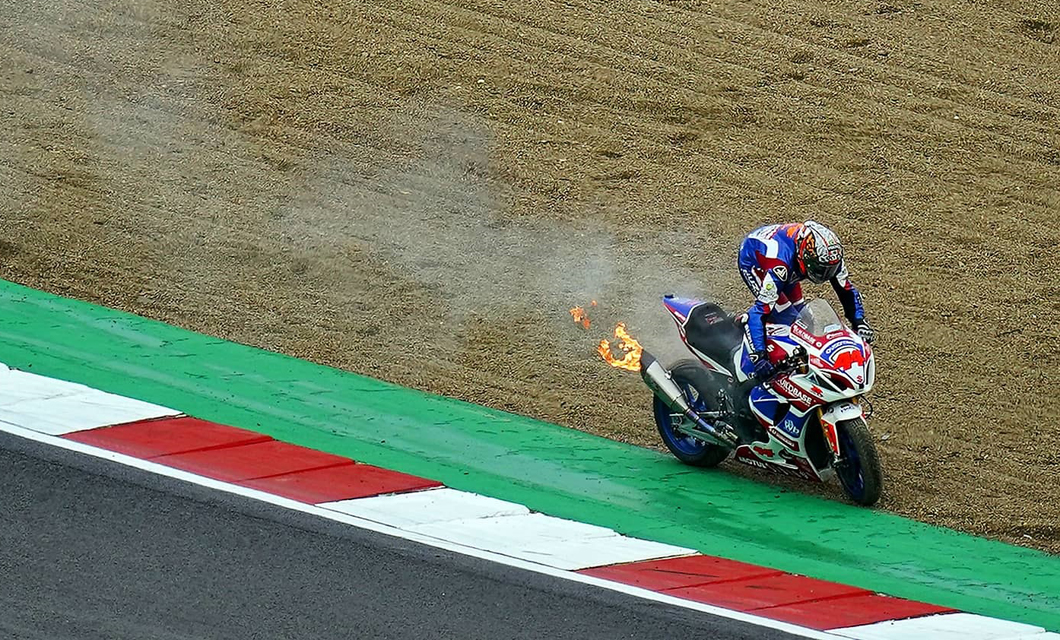 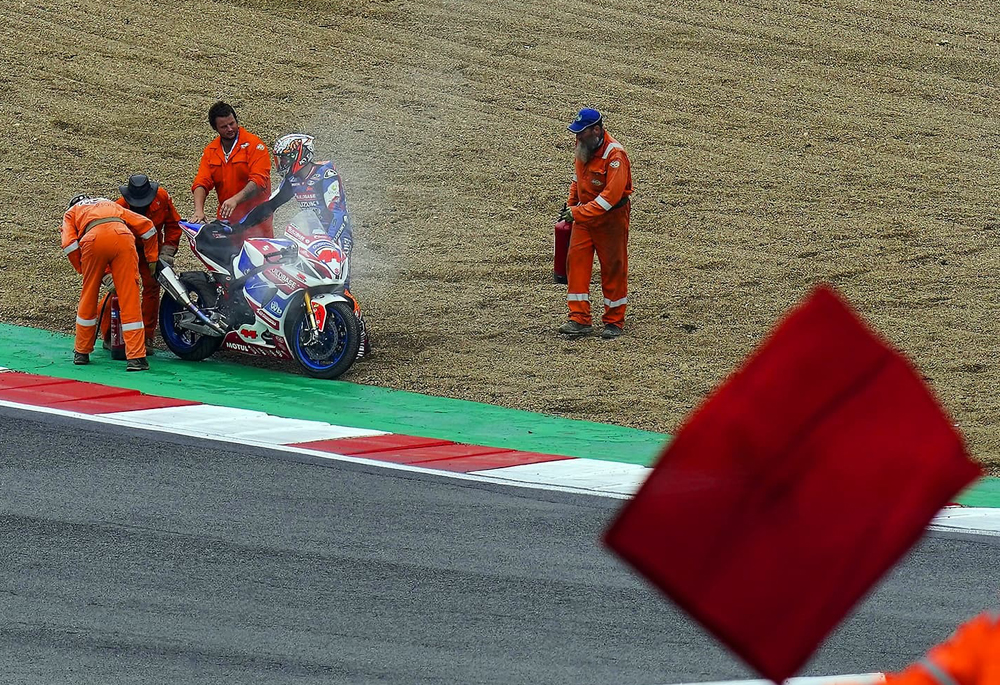 “The damp conditions in the last race meant everyone was on different tyres, made a really good start, got into second position on the first lap, then got swamped a bit by the people on wet weather tyres, I opted for an intermediate rear so was a little hesitant on the first couple of laps.

“I had a bit of a vibration issue again, this time from the engine and finally it let go going into turn one (Paddock Hill bend). I felt it let go and pulled over, then I saw from the big screens in the stands there was actually fire coming out of the exhaust so I jumped off it and the engine exploded.

“Unfortunately, two DNF’s from things out of our control but we have to take the positives. We were relatively fast when we needed to be and we’ll take that onto Thruxton.

The championship moves onto Thruxton, Hampshire on the 30th July – 1st August.