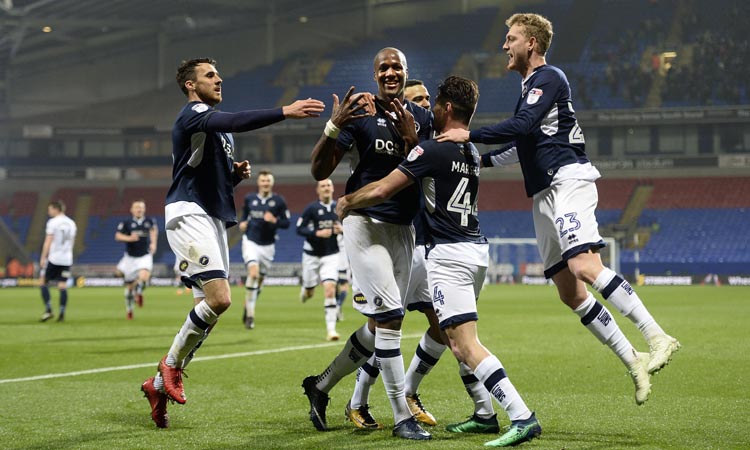 Millwall’s 16-game unbeaten run in the Championship has set a new club record – and boss Neil Harris doesn’t want it to end there.

The Lions’ 2-0 win at Bolton Wanderers on Tuesday ensured it is their longest unbeaten sequence in English football’s second tier, beating the previous best set by Benny Fenton’s side in the 1970-71 and 1971-72 campaigns.

Millwall will have 1,639 fans at Sheffield United tomorrow to see if they can make it 17 matches undefeated and strengthen their hold on a play-off place.

“I like records – I like chasing them and beating them,” said Lions boss Harris. “I like recognition for the players and the team. We have fully deserved our results and the league table doesn’t lie in terms of the form the boys have been in.

“It is another milestone that the team has passed. I’m really pleased. The record has stood since the 1970s for a reason – that it is tough to do. You don’t get 46-year-old records for nothing.

“It is not going to be easy to extend that.”

Millwall wanted extra tickets for the game at Bramall Lane after selling out their initial allocation of 1,539. But talks with Sheffield United and the EFL only ended up with another 100 tickets when the Lions probably have the demand for nearer 2,000.

Millwall did manage to negotiate a beamback of the fixture to The Den, which the home club has to agree to.

“I know the club fought tooth and nail to try and get more tickets for the game but Sheffield United, for whatever reason, haven’t wanted to extend the hospitality to us,” said Harris. “That’s their choice, their prerogative.

“The fans want to come and watch the team, rightly so. If I was a Millwall fan I would want to travel around the country to watch us

because it is a team to be proud of. These opportunities don’t come around very often, you need to make the most of them.

“The atmosphere at The Den has been a privilege to be involved in. Bolton is not an easy place to get to, it is a horrible journey home, but the fans did it and the players appreciate it.