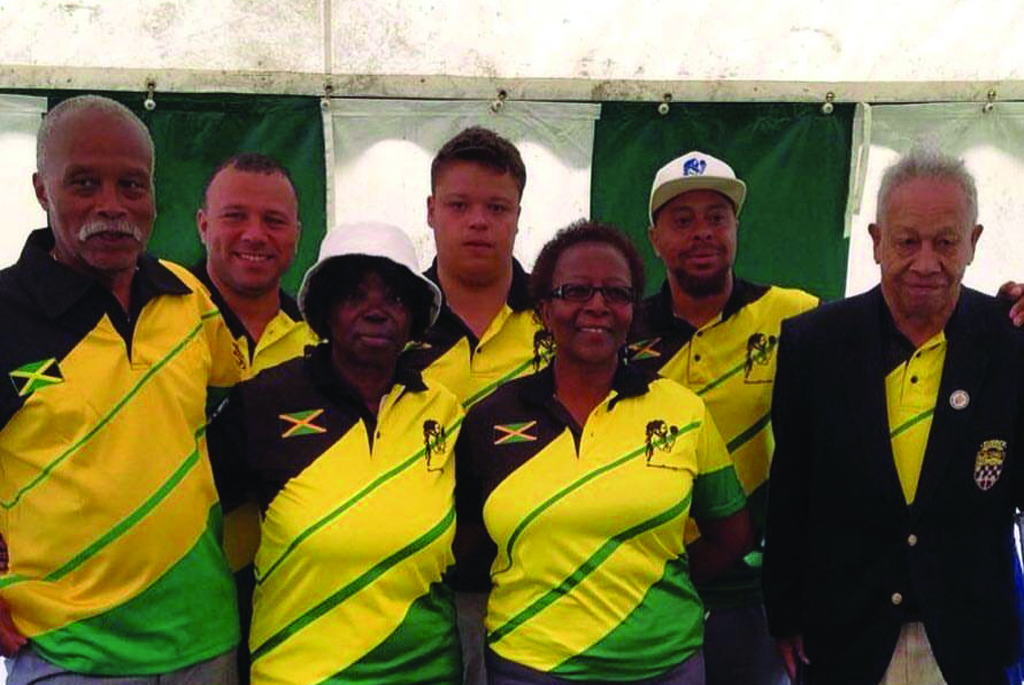 From Cool Runnings to Reggae Rollers, a South London man is taking Jamaica’s first ever recognised bowls team to this year’s Commonwealth Games. Jamaica hit the headlines in 1988 when they entered a bobsleigh team in the Winter Olympics in Calgary.

That spawned the hit film and the athletes went onto become world stars. This weekend, Andrew Newell, of Battersea, is jetting off to Australia’s Gold Coast for the tournament with teammate Mervyn Edwards.

The opening ceremony is April 4 and the Jamaican pair’s first match is April 5.

It took Andrew, 44, five years to set up and get the Jamaican Lawn Bowls Association internationally recognised. “I investigated playing for the Jamaica team with World Bowls, which is like the FIFA of bowls,” said Andrew, who has played bowls for 15 years.

“And they told me – ‘you can’t play for Jamaica because they aren’t a member’.

“From there, I did everything that I could to get there and set up a Bowling Association in Jamaica.”

The Kamballa Estate resident set-up the Kermit Newell Championship Cup (KNCC) in 2013 – named after his late father – so he could recruit an unofficial Jamaican team.

“I set up the KNCC to raise the profile of bowls in the Caribbean community. If I could do that then I could find players for the team.

“It was hard originally but after 2015 there was a regular influx of smaller international teams – from Sweden, Macaw, Belgium and the UAE – these guys are always down for the events.

“It was hard. But I kept going because I was told that I couldn’t do it. But I could see I was getting closer every year. It wasn’t as if we weren’t good enough. I knew we were close.”

Once the team – nicknamed the Reggae Rollers – had a solid membership core, Andrew flew to Jamaica to register the Jamaican Lawn Bowls Association. They were recognised by World Bowls Ltd on January 22 on “development” terms which opens the door to enter major international tournaments.

“We opened Jamaica’s first bowling green in 2015 – hopefully we can see some home-grown talent there.

“The sport can do a lot for the country and for a lot of people. In KNCC matches we have a sound system playing, we aren’t worried about the noise. We’re recreating the game in Jamaica.”

Andrew, a behavioural support specialist for youngsters, trains at Crystal Palace Indoor Bowls Club in Anerley Road, Anerley. He is writing his second children’s book and has launched a Reggae Rollers clothing range.

He said: “I’m pretty excited about going to the Games but I’m trying to keep my head down and work and practice. I want to be in the best that I can be.”

2 thoughts on “Reggae Rollers hope to bowl the Commonwealth over”