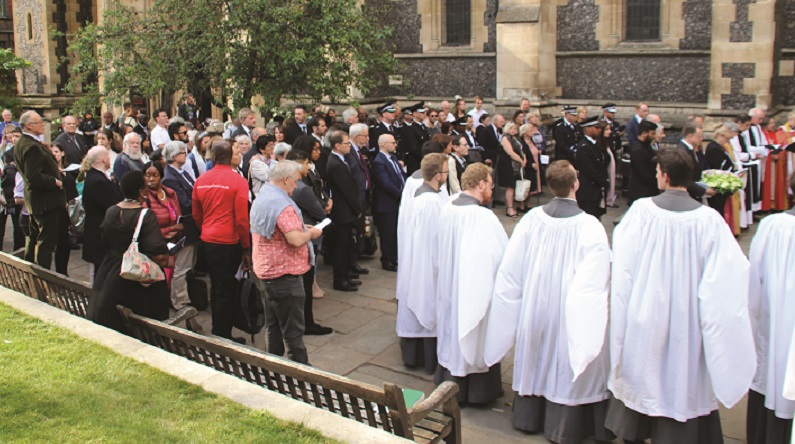 Victims caught up in the horror of the London Bridge terror attacks were among those who took part in a special choral evensong at Southwark Cathedral with survivors of the attack, families of the victims and police officers on the second anniversary of the atrocity.

Lessons were read by Amir Eden, chairman of Living Bankside, who found himself in the thick of the carnage; and PC Wayne Marques, of the British Transport Police, who was injured in the attack.

The Dean of Southwark, Andrew Nunn, talked about the ongoing inquest into the attack: “We want to know the truth because the truth will set us free – eventually.”

A procession to the Tree of Healing, planted on the first anniversary of the attack, was followed by an Act of Remembrance where the names of those who died were read out.

At the end of the service, floral tributes were laid in front of the Tree of Healing by survivors and relatives of the victims and also by the Mayor of London Sadiq Khan, and representatives of other organisations including Southwark council and the police service.

The cathedral remained open all evening for prayer and silent reflection.

The day of Remembrance was brought to a close with a service of Compline at 9.58pm, finishing at 10.16pm, marking the times of the start and finish of the attack.

The Queen was represented at the service by her Deputy Lieutenant for the Borough of Southwark, Simon Duckworth.