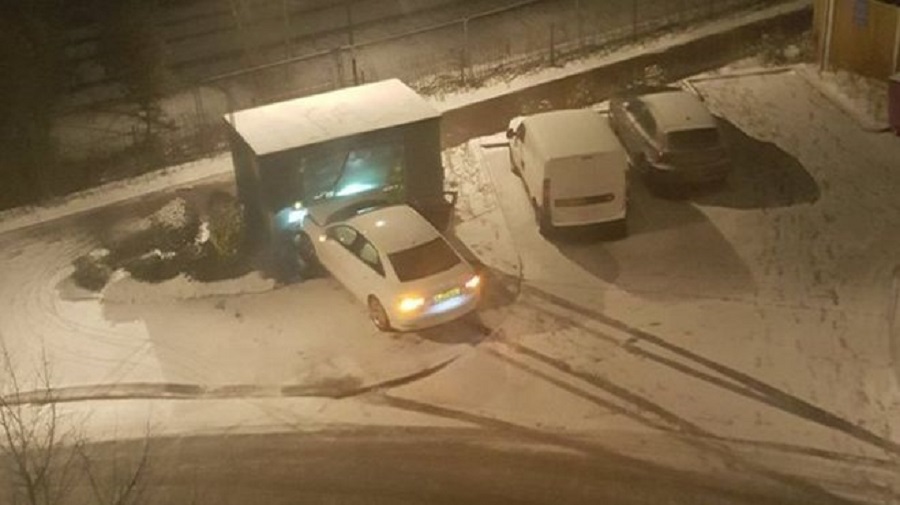 Families remain evacuated and emergency services are still at the scene following a gas leak after a car crashed into a gas storage depot.
Police were called on Sunday, 18 March at 8.21pm to Whitestone Way, Croydon following a collision between a car and an energy plant. The driver stopped at the scene and was not arrested.
As a result of a collision a gas leak has occurred and a cordon set up including areas such as Royal Crescent and Tudor Court.

A managed evacuation was carried out of local residents, as a precaution.
Croydon council is looking after those residents that have been evacuated, with the Salvation Army helping some who do not have anywhere else to stay.
Croydon council tweeted: “The council is currently supporting the Croydon Metropolitain Police Service and London Fire Brigade who are dealing with an incident at Whitestone Way.
““We have set up a rest centre for residents who have been evacuated as a precaution.
“All other residents in the area are advised to stay in their homes unless told otherwise by police.”
Cordons were put in place by the police to help facilitate the multi-agency response to the incident. The closure of Purley Way caused severe disruption of neighbouring roads in this morning’s rush hour.
The Metropolitan Police said: “To best manage the impact on the local area the size of those cordons is being kept under review, and they have now been reduced to 250 metres. Road closures remain in place and motorists are advised to avoid the area.”
Those people planning to travel are advised to check with Transport for London for any impact on their journey prior to leaving.
“Officers continue to work with all agencies to ensure that residents are returned home as soon as it is safe to do so. We thank all those impacted so far for their patience,” Scotland Yard added.
It is not being treated as terror-related.