Richard Riakporhe and Caroline Dubois have signed promotional deals with BOXXER and their fights will be televised on Sky Sports.

The broadcaster had previously worked with Matchroom Boxing but they have now moved exclusively to streaming platform DAZN.

BOXXER, along with American company Top Rank, will fill the void.

Walworth’s Riakporhe has not fought since December 2019 when he won the British cruiserweight title.

The undefeated South Londoner, 31, was being talked about as stepping up to world level but then had six months out following surgery to repair a fractured metacarpal.

“After that I had some issues with management that held me back – I was ready to box a year ago,” Riakporhe told the South London Press.

“People thought I had retired but I was just training. I’ve partnered with Loughborough University and been training up there with my new coach Angel Fernandez. I had been with Mark Tibbs.

“My record speaks for itself – 11 fights, 11 wins and eight knockouts. I would’ve got more knockouts if my technique was polished, it affected those results.

“I’d vacated the British title because I had my eyes on world titles. I want to become the unified champion in the next year-and-a-half. 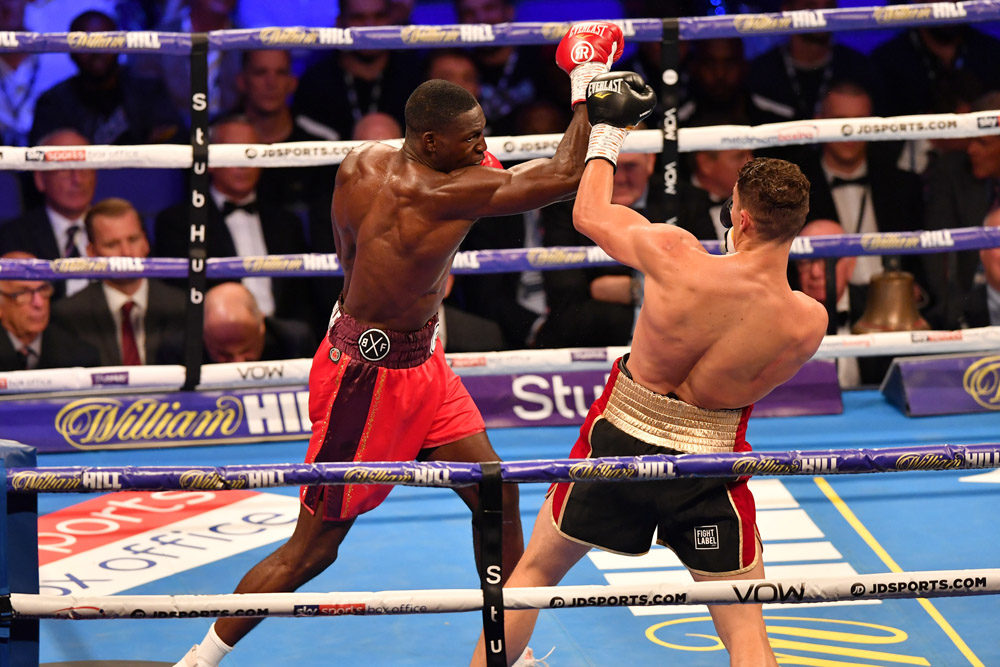 “I had offers from everybody, from BT and DAZN, but Sky Sports was more of an appeal for me. It was a no-brainer, they are an established platform. I’ve been really impressed with BOXXER in terms of their conduct – everything they promised has materialised.

“It was a gamble. I didn’t know what BOXXER could really do, but they came through.”

Riakporhe’s return will be at Wembley Arena on October 2 when he faces Poland’s Krzysztof Twardowski (9-2). His surgery was carried out by Mike Hayton, who has also helped Tony Bellew and Amir Khan recover from injury.

“I had it fused and it means my hand is stronger now,” said Riakporhe, who was 19 before he took up the sport. “My surgeon did an amazing job and had me punching sooner than I expected.

“I’ve got so much frustration about my time out of the ring but, at the same time, boxing is a sport of self control. I can’t let that get to me.”

Super-bantamweight Dubois won a silver medal at this summer’s Olympics.

The 20-year-old, who claimed gold at the Youth Olympics in Buenos Aires in 2018, had already told our publication that she intended to enter the paid ranks after the Games.

“Turning professional was always the plan in the long run – but so was winning gold at the Olympics,” said Dubois. “It just tells you that you may have one plan but God has another.

“As soon as I lost [to Kellie Harrington on a split decision at the Olympics] I got out of the ring so upset – devastated. I remember thinking ‘what was the point of all this? I need to redeem myself and I want to do it again straight away’.

“As time went on I realised I can redeem myself as a pro by proving every naysayer wrong under the big lights.” 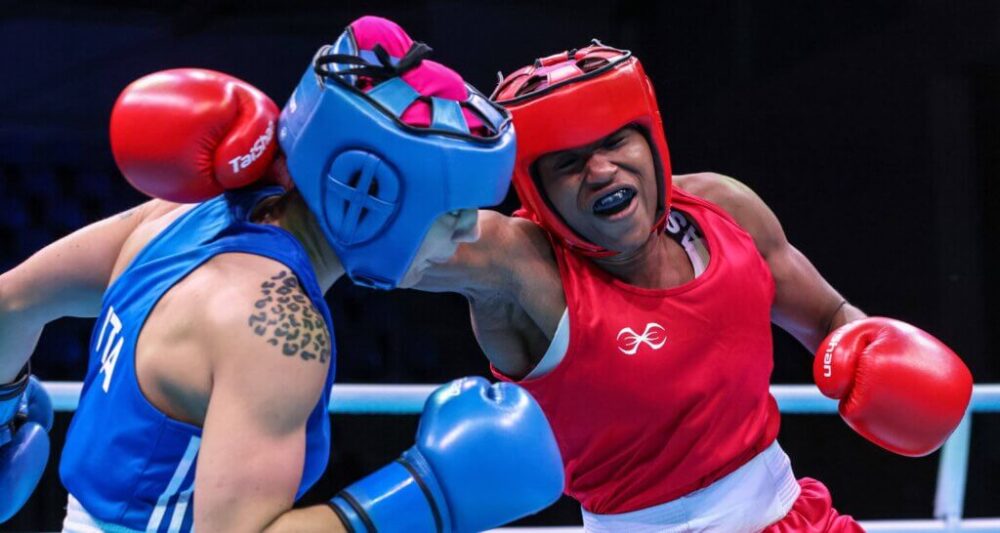 Dubois, the younger sister of heavyweight hope Daniel, has previously stated she wants to be retired by the age of 27 so that she can start a family.

“Everyone has got to have a little dream before they can sit on a beach and enjoy life,” said Dubois.

“Boxing is an amazing sport – but it can also be brutal. It is better to get out in control, rather than be carried out. I’m here for a good time, not a long time.

“I’m going to train my arse off to prove myself and see how far I can go.

“The Olympics was a great experience, even though I had some negative things to take back from it.

“You are amongst the best in the world, not just boxers, and the atmosphere and vibe was something else. It is on every kid’s wishlist to go to the Olympics and I did that.

“I’m proud of myself that I went out there – and at such a young age. I had so little experience – I was competing against people who had more than 200 fights. I was the youngest there. I tried my best and it is what it is. I still have learning to do, but I will do that learning as a pro.”

Now Dubois hopes that she can become a world champion – and that Daniel can make it a family double.

“My brother is an amazing fighter and one of my biggest inspirations,” she said. “I’d love to be world champion at the same time as him. I know he definitely will be.”

Tickets for the SSE Arena, Wembley show are priced at £40 and are available via boxxer.com/tickets