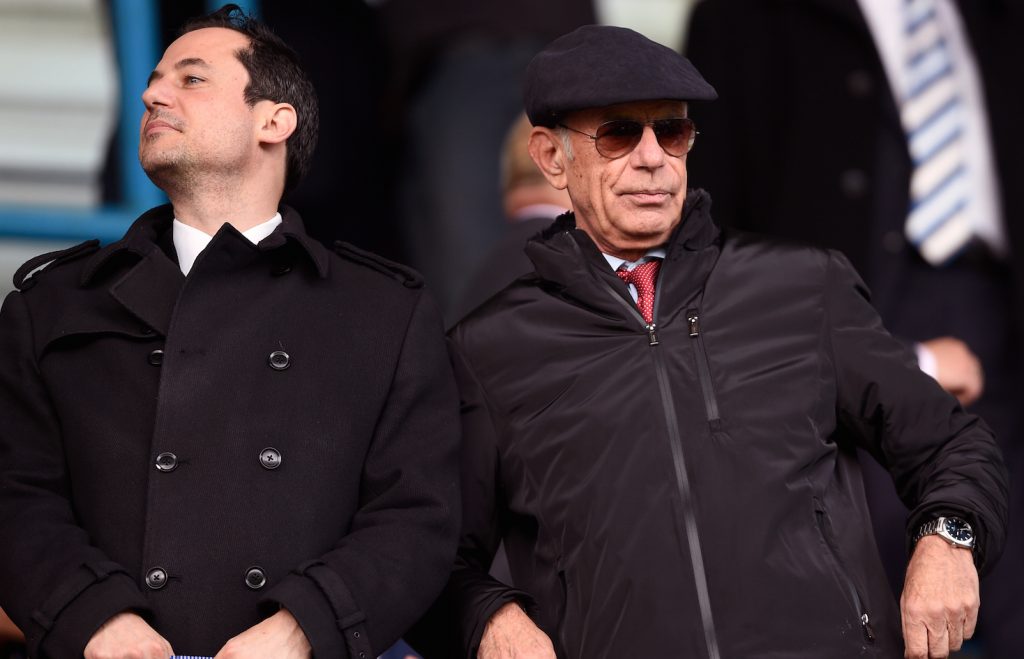 Charlton celebrate their 25th anniversary of returning to The Valley today – with former chairman Richard Murray admitting the club would have folded if they had not won their long fight to return home.

The Addicks groundshared at Selhurst Park and Upton Park for seven years before finally heading back to their stadium in SE7.

The bitter battle saw fans form the Valley Party to stand in the local elections and ramp up the pressure on Greenwich council.

Murray who presided over Charlton’s eight-year stay in the Premier League, was on the board of directors at the time.

“Roger Alwen [then chairman], his team, the Valley Party and all the others deserve credit for getting us back,” said Murray. “The building done at the stadium since is a sign of the success. I always felt that without a football ground we had no real future. We had to get back, under any circumstances.

“We’d have gone bust otherwise. No doubt about it. Towards the end at West Ham we were getting crowds of 3-4,000 – that was hardly covering expenses and those were the days when players were not getting paid enormous wages.

“We’d have ended up stayng ground-sharing and going into oblivion.”

Murray picks out a 4-4 draw with Norwich in February 1997 – in what is now the Championship – as a huge match after their return.

“We were always trying to sort our finances out,” he said. “We were losing 4-2 but scored twice in the last three minutes. We were doing a major money-raising exercise the next day and we knew if we had lost that match we wouldn’t be able to raise it.

“Moments like that are cliff-edges. We really needed to win but equalising so late made it feel like a victory.

“We got the money in and kept the club going. Directors and fans invested in share issues. In those 25 years we were never in a position where we had money in the bank – we were

trying to catch up. We had to build a stadium, which we did.

“We were living from hand to mouth. We spent what we had and if we were short we had to have a whip-around.

“We have had some super times at The Valley since we have been back. I look around the stadium now I feel like we are a proper football club now.”

Murray said: “We built those stands luckily at a time when we could afford them – because the price of building kept going up.

“But when we got to Wembley we had 35,000 people who went away after that saying I want to watch Charlton next year. Suddenly we had the confidence to go up to 27,000. If we’d just gone up automatically there wouldn’t have been such a demand.

“That win over Sunderland gave us such an after-boost. Before we had been turning on 16,000 people and suddenly we had turned on 35,000.

“By putting the club and the stadium together we are always an attractive club – being in London – to own,” said Murray.

Charlton’s future could be set for a fresh twist with Roland Duchatelet confirming for the first time publicly that he is open to takeover talks.

The Belgian multimillionaire has already sold Standard Liege and Sint-Truiden. He said: “ I am open to possible offers. Contrary to popular belief I have not made any money from football, this rarely happens for investors. Those who say otherwise are wrong.”