Richard Riakporhe has revealed he has plans to move up to heavyweight – and has spoken out in support of dethroned unified champion Anthony Joshua.

Unbeaten Riakporhe, who is 11-0 in the paid ranks, ends a 22-month absence from the ring when he takes on Krzysztof Twardowski at Wembley Arena tomorrow night.

And the Walworth cruiserweight spoke to Joshua after he lost his WBA, IBF and WBO world titles to Oleksandr Usyk at Tottenham Hotspur Stadium on Saturday.

“If you analyse his career and what he has done then it is nothing short of a miracle,” Riakporhe told the South London Press. “He came into the game late and he had such little experience, like myself. I resonate with him a lot.

“About 12 years ago we used to spar, back in my days as an amateur at the Lynn. We’re also in and around mutual friends, that’s how we built a relationship.

“He said he boxed terribly and that he is going to come back and get his belts back. 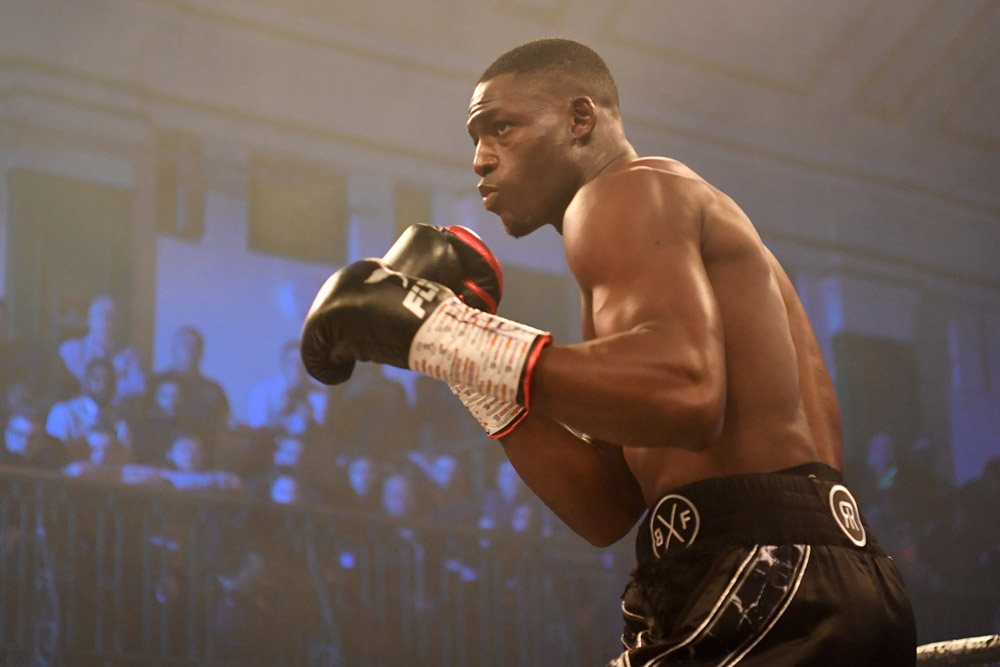 “Big, big respect for Joshua stepping up and competing with these guys. It is a reminder that you have to take this sport very seriously – every opponent you face is a threat, no matter how people perceive a fight on paper. One punch can change a lot of thing. That’s why we do everything in our power to secure our victory.

“AJ is a two-time unified heavyweight champion and to do that coming from where he came from – with the money he has accumulated – is a joke. It shows anything can happen if you put your mind to it and believe. He is an inspiration for all of us.

“You’ve got to understand that boxing wasn’t as popular until AJ got into it. I’m talking about casual fans. AJ changed the game.

“A lot of champions have come out and said the same thing – we owe Joshua and we thank him.

“Uysk is an amazing fighter but he is not impossible to beat, he’s not Superman. Joshua can beat him.”

Ukraine’s Uysk was undisputed cruiserweight king before going up a division in late 2019.

It means he would have no physical disadvantages if he opted to mix it with the sport’s biggest men.

“That is exactly my plan,” said the South Londoner, who has won eight of his bouts by stoppage.

“Heavyweight is the pinnacle of boxing. A lot of casual fans don’t know any other weight division. The cruiserweights are popular now because of the YouTubers fighting, but heavyweight is the classic division.

“I walk around at 100 kilograms when I’m not fighting and that is pretty much what Uysk weighed on Saturday. I’ve got the power, speed and the fast-twitch muscles to compete at that level.

“There are some fighters who go into the ring and they may be heavy but they have a low muscle mass. I have a lot of muscle. If I walk around at 100kg there is probably less than 5kg of fat on me.

“With specialist training I can build more muscle and step in the ring at 105 or 108kg. That’s flipping dangerous, that’s powerful.”

Riakporhe’s absence – a combination of hand surgery and also management issues – has seen him vacate the British title.

Chris Billam-Smith, who he outpointed for the WBA Continental belt in 2019, now holds the European and Commonwealth belts.

“I just want to jump in there this weekend and get this ring rust off,” said Riakporhe.

“I want to flow and enjoy myself, do what I trained to do with my coach and execute the plan to the best of my ability.

“I want to get a KO. That’s what people love to see and what I train to do, knock people out, because that puts bums on seats.”