Richard Riakporhe is expecting to challenge for a world title in 2022 – and the unbeaten cruiserweight is hoping that can be staged at Crystal Palace’s Selhurst Park stadium.

And a 13th straight career win for Riakporhe should see him jump into the top five in the governing body’s rankings.

The South Londoner was a guest in Palace’s Fanzone before their win over Wolves before the international break. And he wore the club’s colours when he outpointed Krzysztof Twardowski in early October.

Asked if he wanted to box at Palace’s ground, Riakporhe told the South London Press: “Absolutely, that’s the plan. I want to fight there next year for a world title.

“I think everybody would love that. When I was at the Wolves game I was catching up with everybody and they showed me so much love and appreciation.

“Palace is a proper family club, we support each other.

“I was a Palace fan from when I was at secondary school. A few of my friends were playing for the club and one of my teachers was a scout for them, so it started to flow from there. I always dreamed of playing for Palace. I was a striker…faster than [Christian] Benteke!

“Because it didn’t work out I was upset about that, it hurt when I thought about football, so it diverted my attention for a bit.

“But since Roy [Hodgson] was in office I started following it again more and more intensely.”

Palace’s prospects look bright under Patrick Vieira, the Frenchman making an impressive start to his managerial tenure in SE25. The same could be said for Riakporhe, who now has injuries and contractual wrangles – which combined to keep him out of the ring for just shy of two years – behind him.

The WBC world champion is Ilunga Junior Makabu, who has been inactive since halting Durodola in seven rounds in December.

“When I win this weekend I should pretty much be ranked in the top three [by the WBC],” said Riakporhe. “Because that belt is like the interim [world] title.

“I remember him [Makabu] boxing Tony Bellew in 2016 for the WBC title [losing in three rounds]. He has been a pro for a long time and there is a lot of wear and tear. He is on the slide and there is definitely an opportunity for the next generation of fighters to come through and make our mark on the division.”

One mouth-watering and money-spinning clash that could be on the horizon is against Lawrence Okolie. The Olympian is 17-0 in the paid ranks and holds the WBO title in the same division.

“That would be ridiculously huge,” is Riakporhe’s take on a collision with the Hackney fighter. “It would be one of the biggest domestic fights in the history of British boxing, you’d have to go back to when Enzo Maccarinelli and David Haye had their unification in the same division.

“It is two big punchers and it would be epic. I feel that can happen next year.

“It takes two to tango, it all depends whether Okolie wants to stay at cruiserweight or move up to heavyweight

“I understand the opportunity in front of me and I’m taking it very, very seriously.”

Six of Durodola’s eight losses have come inside the distance. The Kansas-based Nigerian has 33 knockouts on his 36-8 record.

“I’m expecting him to come forward and have power,” said Riakporhe. “But I’m also expecting to knock him out. I’m expecting a good win and a very good finish.

“That will be two wins in succession after two years out of the ring. You can only use your imagination to think about where I’d be now if I’d been active over that time. I’d have been in a completely different place.

There is a heavy South London flavour to BOXXER’s show this weekend. 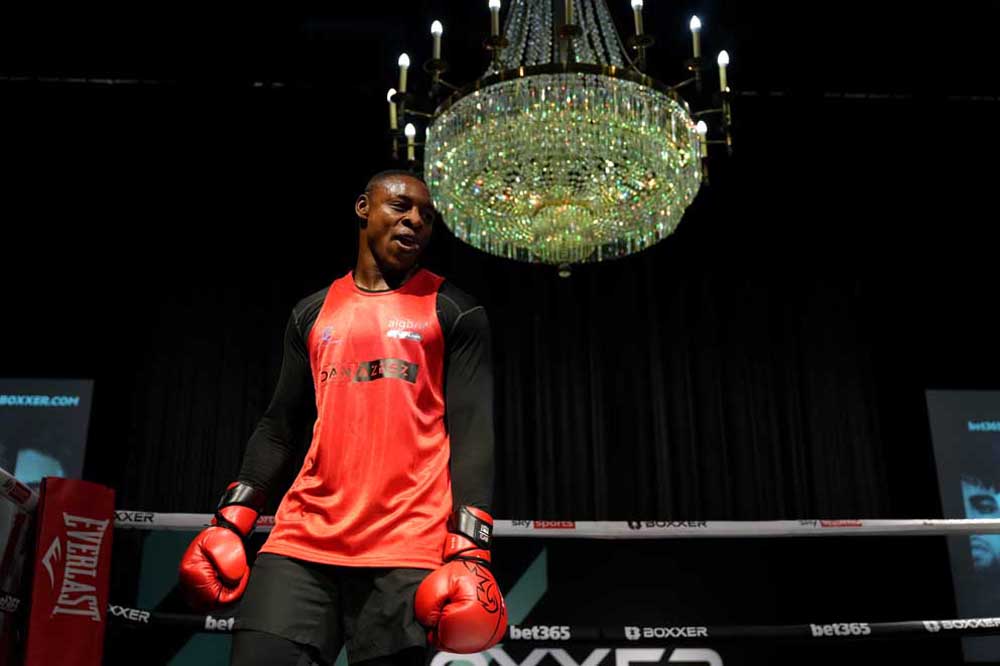 And lightweight Caroline Dubois, who represented Great Britain at the last Olympics, makes her debut.

Asked about Azeez, Riakporhe said: “That’s a really difficult fight to split because both have that winning mentality.

“Dan is very strong and Burton is a puncher and starts fast. That is going to be very explosive.

“It’s got all the ingredients to make it one of the best British title fights. I lean more towards Dan. He is my friend. We fought in the amateurs and I understand what he brings to the table. His favourite fighter is Marvin Hagler and he’s definitely going to bring it. 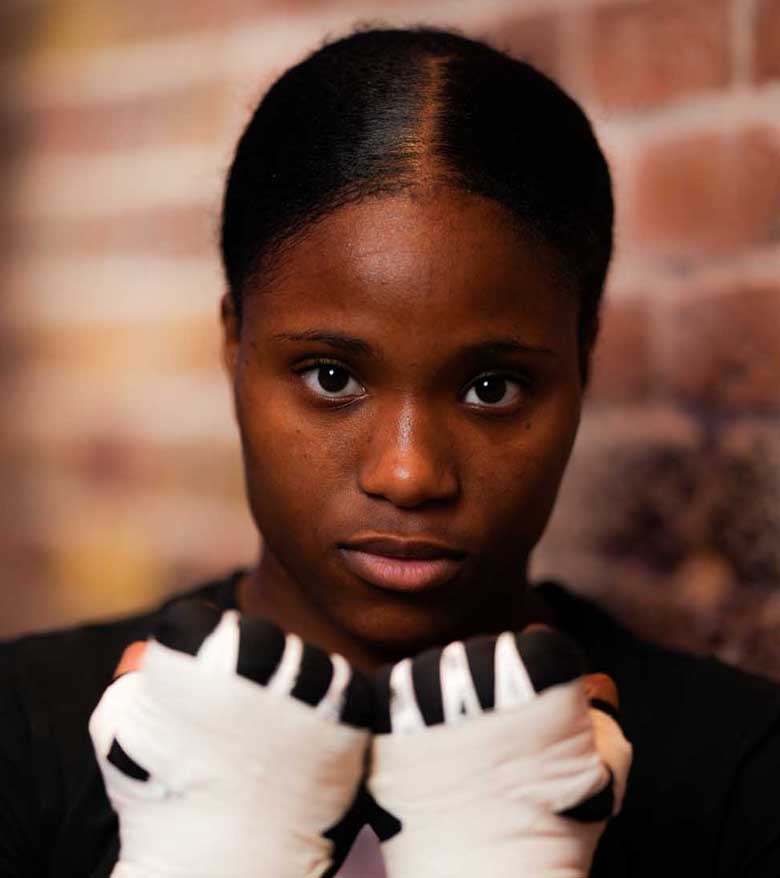 “Caroline has all the tools to become a great. She talks from the heart and wants to make a name for herself.”