Richard Riakporhe is confident he will be collecting world titles soon after claiming the WBC Silver cruiserweight belt with a fifth-round stoppage of Olanrewaju Durodola last weekend.

The Walworth power puncher dropped his Nigerian opponent before a hurtful follow up onslaught made referee Victor Loughlin step in and halt the contest.

The healthy smattering of inside-the-distance losses on Durodola’s 36-9 record always made it look like an inviting assignment for the heavy handed Riakporhe (13-0). 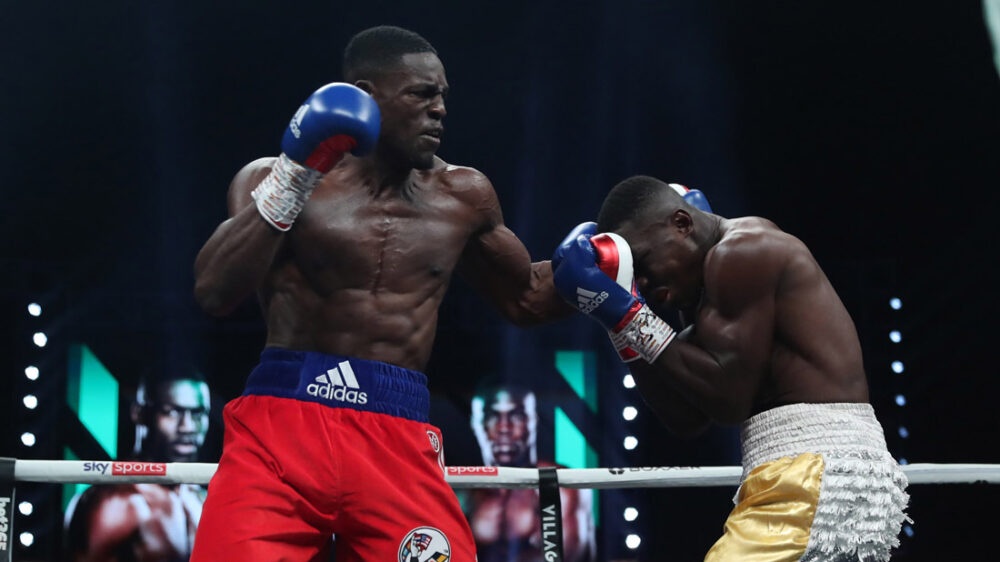 And it looked as if the unbeaten South Londoner could have ended it much earlier if he had opted to unload with maximum ferocity. Instead the big Crystal Palace fan, who entered the ring to the song Glad All Over, opted to soften him up first with stiff jabs.

“I need to be getting rid of these people – they shouldn’t be mixing with me,” said Riakporhe. “If I’m talking about being unified world champion then I’m delusional if I can’t deal with them. 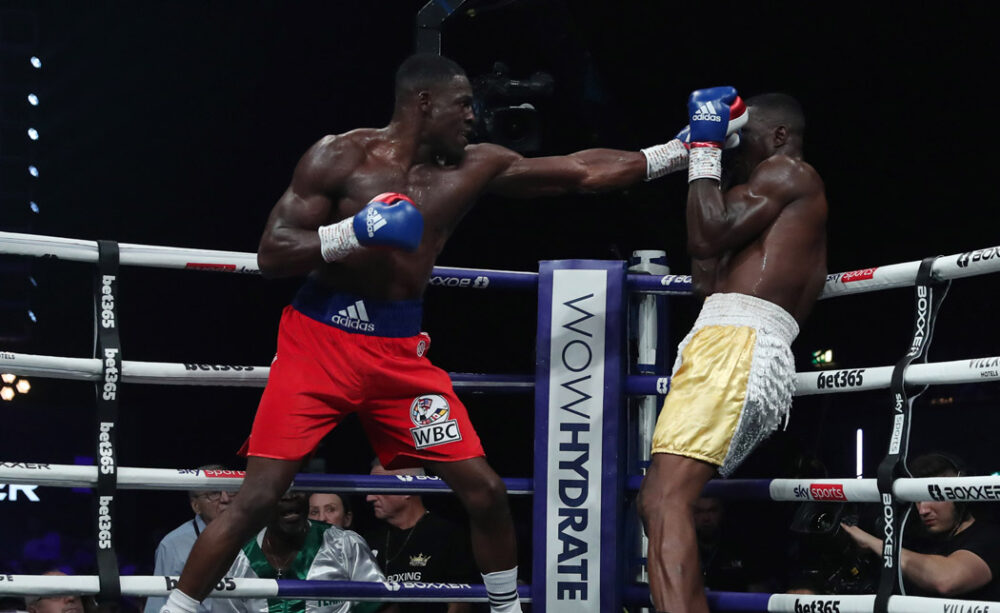 “I’m putting pressure on myself. No-one wants to see these fights going 12 rounds or 10 rounds. Boxing casuals are interested in knockouts – they want to see people hurt and get put down. That’s what I want to deliver – I train to knock people out.

“We’ve got a plan of world domination. I’m still a novice in this game but I’ve got talent and power. It’s about putting everything together – you can’t rush greatness.”

Riakporhe had his sights set on WBC world champion Ilunga Makabu. But news broke at the end of last week that Mexican ring great Saul ‘Canelo’ Alvarez is set to face Makabu in 2022. 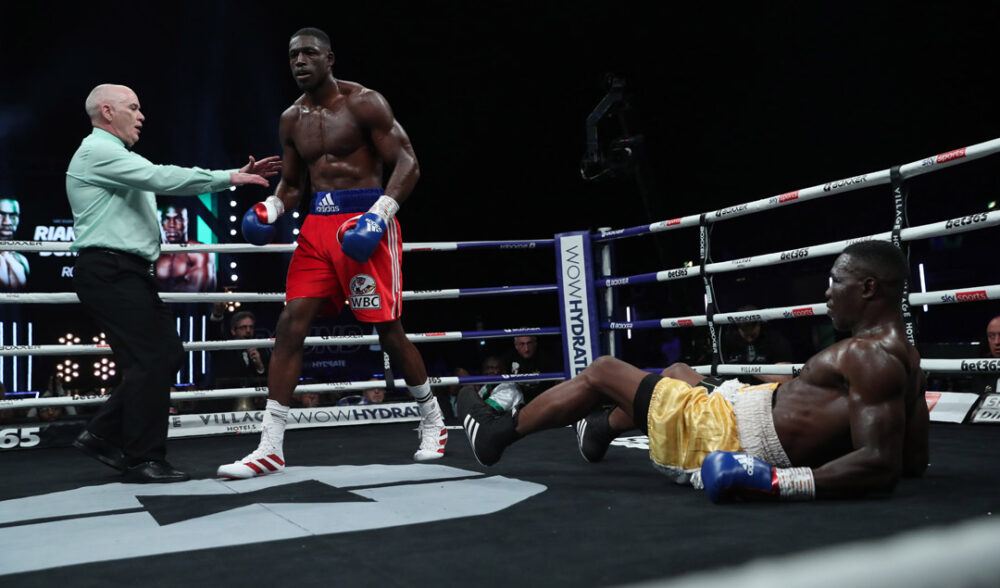 Alvarez is undisputed super-middleweight champion but is intent on winning a world title at a fifth different weight class.

“I could actually fight Canelo at the end of next year. You just don’t know.

“I’m in my physical prime. I’m going to capitalise on this by making as much money as possible and win as many titles as possible. 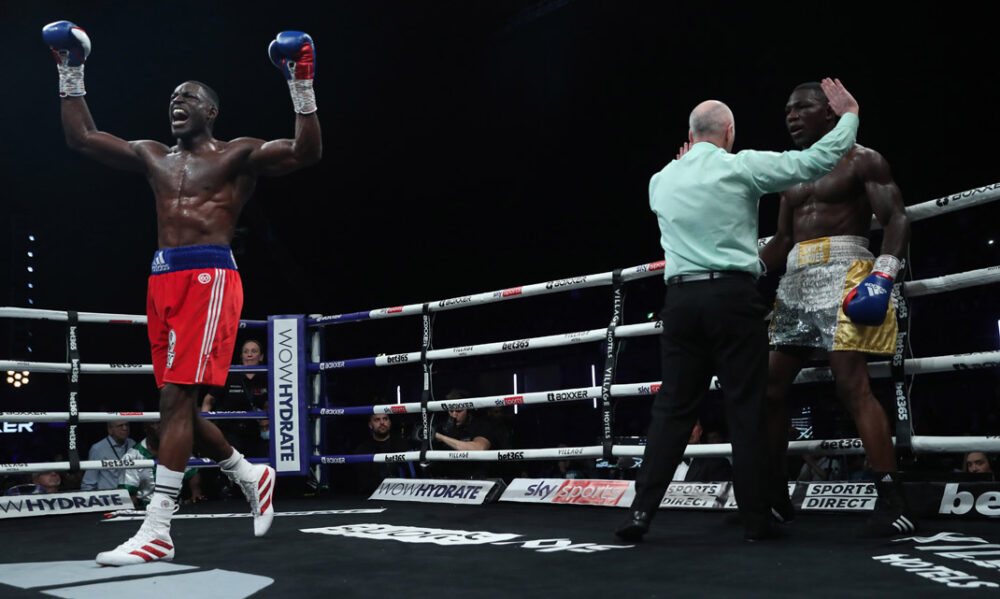 “We got the W [win] but we’re not getting ahead of ourselves. There’s a lot of work to do and a lot of dangerous customers.

“But my team are happy [with his performance], so I’m happy.

“I was trying to keep the jab consistent. Angel [Fernandez, trainer] wanted me to pick it up another gear and I did, eventually. I was trying to line him up for the right hands. When I did, he was out of there. I saw the opening and took it.”