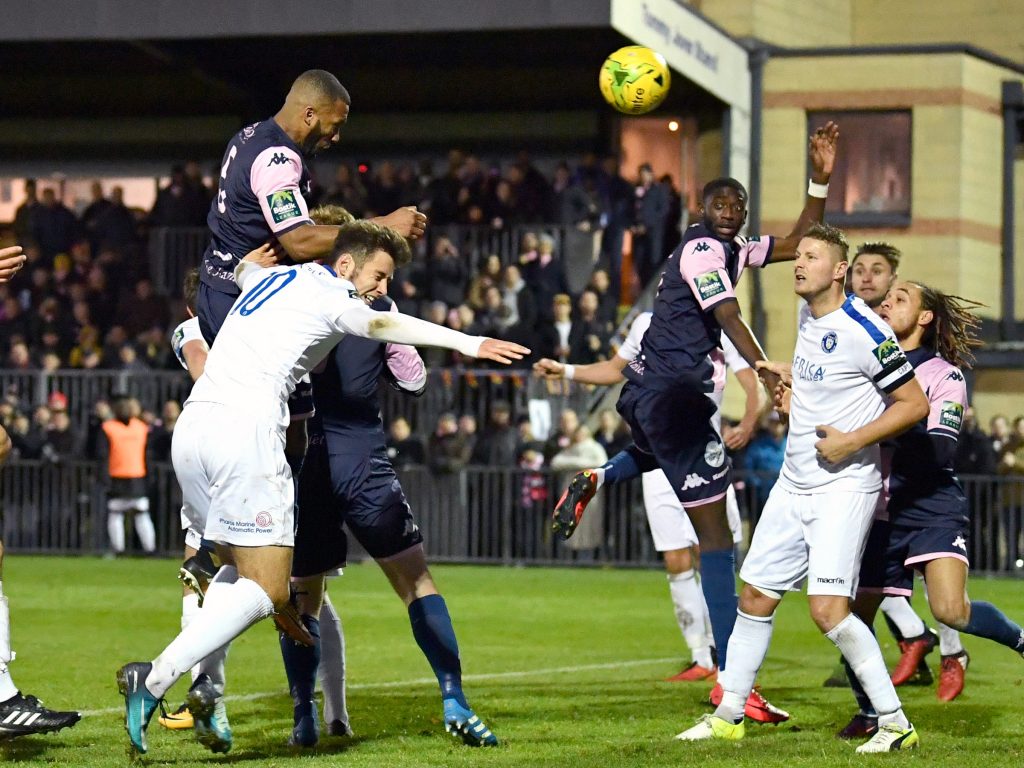 Rickie Hayles was the hero for Dulwich Hamlet again as he scored the only goal during their 1-0 win at home to Lowestoft in the Bostik League Premier Division, writes Tom Edwards.

With most of the league playing FA Trophy games, Dulwich’s win means the leaders have increased the gap between them and the chasing pack to nine points. They are unbeaten in 14 league games, a run that stretches back to the first half of September.

The Hamlet had been knocking on the door, but struggling to make many real inroads through a robust Lowestoft defence before Hayles and Ashley Carew combined to give them the lead in the 76th minute.

Carew, as he has so often in the past, produced a sumptuous corner from the right and Hayles rose perfectly to power the ball past Lowestoft keeper Ben Dudzinski.

Dulwich manager Gavin Rose said: “On another day we could have won by two or three goals. We moved the ball really well. Our end product wasn’t the best but our approach play was fantastic.

“This team has more character than in previous seasons, and Rickie Hayles is part of that.

“In years gone by, we’ve dominated games but not had that person, but on Saturday, and away at Hendon on Tuesday night, Rickie has made something happen as a result of sheer determination.”

Prior to Hayles scoring for Dulwich, they had played a patient probing match. Despite the defender scoring the winner, the most important player had to be Carew. The playmaker dictated proceedings with the calmness and precision the Hamlet faithful have come to expect from him.

Rose was delighted with Carew’s performance: “Ashley was really good, his passing was great. He recognised we had to be patient, so he made sure we were.

“We all know that Ashley has a lot of ability and that he could probably play at a much higher level.”

The cultured midfielder added: “I wasn’t ever worried that we weren’t going to win. The gaffer made it clear that we just had to take our time.

“We were a bit erratic in the first half, but we got it together in the second. It’s a massive win because we need all the points we can get.”