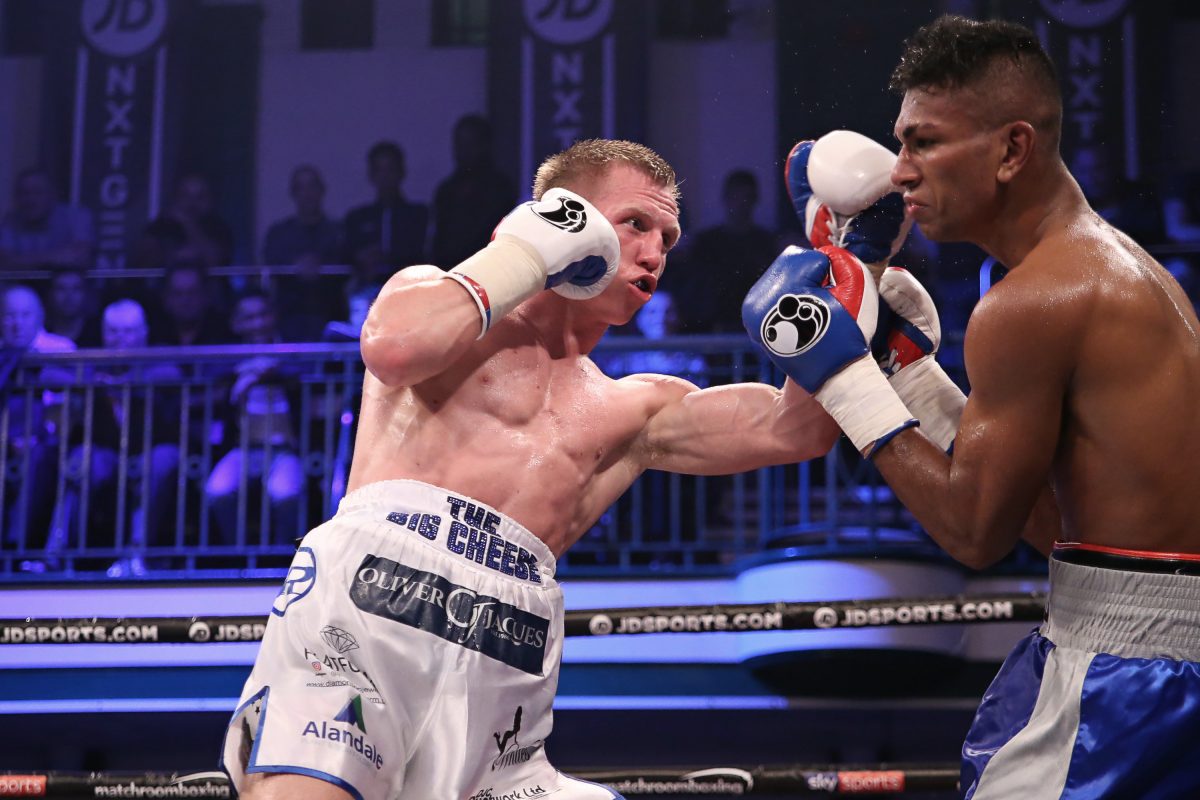 Ted Cheeseman and Isaac Chamberlain both reiterated their desire to have title fights before the end of 2017 after recording stoppage wins at Bethnal Green’s York Hall last weekend.

Bermondsey’s Cheeseman, 22, is hoping to box for the vacant British super- welterweight belt on the David Haye-Tony Bellew undercard at Greenwich’s 02 Arena on December 17.

He impressed on his way to a fifth-round victory over Aristides Quintero.

It was Cheeseman’s eighth inside-the-distance win in 11 straight wins.

“I’ll definitely be out again before the end of the year,” he said. “Whether it is the British or an international belt is not confirmed yet. It will be a great way to finish off the year – 12-0 as British champion.”

Brixton cruiserweight Chamberlain won in the same round against Ossie Jervier as he kicked off the Matchroom Sport bill in east London.

His body shots eventually took the steam out of Jervier (4-4) and he was dropped shortly before the contest was waved over. Chamberlain wants Commonwealth champion Luke Watkins next.

He said: “I think very highly of him. It would be a great fight.”

Clapham’s Kirk Garvey moved to 10-1 with a fourth-round technical knockout of Jozef Kolodzej at Wembley Arena on Saturday.

Wimbledon welterweight Louis Adolphe suffered a first loss in the paid ranks after he was disqualified for hitting Nathan McIntosh after the ref instructed the two fighters to break a clinch.