A robber who threatened prostitutes into handing over their takings and slashed a woman’s body has been sentenced to nine years and two months in jail – after the mobile he used was traced to his home.

When police raided the home of Solomon Abdul, 23, of Wells Close, south Croydon, he had smashed the phone and was trying to swallow its SIM card.

He has now been found guilty at Woolwich Crown Court of two charges of aggravated burglary, possession of an offensive weapon and causing actual bodily harm.

He must serve a minimum of six years and four months’ in jail before he is eligible for parole.

The court heard on February 12 Abdul had used an escalating level of violence in his two attacks, the first after arranging to meet a sex worker at her address in the Isle of Dogs on April 17.

Abdul pushed past her once in her flat and looked around to make sure no one else was inside then let another man in.

The duo held her hostage at knifepoint, the other man waving the knife around in front of her face while Abdul searched her bag.

They became even more aggressive but left after another search.

The sex worker reported the incident to police after hearing other sex workers had also been attacked the same way.

The second offence took place on 17 May at a hotel in Farnborough after Abdul had arranged to meet an escort.

Abdul again arranged a meeting then let another man into the hotel in the second incident on May 17 in Farnborough. This time Abdul brandished the knife and the victim was ordered onto the bed. 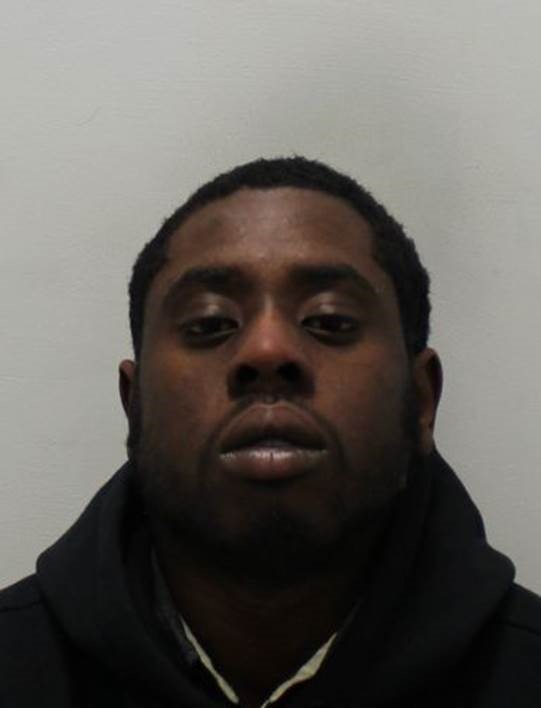 The second man held her down by her legs on the bed as Abdul held the knife to her throat and demanded to know where the money was.

He started to slowly cut into the victim’s face with the knife when she refused to tell him. She was told she would have her heart cut out unless she “stopped f**king about”.

The woman fought for her life and ended up being cut by the knife across the chest, face and thighs. The two men eventually found her purse containing cash and bank cards and fled.

Detectives from the Met’s Central-East Command Unit identified the same telephone number had been used to book the appointments with the sex workers.

A warrant was executed at his home address on 21 May. Territorial Support Group (TSG) officers forced entry into the address, they found Abdul had already snapped a black burner phone in half and was attempting to chew, eat and swallow the sim card from this phone.

Abdul’s clothing was also seized and detectives found the identical slider shoes being worn by the man in the CCTV footage from the scene of the second offence.

Detective Constable Michael Beskine, of Central-East Crime Command, said:“Abdul carried out two increasingly violent attacks and it was extremely important that we caught him before he seriously injured, or even killed someone.

“The victims of the violent burglaries were vulnerable women who Abdul had arranged to meet. After establishing they were alone, Abdul then allowed another man to enter the room.

“Abdul displayed a sadistic nature in the way he tortured the last victim. Both victims have been deeply affected by their traumatic experiences. But they have shown extraordinary bravery in reporting these offences and co-operating with the police investigation.

“This case demonstrates the Metropolitan Police will do everything it can to arrest and prosecute the most dangerous criminals and keep them off the streets of London.”