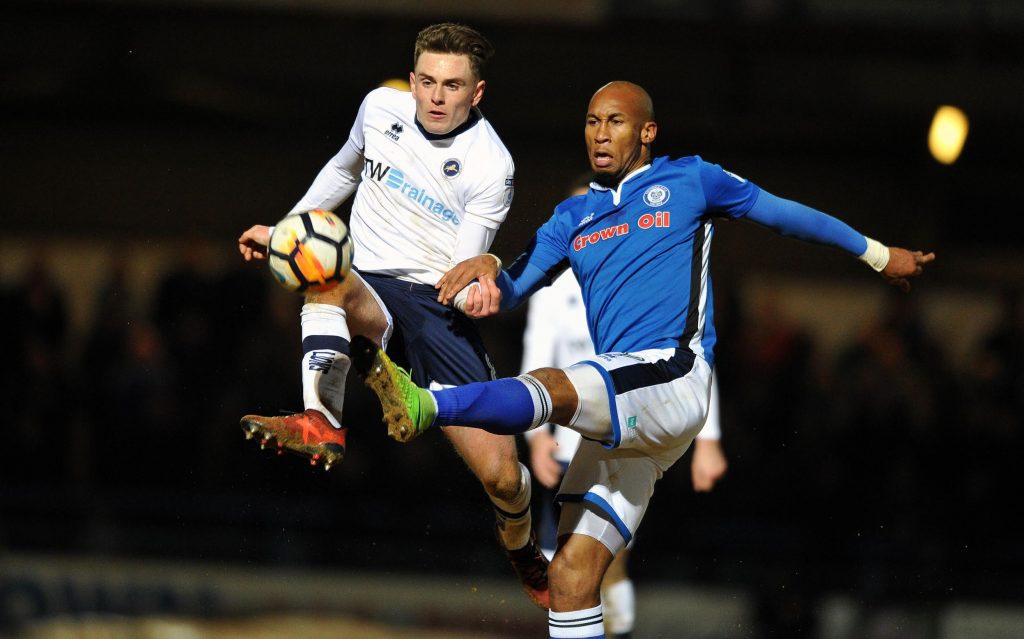 There was sand but that is where the s-list ended for Millwall as they were knocked out of the FA Cup tonight.

No Spurs. That will be Rochdale’s reward if, as expected, Tottenham account for Newport County tomorrow night.

Millwall knocked out three Premier League sides on their passage to the sixth round last season. But this time they lost to opposition from the division below as Ian Henderson’s goal – squeezed in after a persistent run by Calvin Andrew – decided the contest.

You can’t ignore the poor quality of the playing surface. A dome had protected the Crown Oil Arena from the elements but it was a combination of sand and mud with the most infrequent patch of grass.

Rochdale’s winner came on 53 minutes. Jason Shackell looked to have got a sliding tackle in to dispossess Andrew on the left of the box, but he managed to retrieve the ball and put in a low cross for Henderson – also on the scoresheet at The Den. He nudged the ball beyond David Martin.

Millwall produced only one shot on target. Their sole focus now is the Championship – with Cardiff City the visitors to South London on Friday night.