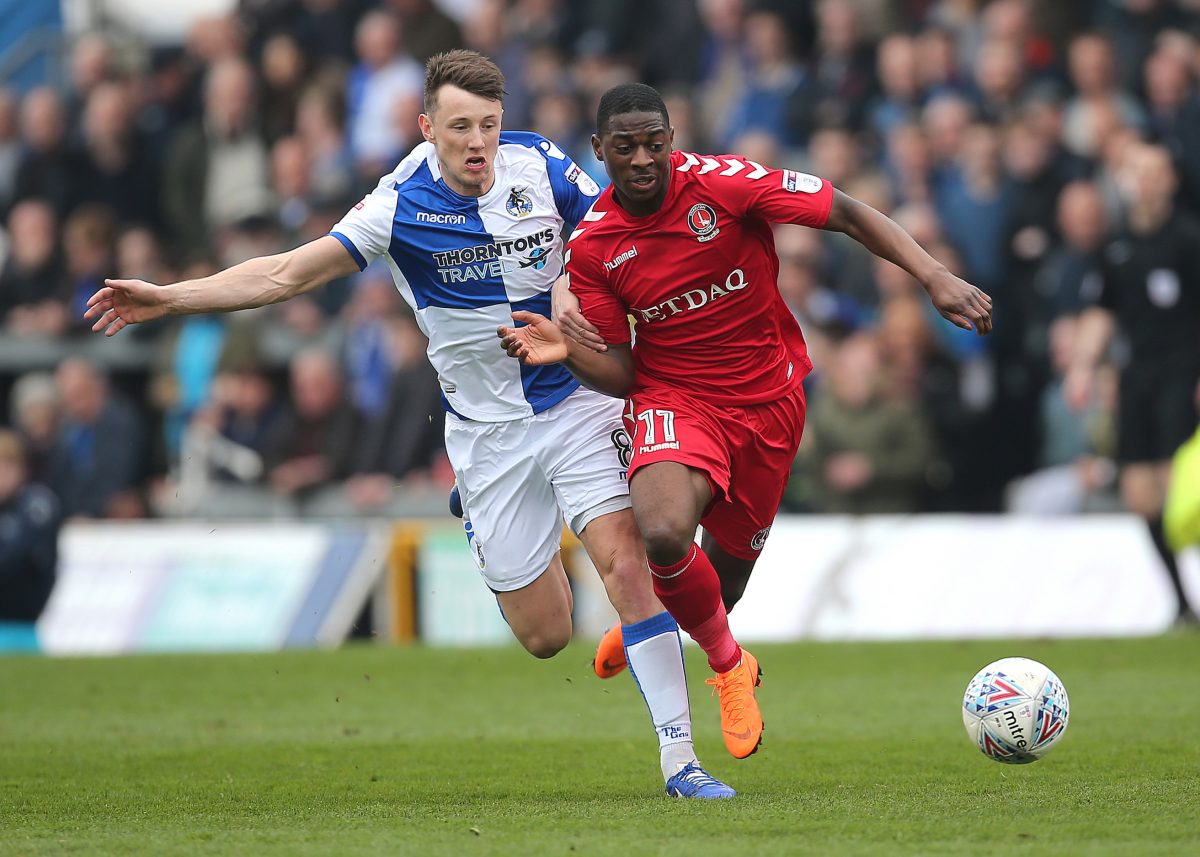 The Addicks will seal their place in the League One play-offs if they avoid defeat at Spotland or lose but Plymouth fail to win and overturn a six-goal deficit in goal difference in the process.

Bowyer has rotated his side with a potential semi-final tie at The Valley against Shrewsbury on Thursday in mind – and gives a first start in four matches to Crystal Palace-loanee Sullay Kaikai.

The 22-year-old may be playing as a striker alongside Michal Zyro, who is also involved for the first time since the 1-0 home defeat against Scunthorpe – although the exact formation that Bowyer has gone with remains to be seen.

Josh Magennis and Nicky Ajose both come out of the eleven to accommodate Zyro and Kaikai. Magennis will feature as a substitute but Ajose is rested altogether and remained in South London.

As revealed in midweek, Joe Aribo starts in midfield, with Ben Reeves dropping to the bench.

Jay Dasilva comes in at left-back to replace the injured Lewis Page, who is expected to be side-lined for at least another week.

The retiring Johnnie Jackson is once again on the bench, as is Anfernee Dijksteel, who has recovered from a hamstring injury quicker than expected.