It’s been a month since Millwall fans have heard Status Quo’s Rockin’ All Over the World at the end of a league matchday in SE16.

They finally got to hear it for just the second time this season after the Lions beat Bristol City 1-0 on Wednesday night.

And it’s just the second time this season that Gary Rowett’s men have picked up maximum points in the Championship. And boy was it needed.

But as big as it was, it wasn’t the win that was actually the biggest result on the night for Millwall.

The Lions have been plagued by injuries all season. The clash with the Robins was arguably the first time that Rowett has been able to name his preferred side all season – albeit with Jake Cooper and Jed Wallace on the bench for different reasons. 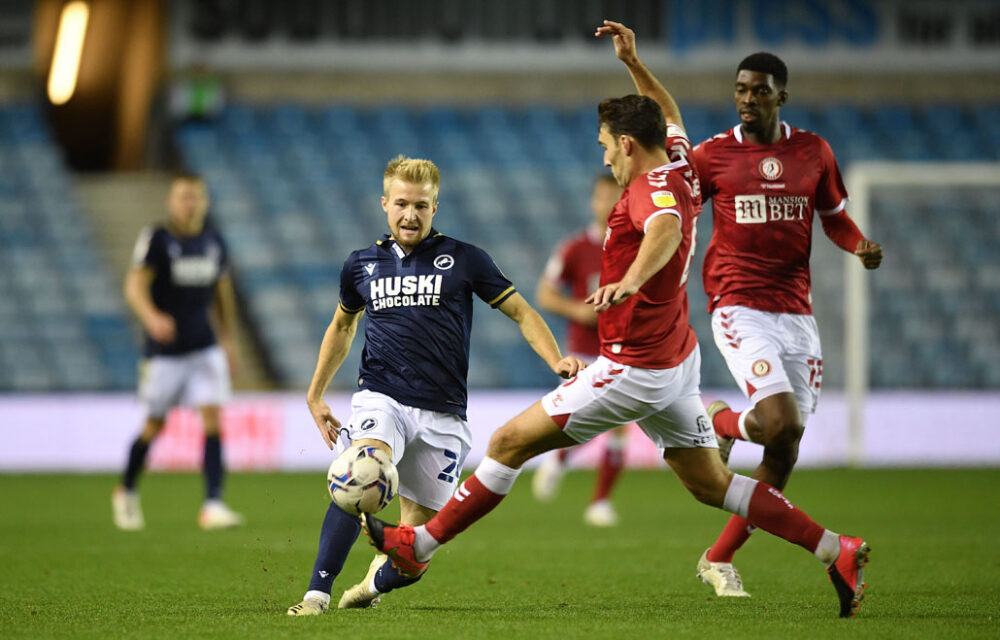 The return of Shaun Hutchinson, who was an absolute colossus at the back for the Lions once again, has coincided with Rowett’s side rediscovering their steel at the back. Bristol City only managed one shot on target, with Bartosz Bialkowski a spectator for the majority of the night.

Danny McNamara’s return at right wing-back gives Millwall another dimension down that flank. Ryan Leonard has performed admirably filling in, but McNamara picked up exactly where he left off with an all-action display.

Benik Afobe ran himself into the ground and on another night he could have been on a hat-trick by the time he was clumsily bundled over by Rob Atkinson for Millwall’s penalty. 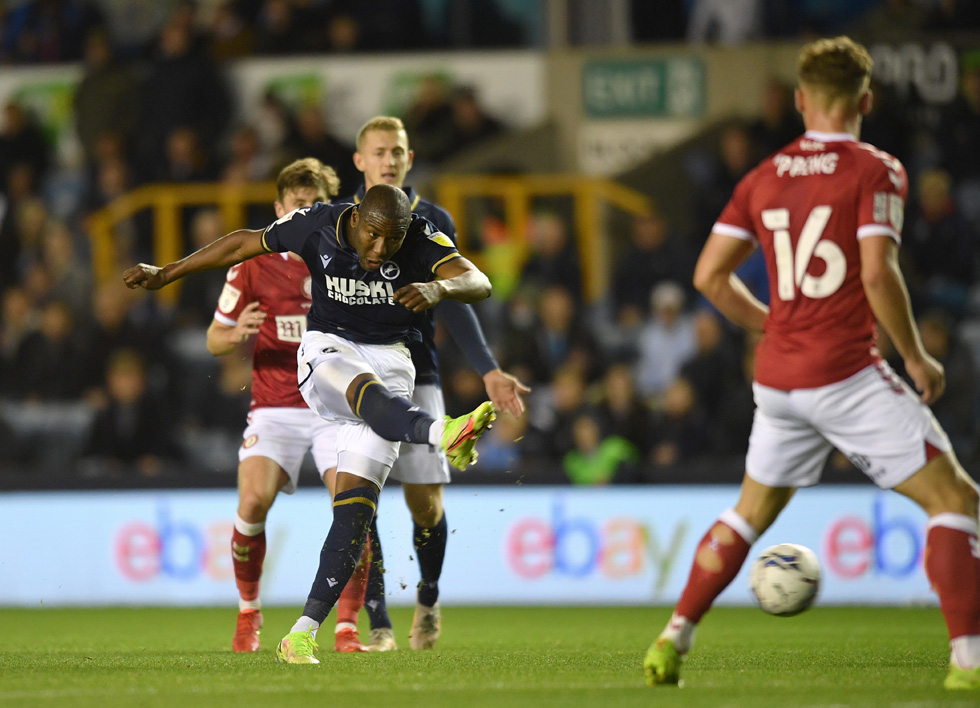 His first chance was a golden one, with his point-blank volley kept out brilliantly by Robins keeper Daniel Bentley after he had breached the offside trap. In truth, he probably shouldn’t have given the keeper a sniff.

But perhaps the most important return was Jed Wallace.

That won’t really come as a surprise. But just how quickly he made an impact might have been.

Just four minutes after he was introduced on the hour mark to replace Matt Smith, Wallace sent Bentley the wrong way and slammed his spot kick into the top right-hand corner to break the deadlock. 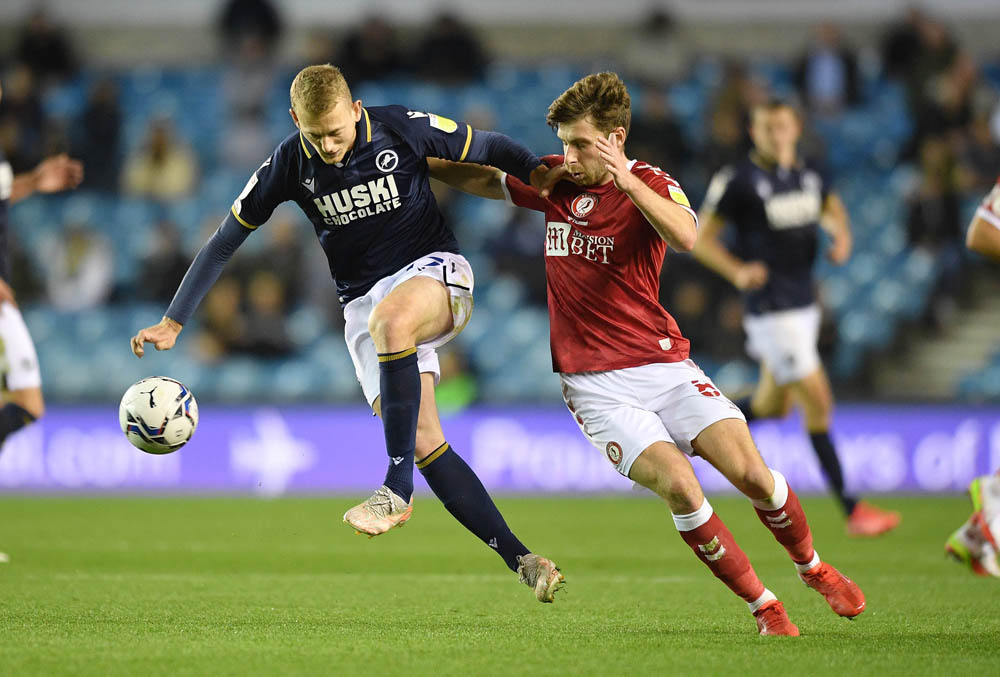 Wallace’s arrival lifted the Lions both on the pitch and in the stands and Millwall never looked like surrendering their lead once their talisman was on the field.

It wasn’t exactly what you’d call a standout performance, but Rowett won’t care. His side have played better than they did on Wednesday night in Bermondsey without getting their rewards.

They deserved to grind out this win – and even if it felt like they failed to get out of second gear on the night, they were still comfortably better than their uninspiring visitors.

It probably should have been a more comfortable result too.

Millwall haven’t won a league game by more than a goal since the last time the Robins rolled into SE16 in May when they were trounced 4-1. But they had the chances to put that record to bed on Wednesday. 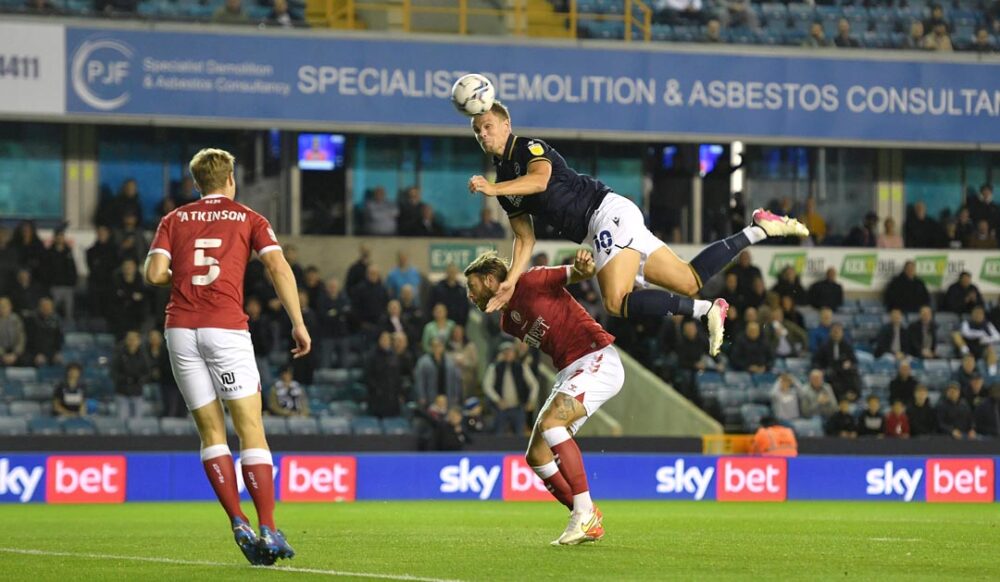 George Saville put in his best performance in a Lions shirt since returning to the club again this summer. The Northern Ireland international led the press from midfield and snapped into anything that moved in his vicinity.

It was his inch-perfect through ball that set Afobe away for the decisive penalty before Saville had a chance to get in on the act himself.

After being put through, he delayed his next move for too long and was forced instead to tee up Billy Mitchell, who was denied another goal against the Robins by a top save from Bentley.

Victory lifts the Lions directly into a cluster of teams who all sit on 12 points – just four outside the play-offs after 10 games. 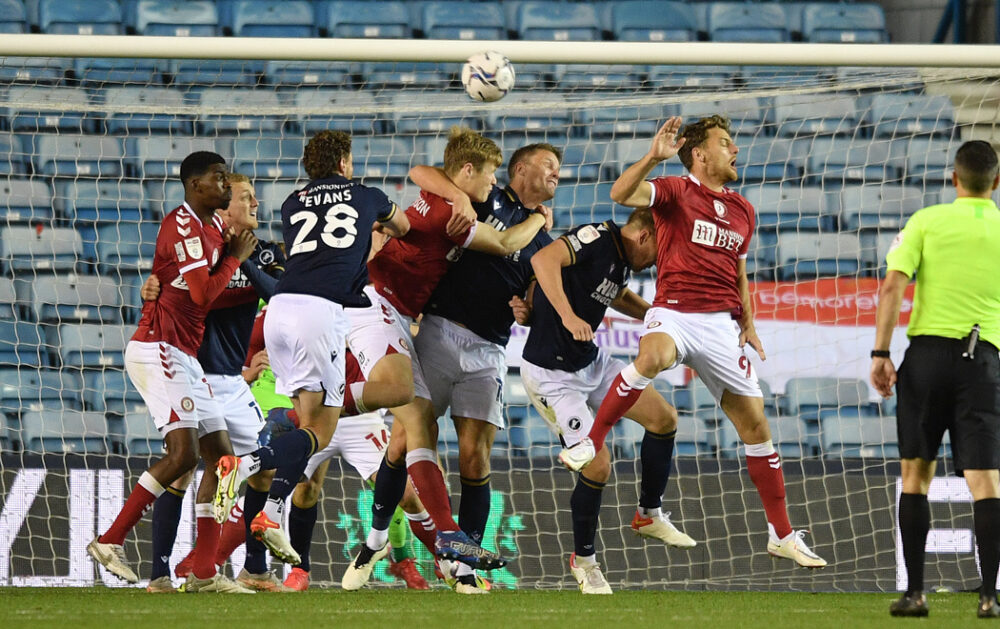 Taking into account the mitigating factors, such as the grossly obscene injury list that the Lions have had to deal with, it’s been a respectable start – even if it may not have felt like it had Millwall been held to a fifth consecutive draw in SE16.

Rowett said in the build-up to the game that the time to judge him and his side was now, with his first-choice attackers back to fitness.

Bar the absence of Mason Bennett, that’s now the scenario the Lions boss finds himself in.

It’s been an accumulation of draws that have thwarted Millwall’s attempts to gatecrash the end-of-season promotion lottery over the past couple of seasons.

It’s understandable that some are already pointing to the six games from 10 that the Lions have already drawn this term. 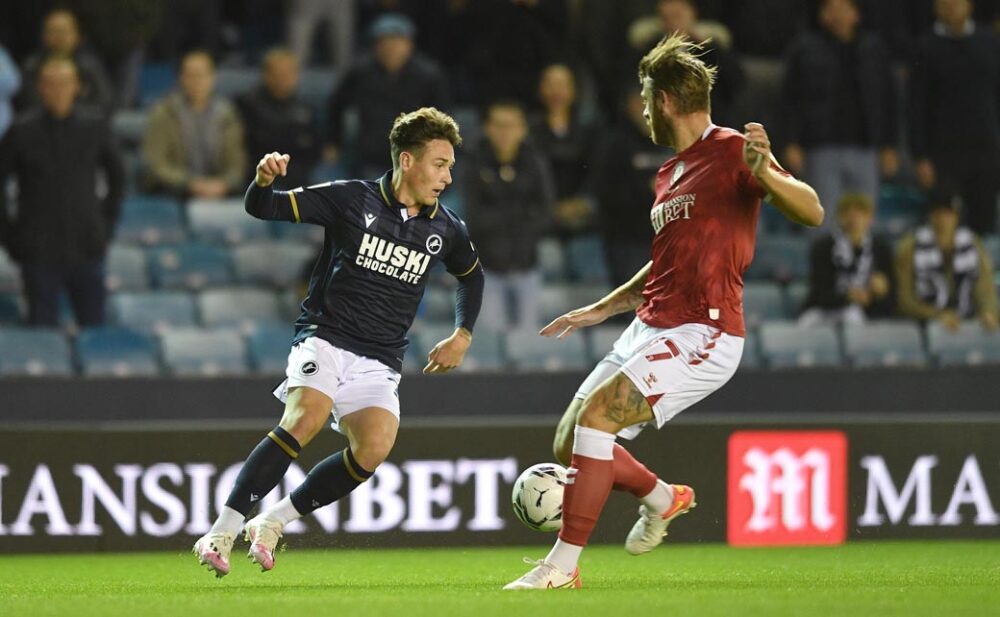 But points at West Brom, Swansea and QPR aren’t to be sniffed at. No team outside the top six has lost fewer games (two) than Millwall.

Should Millwall be able to take advantage when they travel to a struggling Barnsley side at Oakwell tomorrow, the mood going into this next international break will be very different to how it was heading into the last one.

It would be quite poetic if they could, in a way. Barnsley’s late, unfashionable run to the play-offs was reminiscent of the Lions’ late charge under Neil Harris back in the 2017-18 season – although the Terriers managed to go one better.

Millwall are looking to emulate them this year. Getting a result at Oakwell would be a huge step forward in them doing so with bodies finally starting to arrive back. 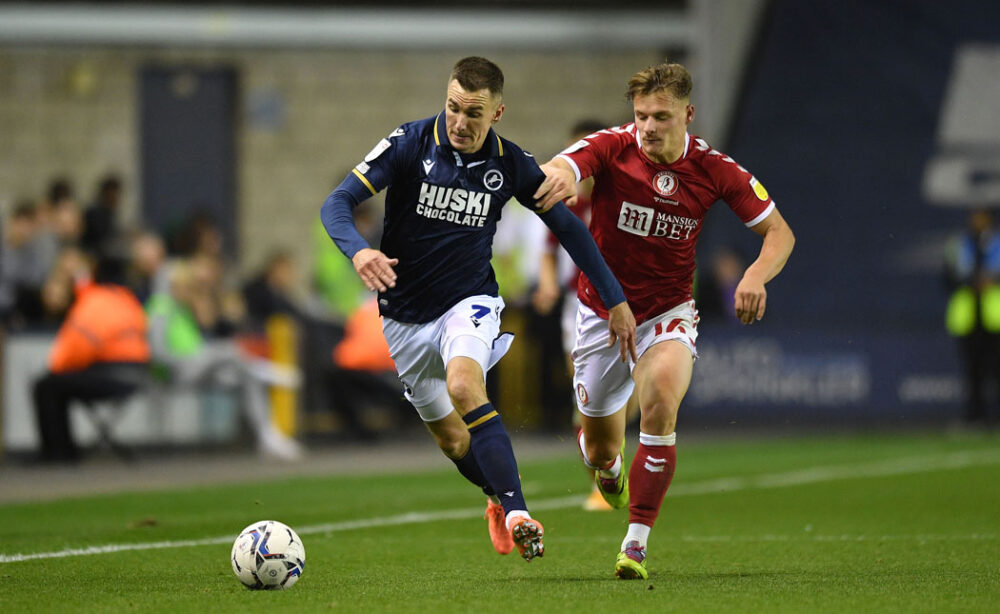 STAR MAN
Shaun Hutchinson. Millwall’s rock at the back has settled them down defensively – it’s ridiculous just how much of a difference he makes for the Lions.

BEST MOMENT
George Saville’s perfectly weighted through ball to set Benik Afobe away was a thing of beauty. It was the kind of killer instinct Millwall have lacked in the middle for the past two years. A clear penalty.