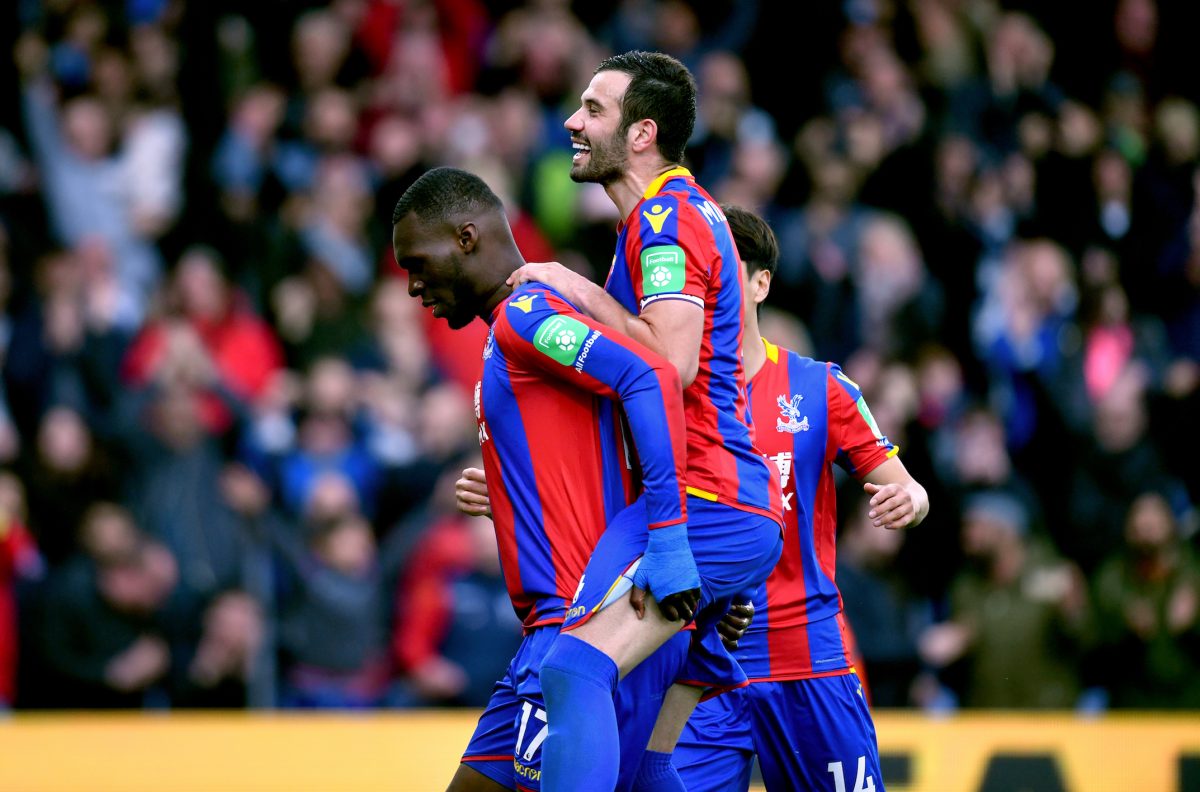 The much-maligned striker was felled by Foxes goalkeeper Ben Hamer and with the score already 4-0 to the Eagles, he was allowed to step up and convert the fifth and final goal of the game.

Hodgson said: “The coaching staff put the idea out there that it might be a good idea but Luka was the one who made the decision.

“Had Luka said ‘no, no I want the ball you’re not having it’ then I’m sure he would have taken the penalty. The proposal came from us on the bench but Luka was the one who made the final decision.

“With the score already 4-0 of course it would have been a personal pity had Benteke missed, but it wouldn’t have had any impact on the final result.”

The Belgian’s spot-kick – just his third goal of the season – followed goals from WIlfried Zaha, James McArthur, Ruben Loftus-Cheek and Patrick van Aanholt – and clinched a victory that an excellent team performance deserved.

Hodgson continued: “The important thing about today was that the pressure was on us and we have been playing quite well recently so we had to make sure that was transformed into a result that gave us points.

“We have lost games late on when we have played well this season but today we made certain that the quality of performance led to goals and that we defended our lead well.

“That was very satisfying and it’s a great tribute to the players, their mental character and mental strength given we haven’t had an awful lot of luck at times this season.”