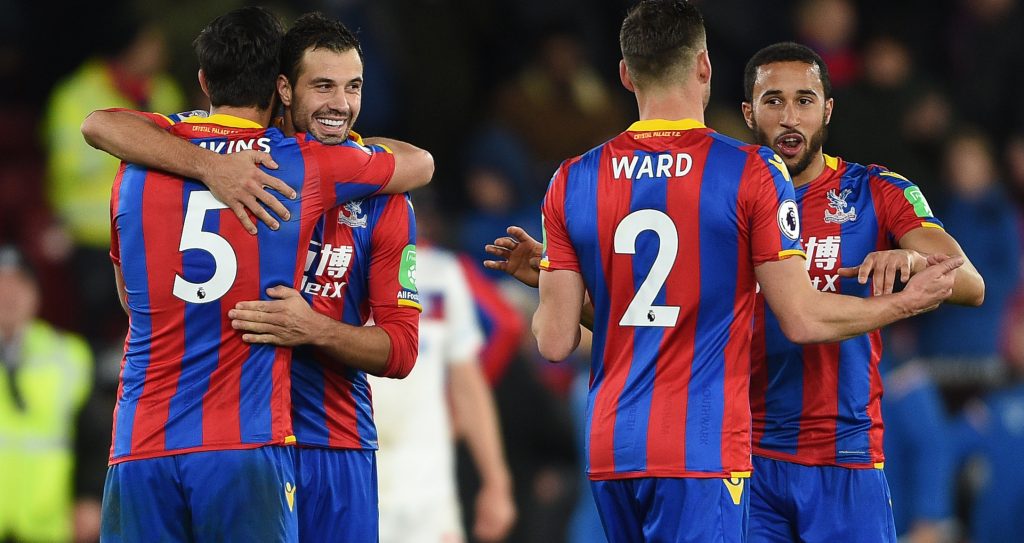 Roy Hodgson praised the Crystal Palace players and fans after the Eagles came from behind to beat Stoke City 2-1 at Selhurst Park, writes Conor O’Sullivan.

Palace travel to the Amex Stadium on Tuesday to face arch rivals Brighton & Hove Albion in the M23 derby.

“Our fans cheered us on and they do stay to the end – unlike fans at a lot of other clubs. That’s something that will be a major weapon for us,” Hodgson said. “Our fans are like the players, they never give up. They keep supporting the boys right to the end, they don’t moan, they keep behind us.

“We’ve got to keep working, keep doing what we’re doing and most importantly not slip below the standard we’ve set ourselves. If you fight to the end you’ve always got a chance and we showed fighting spirit. It was an even contest and we’ve played better before. We got a bit of good fortune with the Mamadou’s goal.

“It was a strange game in the sense that both teams were in control defensively. Neither team had too many clear cut chances. Fortunately, we got the rewards from two good crosses.

“Otherwise I thought it was an even contest and neither team created an enormous amount of chances. We’ve had some joy with Wilf (Zaha) and Andros (Townsend) operating as inside left and inside right forwards, but now we have Christian (Benteke) back it’s another option for us.

“We played a bit quicker in the second half. Christian Benteke’s participation helped us there, providing a focal point. We kept the ball in the final third better once Christian came on.”