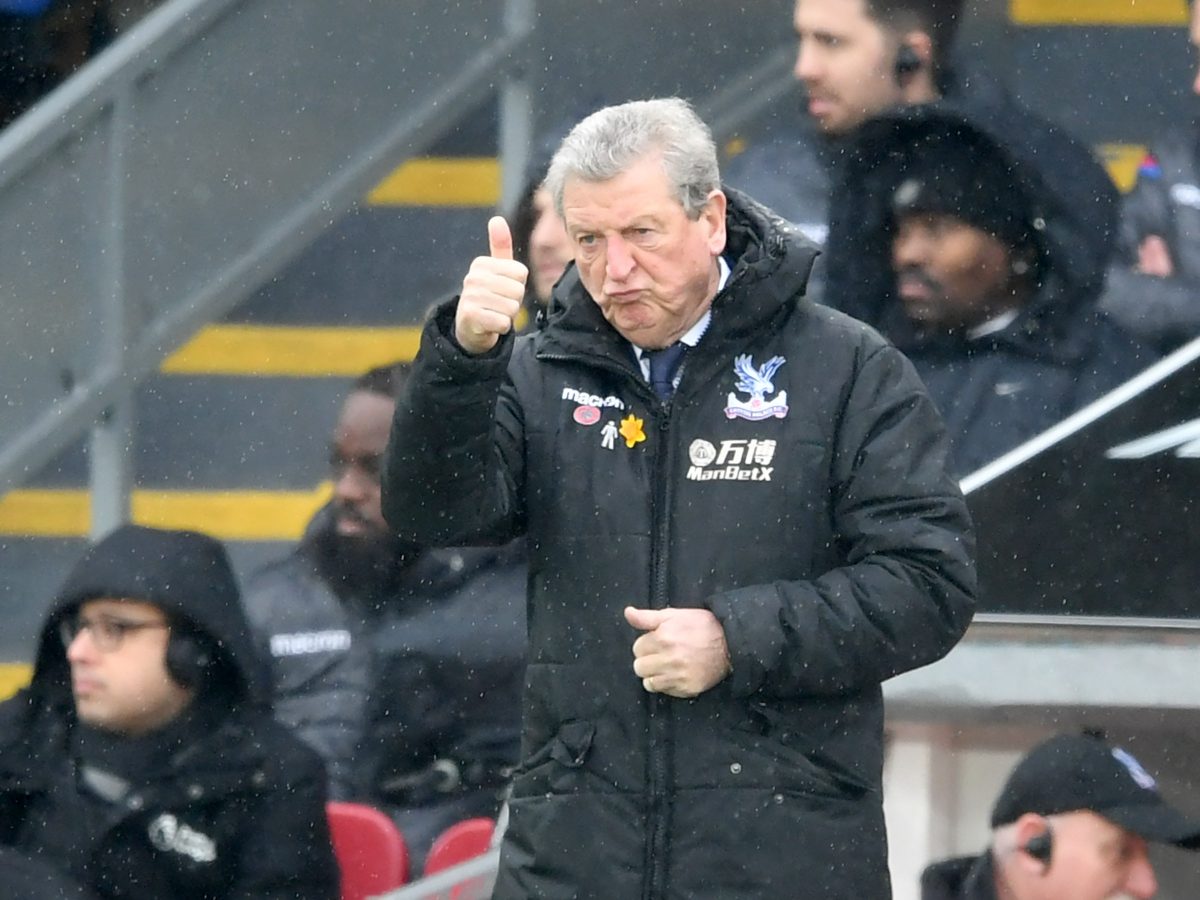 Back on December 2 2017, Crystal Palace manager Roy Hodgson left the home of former club West Bromwich Albion, the Hawthorns, with a 0-0 draw – a precious point in the middle of what would be an eight-game unbeaten run for the Eagles.

The point – picked up against a WBA team managed by former Palace boss Alan Pardew in his first game in charge helped Palace onto 10 points, moving them up to 18th place in the league after the round of league matches, just three points behind the first safe position in 17th where WBA themselves sat on 13 points, however, Palace would fall into rock-bottom place the following week, despite another point, gained in the 2-2 home draw against Bournemouth where Christian Benteke would miss a last-minute penalty.

While this season has seen many ups and downs for Palace, ahead of that December clash it was most certainly a down for Hodgson as, firstly, the train taking them to Birmingham the night before broke down and instead of arriving at 16:45 after their 15:30 departure from London Euston, it arrived at 21:30 with the entire coaching and playing squad delayed by just under five hours.

It got worse though, as the hotel the team stayed at had an Indian wedding booked which Hodgson described as providing “plenty of noise until 2am in the morning.” Even more bad luck came though as the Palace manager could only name five out of a possible seven substitutes on the bench after Scott Dann went down with a virus overnight and goalkeeper Wayne Hennessey suffered a back spasm in the match warm-up.

It feels a million miles away now from mathematical safety and a possible top 10 finish for his team, but for Hodgson, it represents how far his team has come and that of their opponents on Sunday at Selhurst Park in the return fixture.

“That was certainly the journey from, or to, hell with the train in particular, that was a nightmare occasion” said a smiling Roy Hodgson to the South London Press last week as he reminisced about the trip.

“I’m lucky, my memory is well-equipped to block out the negative and pessimistic and to focus as quickly as possible on the optimistic so, to be honest, I haven’t given that journey and that game too much thought until you brought it up and that’s probably a defence mechanism because it wasn’t a good time for us [at that point in the season].”

West Bromwich Albion’s relegation from the top-flight was confirmed in midweek. But caretaker boss Darren Moore has revitalised a downtrodden troop under Alan Pardew, the former Crystal Palace boss getting the boot when their survival prospects looked bleak.

“Unfortunately, some teams during part of the season have not achieved what they wanted to achieve and have dropped down – despite the fact that their players are good players, and that is what we’re now seeing with West Brom.”