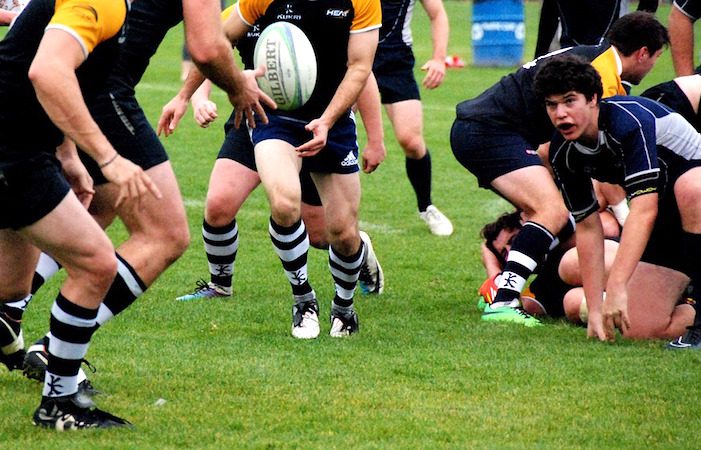 The Dons scored six tries and the pinpoint accuracy of outside half James Doe’s kicking added conversions and two penalties.

The home pack was on top throughout and adding the safe hands of fullback Matt Gilbert under the high kicks, there was little chance of the Irish regaining possession once kicked away.

Irish were first onto the scoreboard after nine minutes with a well-worked try and conversion.

But Doe went down under the posts on nine minutes after flanker Dan Laventure made yards through the first line of defence, before a break down the blindside by centre Alfie Dutman-Jones. Doe’s conversion was accurate and the score was equal.  Five minutes later the second try came when a good driving maul led to the ball going left for Sam O’Leary-Blade to crash over, again converted.

A third try quickly followed. A storming drive by Chris York, again finding Dutman-Jones was finished off by O’Leary-Blade with the subsequent kick converted.

An offside call gave Doe an easy penalty and Wimbledon were 27-7 ahead at the break.

Doe’s offload sent in flanker Dom Rice to seal the bonus point try and a score of 32-7.

Wimbledon’s fifth try came from Dutman-Jones and an easy conversion.

A well-drilled maul – hooker Ben Brooks carrying the ball – moved forward into the Irish 22 before scrum-half Rhys Morgan dived over near the posts from five metres out.  Winger Harry Tabb scored the final points.

Wimbledon are not back in action until March 3 at Redingensians.