Blackheath lost 34-28 at Chinnor on Saturday although they added some respectability to the final scoreline with four tries in the final 14 minutes.

The spirited fightback provided them with two bonus points in National 1.

Nevertheless, it also shouldn’t disguise the fact that for the opening hour of this contest, the Club were firmly under the cosh from a Chinnor side who played the conditions far more impressively.

The conditions were horrible, at least for the first period, and Blackheath got the worst of it. With the wind driving the rain, so heavy it blotted out any views of this pleasant corner of rural Oxfordshire, into their faces, the visitors were soon on the back foot as Chinnor won the inevitable aerial battle. 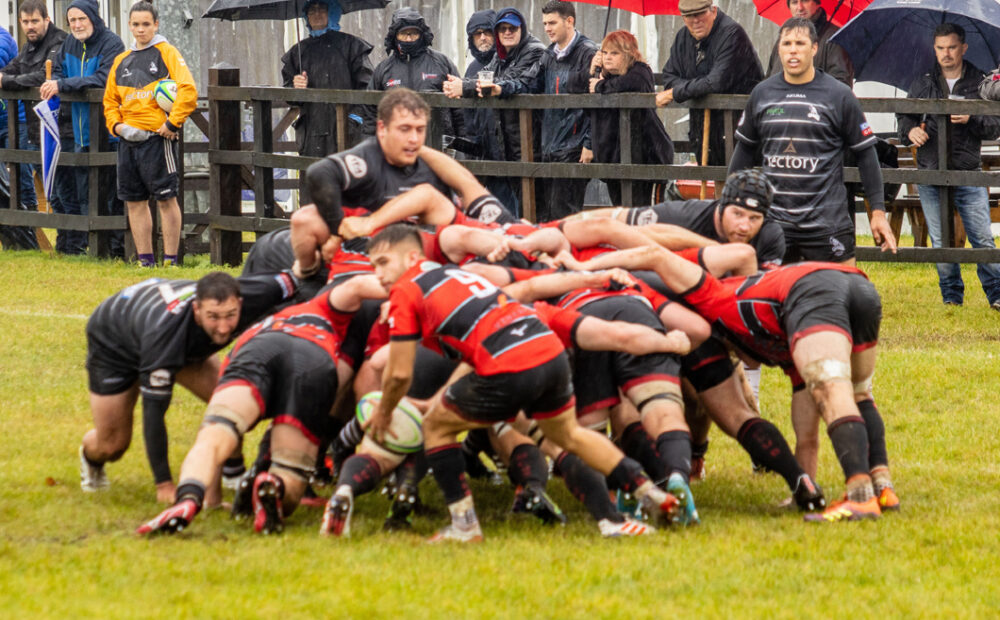 Number-eight Fred Tuilagi crashed over on 13 minutes, following a quickly taken tap-penalty by Luke Carter, and half-back partner Nick Smith’s crossfield kick soon after saw the hosts picking and driving through the heart of the Club’s defence for Max Clementson to touch down beneath the uprights, outside-centre James Bourton adding both conversions.

The open-side added his second in the 35th minute after Smith latched on to Bourton’s high ball. Chinnor led 19-0 at the break with Blackheath hardly getting out of their own half of the field.

The rain eased significantly at the start of the second period, but it did little to alter the flow. 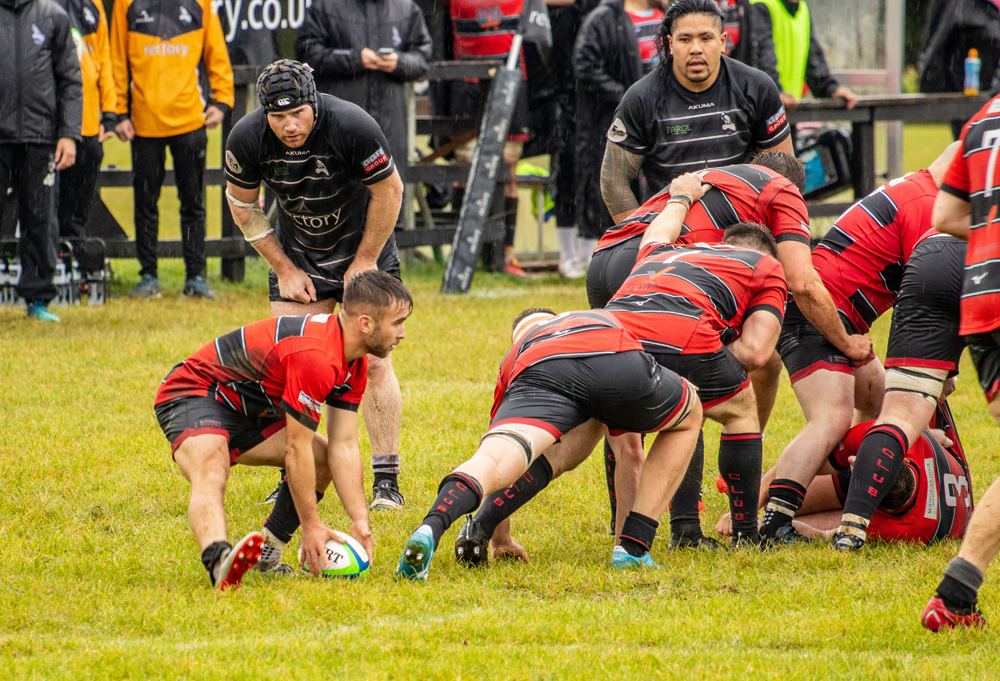 Carter and Smith combined after the restart to slice open the visitors’ midfield, for hooker Cameron Terry to cross, and when the ball was shipped to the right following a five-metre scrum for wing Ryan Crowley to dive over, Chinnor were moving out of sight at 29-0.

However, a couple of penalties saw Blackheath with a five-metre lineout, and on 66 minutes Tom Stradwick crashed over to notch up a first try.

Chinnor’s discipline continued to crumble, and Matt Meek was able to add Blackheath’s second in similar fashion, as home front-row Keston Lines was dismissed for a reckless challenge on Dan Hiscocks. 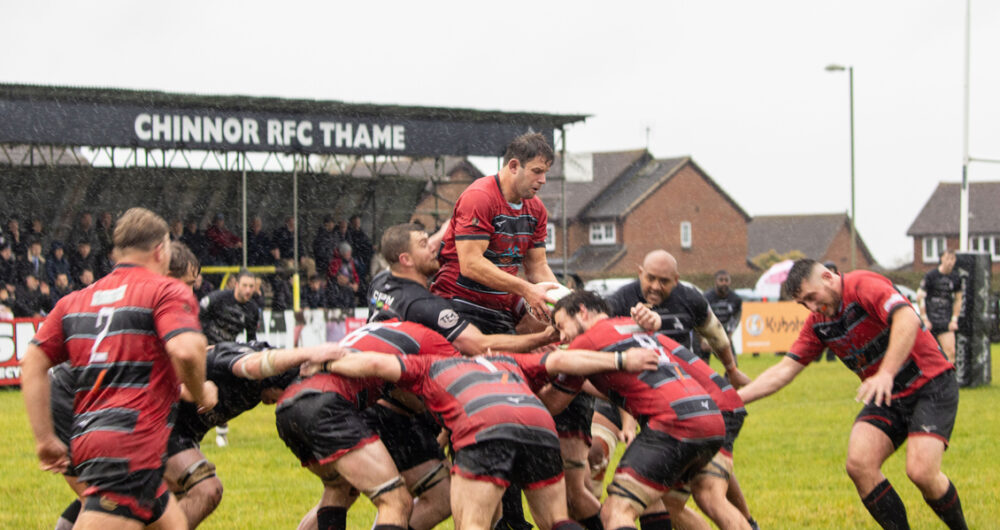 Second-row Willie Ryan and Conor Brockschmidt combined nicely for the latter to romp away for the hosts’ sixth score, but with the game loosening up, Ollie Claxton broke down Blackheath’s right flank to send Hiscocks on a diagonal run to the uprights.

With only two minutes remaining Jake Hennessey quickly drop-kicked the conversion, and as Meek caught Chinnor napping behind their own ruck, James Newey flicked a pass to Marcus Kershaw, the Club wing batting away three defenders to capture the four-try bonus. 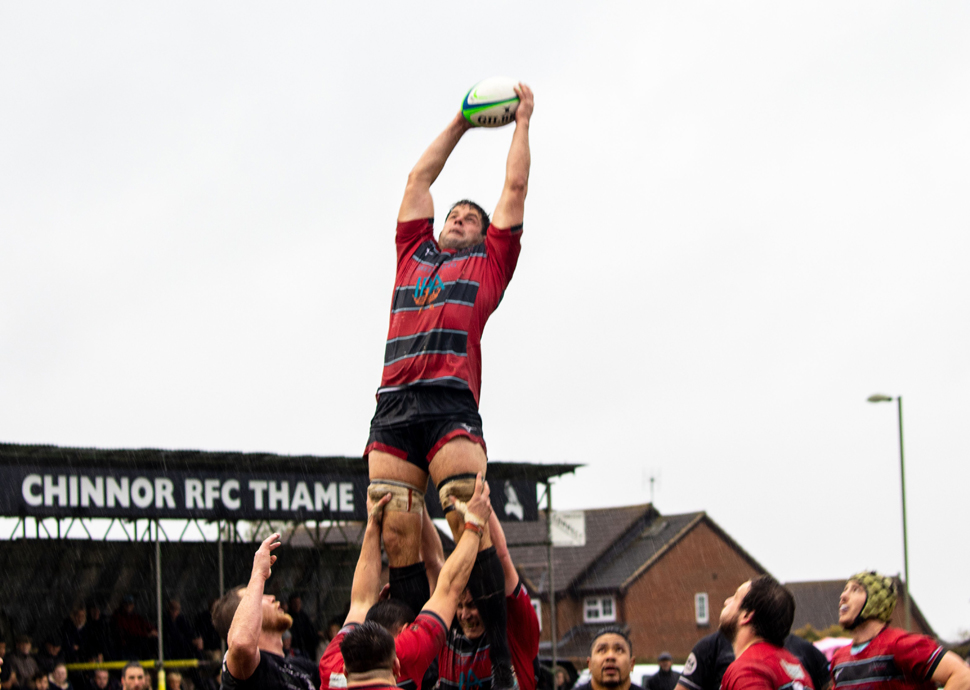 A second point was available should Sam Evans kick the difficult conversion, the fly-half duly obliging.

Blackheath return to home soil for the visit of Cambridge on Saturday, kick-off at Well Hall is at 3pm.