Elthamians were stunned by a storming Cambridge second-half comeback last Saturday as they lost an eight-try thriller at College Meadow.

Leading 20-7 after 52 minutes and camped in the visitors’ half, OEs looked to have taken a firm stranglehold on this entertaining National One contest.

However, the battling Blood and Sand turned the game on its head, scoring three tries in quick succession through the dangerous James Martin, Matt Dawson and Joe Tarrant to take an eight-point lead going into the final 10 minutes. 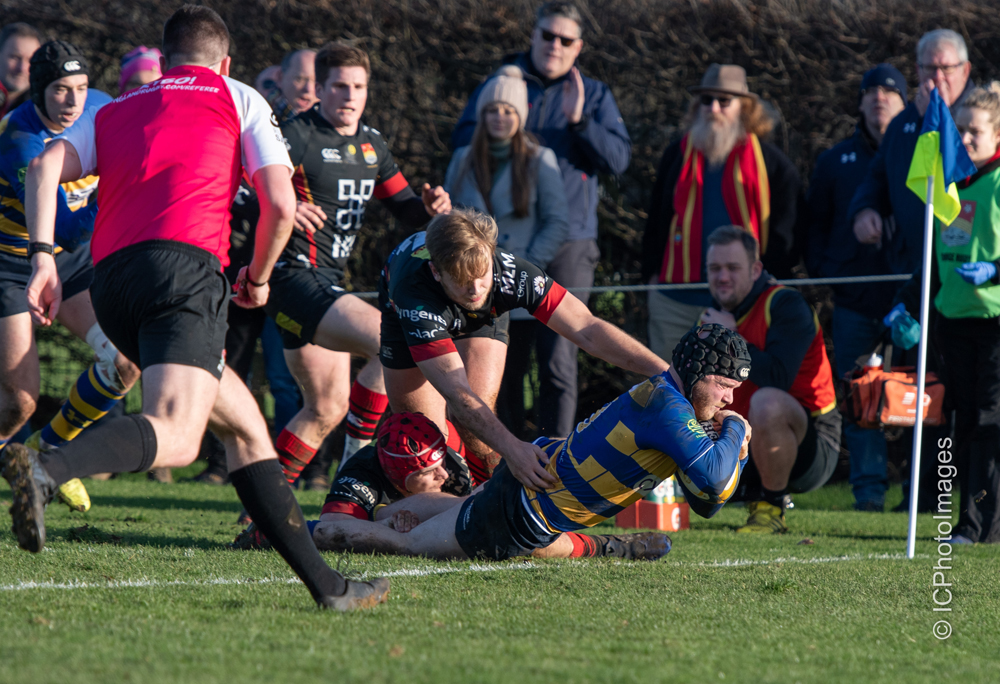 There was still plenty of drama to come as OEs promptly responded with a close-range try by captain Hamish Barton to cut the visitors’ lead to just three points and set up a frantic finale.

Deep into injury time, after good work from their forwards, they won a penalty which they elected to send to the corner rather than going for the kick at goal which would have levelled the scores.

It was a gamble that backfired as Cambridge lock Rob Conquest stole the resulting lineout and Elthamians’ final chance had gone.

It was a dramatic finish to a game that had ebbed and flowed throughout.

In an end-to-end opening 40 minutes, Cambridge took the lead on 18 minutes through centre Matt Hema, only for OEs to work their way back into the game when visiting captain Ben Adams received a yellow card for an infringement at a ruck.

The home side were quick to make their extra man advantage tell by scoring two tries in an impressive spell of attacking rugby towards the end of the half through Ollie Claxton and Ciaran McGann, making his first team league debut, to take a 10-7 lead at the interval.

When full-back Louis Brown touched down three minutes after the restart and Marc Kotekczky added a penalty, OEs looked to be heading for a second successive home win. But it signalled Cambridge’s best spell of the game as they left the home side reeling with that three-try burst.