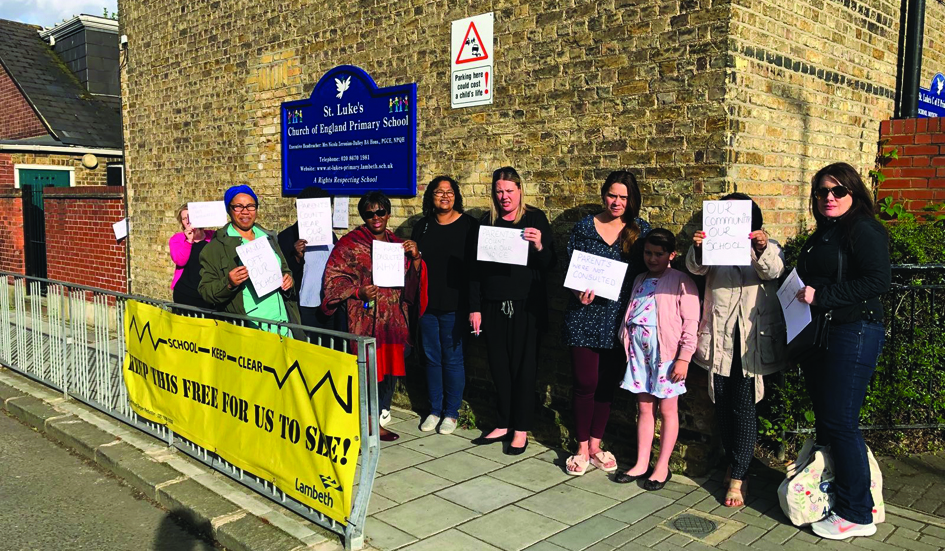 Parents campaigning against a school becoming an academy have succeeded in having the changeover put back a month.

But more than 200 families of pupils at St Luke’s Church of England Primary in Linton Grove, West Norwood, have been told the governors will push ahead with the switch on June 1.

They wrote to Education Secretary Damian Hinds begging him to stop the school opting out of Lambeth council control.

Teachers also reacted with fury to the move, after telling the school management they did not want academisation – but their bosses went ahead with the application to push it through.

Dulwich and West Norwood MP Helen Hayes urged the potential new managers, the Southwark Diocesan Board of Education Multi-Academy Trust – which also runs St Leonard’s and Christ Church Schools – to engage with parents on the issue.

But the federation is ploughing on – so the campaigners are stepping up their protests over what they claim is a lack of consultation about the move.

Parent Claire McDermott said: “There is nothing wrong with this school as it is now – it got an excellent rating in its last Ofsted report. It was rated ‘outstanding’ in two areas and ‘good’ in three only two years ago. So why risk changing it?

“We have been shocked by how little parents have been told and how quickly this measure has been pushed through.

“Academies do not have to employ fully-qualified teachers and a lot of them are doing it.

“And there is no evidence that being an academy will improve anything.”

Staff gave out leaflets at all three schools on the first day of the summer term – two weeks after the federation had first planned to make the switch, though it was delayed – and many parents had not heard they were becoming an academy.

Ms Hayes said: “St Luke’s is a popular primary school which provides a great education for local children. A number of parents have contacted me with concerns about plans for the school to become an academy.

“I am concerned at the problems experienced at other schools in my constituency related to academisation and I am therefore urging the school and Southwark Diocesan Board of Education to engage further with parents to ensure that all of their questions and concerns can be considered and addressed before a decision is made.”

The headteacher for St Luke’s Church of England Primary school declined to comment.