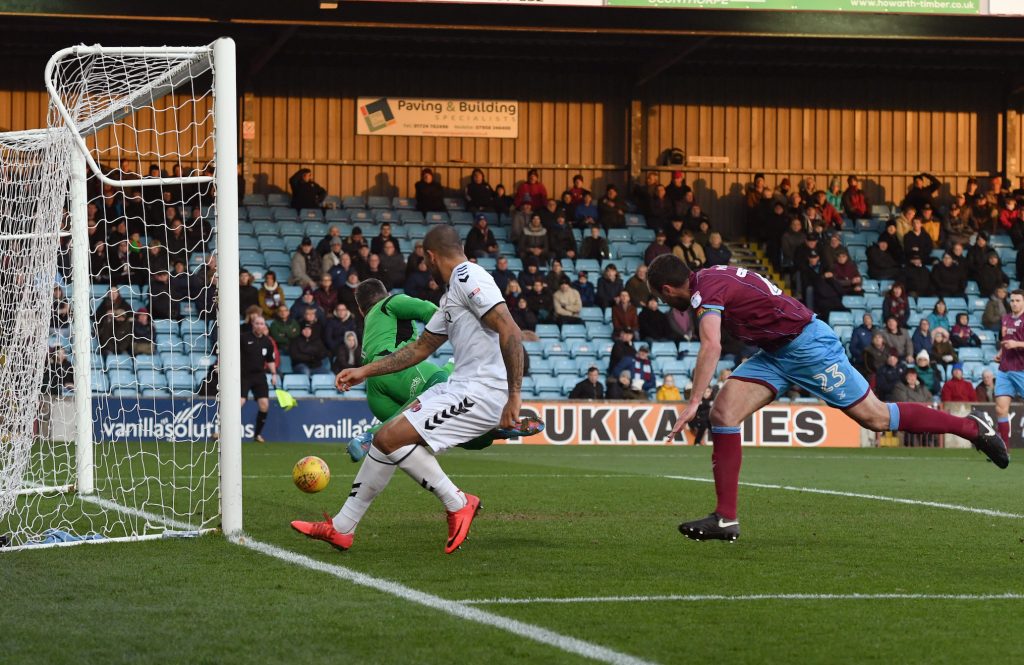 Charlton slipped to a first defeat in ten league games as a second-half brace from Josh Morris earned Scunthorpe United the spoils at Glanford Park.

The game marked Karl Robinson’s 400th of his managerial career, as well as Chris Solly’s 250th for the club , but neither were able to celebrate these landmarks with a favourable result. They would rue the number of chances created but not taken by the South Londoners in the first-half.

The visitors had the first sight of goal as Jay Dasilva seized on a loose-ball in midfield, before Mark Marshall acrobatically stretched to volley his cross wide at the far-post.

Charlton were organised at the back whislt looking dangerous on the counter attack in the early stages, and nearly took the lead just before the quarter-hour mark. Ricky Holmes slipped Marshall through on goal but home keeper Matt Gilks was out quickly to smother the winger’s effort.

The stopper was in action again soon after, reacting well to tip Josh Magennis’ header onto the far-post and out when he looked certain to score. Gilks then dived to turn Holmes’ drive from outside the area around the upright as the South Londoners looked for the opening goal.

Charlton stopper Ben Amos had to be alert to touch Tom Hoppers’ header over the bar after the Iron man stooped to make contact with a cross from the nearside, as it remained goalless at the break.

Iron substitute Duane Holmes fired straight at Amos from a tight angle in the opening exchanges of the second-period, before Magennis was off-target from the edge of the area at the other end after turning well.

The hosts edged ahead just beyond the hour-mark. Morris, who was only fit enough to be introduced at the break, curled a delicious free-kick beyond Amos and into the top corner.

The 26-year-old added an equally impressive second moments later, bending another effort into the back of the net and leaving a mountain for Karl Robinson’s shell-shocked side to climb.

Robinson introduced Karlan Ahearne-Grant into the fold as he looked to reply, but despite the Addicks pinning their hosts into their own half for large spells in the closing stages, they were unable to find a way back into the contest.