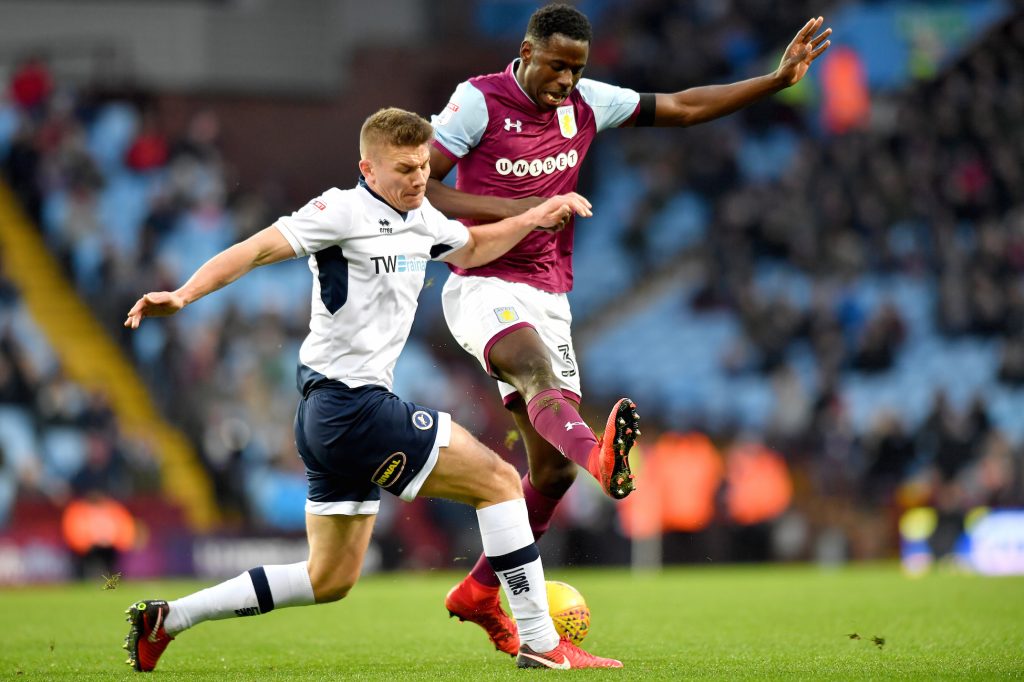 Shaun Hutchinson reckons his contract talks with Millwall boosted his game rather than proving a distraction.

The Geordie defender has been a star performer for the Lions and recently signed a new deal at The Den.

Millwall already had a 12-month option to boost his stay but opted instead for terms that run until 2020.

Hutchinson, 27, said: “The talks probably helped [rather than distracted] because I suppose if they offer a contract and performances dip then they’d ask ‘why are they dropping?’

“It was more of a confidence-boost, knowing a club wanted me here long term and would invest in me over a longer period of time.

“The gaffer wanted me to part of what he builds around in the future – that’s a compliment in itself.

“I’m over the moon to sign. When I first came to the club I had targets of where I wanted to be. The first season was promotion – we did that. The second season was to build a squad and compete in the Championship, I feel as if we’re doing that.

“I had another year on my contract but he obviously decided it was better for me and him if I signed for a few more years.

“In the first season I thought we’d finish top two. That didn’t happen but we made it up through the play-offs – the excitement was better that way.

“We have surprised everyone the way we have competed and if we were higher up the league I don’t think anyone could complain.

“The gaffer deserves a lot of credit for the recruitment and set-up.

“It’s only natural that a lot of teams will be wanting to know what Millwall are doing and why we are performing so well. There will be people watching our games and sniffing around our players. To get them tied down is better for the club.”

“If the season was to continue the way it is you’d probably say we have underachieved and deserve to be higher in the table. But that’s just the way it is.

“If we can keep everybody here in the summer, recruit some more and we’ve got good experience of a season in the Championship we can push on for the top half and have a good go.”